After spending almost two years trying to find a buyer for his West Hollywood abode, Harry Styles has lowered his expectations once again. The British singer has been trying to offload the four-bedroom, six-bathroom home since May 2017, when he stuck an $8.5 million price tag on the place, but perhaps it’s a sign of the times that he just can’t sell the thing.

The original ask would have earned Styles quite the profit, considering he bought the 4,401-square-foot residence for just $6.87 million in January 2016. Alas, he chopped $500,000 off in February 2018, before discounting it once again to $7.5 million in November 2018. Now, Styles is back with a newly adjusted ask of a touch under $7 million—that means he’ll be making only a tad more than he originally doled out for the house.

The sleek, modern estate is located behind gates right above the Sunset Strip, per the listing shared by Westside Estate Agency brokers Carl Gambino and Kurt Rappaport. Every single room in the house offers views of the city, and the layout features floor-to-ceiling windows that allow residents to reach the outside space from most areas.

The bright, airy home has a largely open floor plan on the main level, with white floors in the living and dining areas. The eat-in kitchen contains stainless steel appliances, white cabinets and black countertops as well as a large breakfast island.

The master suite has a private terrace, and there’s a cozy home theater and a gym. The 0.25-acre property also boasts a kidney-shaped pool, a spa, a few backyard lounging areas and a cabana.

The erstwhile One Direction–er apparently spends most of his time in London and New York now, so he doesn’t need another West Coast base just yet. For now, he seems to be holding onto his Manhattan apartment—he paid $8.71 million for a sprawling condo in Tribeca’s “paparazzi-proof” 443 Greenwich in 2016. 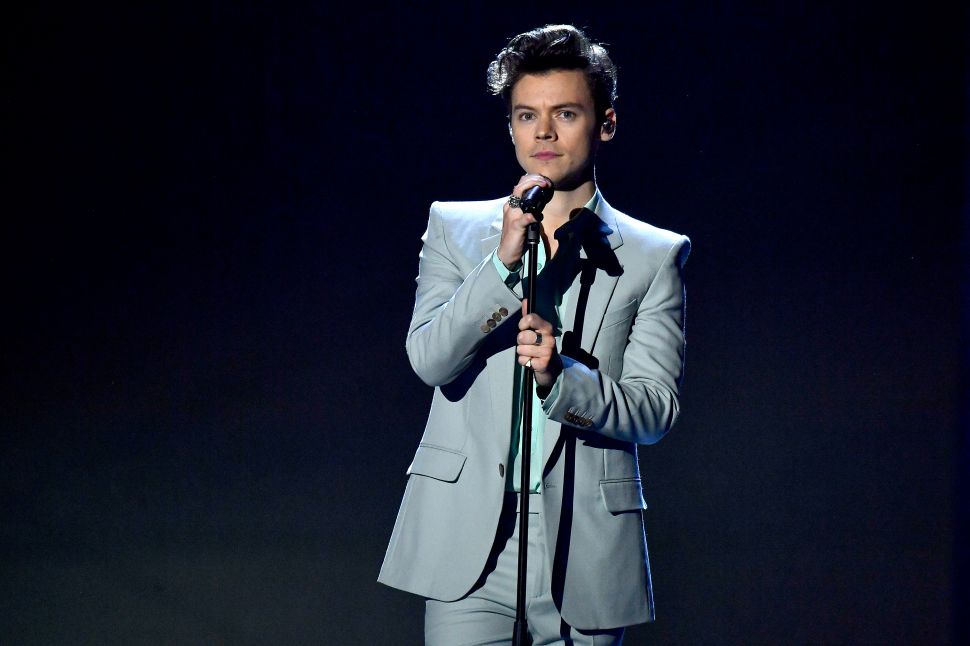