Before director Luca Guadagnino returns to the Call Me by Your Name universe, he’s got a few other projects on tap. That includes a new drama series for HBO.

Sources tell Observer that Guadagnino, who helmed last year’s attention-grabbing Suspiria remake, is in talks with the network on a new one-hour, eight-episode show tentatively titled We Are Who We Are. The 47-year-old filmmaker is directing the first two episodes as well as the season finale, and is writing the project with Paolo Giordano and Francesca Manieri. Lorenzo Meili and Riccardo Neri will executive produce. The series is expected to start filming in late May with production set to run through October.

What we know so far about We Are Who We Are is its setting, an army base in Italy, and that it follows two 14-year-olds named Fraser Wilson and Caitlin Harper.

Fraser is a detached teenager who hails from New York City. The series opens with him coming to terms with his new living circumstances on an Italian military base (with his mom, a newly-appointed colonel, and her wife) while also experiencing his own confusing feelings about his identity. He slowly gets to know a cluster of other army kids on the base as well as some local Italian teens, who all hang out at the beach, indulging themselves a little too much. Eventually he becomes close to Caitlin, and the two embark on a period of self-discovery over the golden summer. Their friends think that he and Caitlin are a couple, but Fraser is actually missing his friend from home, Mark, while also developing an innocent romantic connection with an older soldier named Jason.

Caitlin’s character is hard to describe—beautiful, sometimes disapproving, poetic. She has been living at the base with her military father, Richard Harper, and her mother, Jenny, for the past four years. She hunts and learns how to use a semiautomatic rifle with her dad, knows how to handle the engine of his fishing vessel and is a pretty formidable kickboxer. She and Fraser spend the summer figuring out themselves and each other through an intimate and complicated friendship.

HBO has yet to comment regarding this story. Representatives at Neri’s Lupin Film and Manieri’s I.P.C. International have confirmed Guadagnino’s involvement in a new TV series that Neri will executive produce and Manieri will co-write.

As Guadagnino has previously shown, he has a strong grasp on the story of youth coming into their own during a period of great self-exploration. And as HBO has proven on several occasions, it’s very willing to provide a creative safe space for more personal stories that don’t involve dragons or killer robots. This is one to keep an eye on. 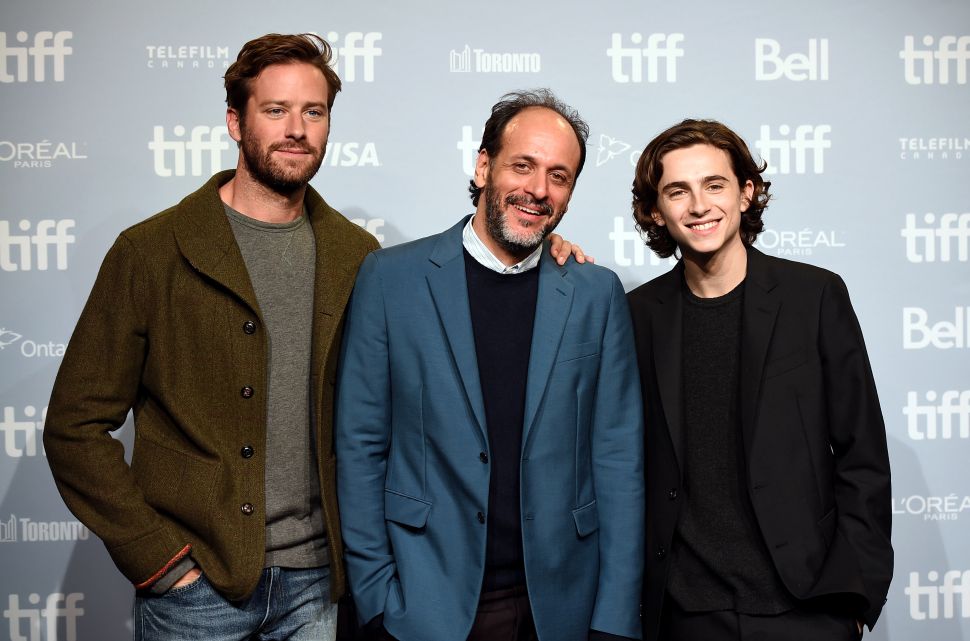 Filed Under: TV, Entertainment, HBO, CALL ME BY YOUR NAME, Luca Guadagnino, Suspiria, We Are Who We Are, Paolo Giordano, Francesca Manieri