Somewhere around the end of the first act of Isn’t It Romantic, lead character Natalie (Rebel Wilson), an Australian architect living and working in New York City, slams so hard into a subway pillar while being mugged that she eventually falls into a coma.

Most of the film takes place while Natalie lies in a hospital room unconscious, dreaming that she’s unwillingly trapped in the kind of saccharine and idealized rom-com that this movie simultaneously attempts to send up and also embody. But even by that early point in the film, the header into a steel column—after being kicked, punched, and dragged by her attacker—was not the first bit of physical punishment Natalie has endured. In the first few minutes, a runaway Halal cart knocks her to the ground, after which she is compared to a cement truck. A few moments later, her office mate and potential love interest Josh (Adam Devine, from Comedy Central’s Workaholics) likens her to a linebacker when she barrels though a couple that meets cute in Washington Square Park.

However one chooses to describe Natalie physically—and most in the audience will likely choose more generous descriptors than the movie’s screenwriters—never in the history of the genre has the heroine of a rom-com required the NFL’s concussion protocol as early and as often as she does in Isn’t It Romantic. To what degree this unusual injection of corporeal menace is a result of Wilson being one of the few larger-sized actresses to star in a Hollywood film of this type (or any type, for that matter) or a way to exploit the breakout star of the Perfect Pitch series’ penchant for physical comedy is in the eye of the beholder. On which side you fall on that question will likely end up determining whether you enjoy the film.

What the film does make clear is that Wilson is a talented movie comedian, one who is more than deserving of her own lead vehicle. But while she has a delightful mix of spirit and cynicism that makes her an ideal comic presence for the Internet age, I found myself wishing the film took better advantage of her gifts. Indeed, her devilish way with both one liners and songs (she goes to town on Whitney Houston’s “I Wanna Dance with Somebody (Who Loves Me)” and Madonna’s “Express Yourself” over the closing credits) far outpace her ability to do a pratfall, though the latter is constantly demanded of her. As it has been for the larger-sized comedians that preceded her—male and female.

It also would have helped if the film she starred in were as smart and clever as it pretends to be. Instead, the story, which has Natalie existing in a flower and cupcake-filled PG-13 fantasy world where office nerd Josh and Aussie real estate magnate Blake (Liam Hemsworth) vie for her affections, falls into many of the same genre traps and clichés that it aims to send up. For example, she is shown as successful at a high-pressure job despite being barely seen actually doing any work. More strikingly, the whole story pivots on her developing a sense of self-worth, which she manages to manifest within the course of a single speech.

The main comic force of the movie comes from the fact that though Natalie purports to hate romantic comedies, she knows everything about them and is secretly their biggest fan. (A funny pre-credits scene shows her at age 10 mesmerized by Julia Roberts in Pretty Woman, while her mother, played by Absolutely Fabulous’ Jennifer Saunders, instructs her that such stories are not meant for people like them.) Unfortunately, the filmmakers, who display the proceedings with a troubling flatness and noticeable lack of style, do not seem to share her passion. Rarely if ever has a film ostensibly about and informed by cinema been so thoroughly un-cinematic.

And un-emotional: that spark of love is also missing in action. Perhaps this is why the film chose to drop the question mark from its title. If it had been posed as a query, the answer would have been, no, not nearly enough. 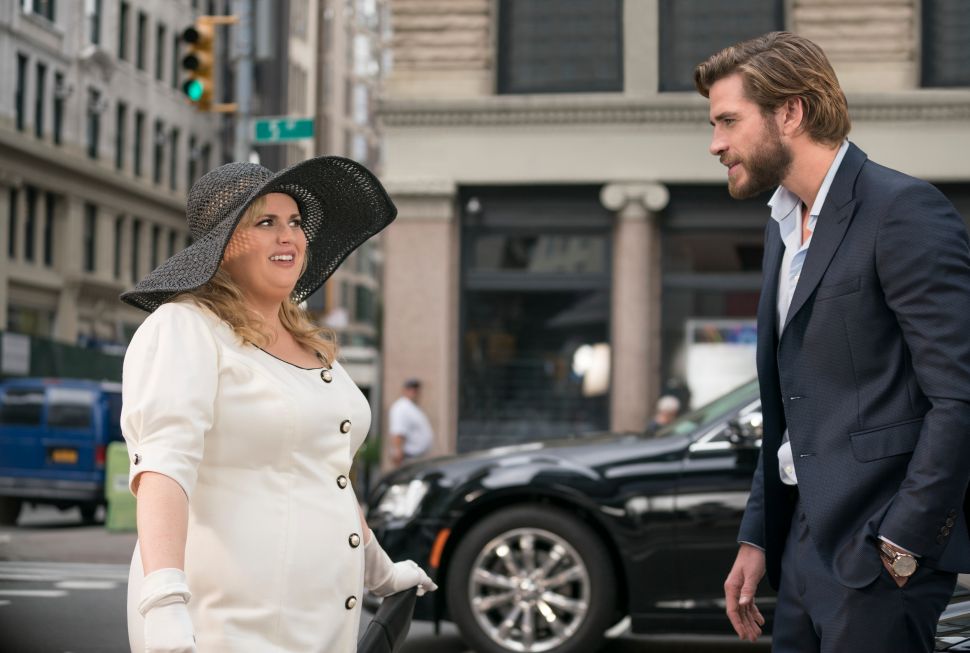