Katy Perry is many things: a genre-hopping blockbuster pop star, a Super Bowl Halftime Show veteran, a contributing participant in the legal battle between Kesha and producer Dr. Luke. But one thing she definitely is not is vegan.

Perry, like many other California denizens, has harbored a years-long obsession with In-N-Out burger, which is how she first fell for her now-fiancé, British actor Orlando Bloom, as she recently revealed on Jimmy Kimmel Live!

“Actually, In-N-Out plays a big role in my life,” Perry told Kimmel on Monday evening before describing how the couple got engaged this past Valentine’s Day (that story involved champagne and a helicopter ride, natch). “We bonded over an In-N-Out burger about three years [ago] at the Golden Globes. He stole one off of my table. I was sitting with Denzel Washington and he took it and I was like, ‘Wait, who—oh, you’re so hot! Fine, take it.’ And then I saw him at a party, and I was like, ‘How are those onions resting on your molars?'”

Folks, this story has everything: gratuitous name-dropping, humble-bragging about being invited to the Golden Globes, star-crossed romance and highly addictive meat!

Perry wasn’t lying about being obsessed with In-N-Out Burger. Over the years, her infatuation with the delicious fast food has been well documented. While on tour in 2017, Perry gave a shout-out to the plant-based Impossible Burger while reaffirming that she would never actually quit In-N-Out burgers to commit to the meat supplement full time.

And the carnivorous “Roar” singer actually ordered burgers for all the attendees at the Golden Globes in 2016, which actress Brie Larson talked about on Instagram at the time. “Katy Perry had a round of In-N-Out burgers for everybody, hot and fresh,” Larson said. “I’ve been feeling like I’m in a dream.”

To round out her paean to the beloved West Coast chain, Perry admitted that the only reason she agreed to appear on Kimmel’s late-night talk show this week was because she was hungover and craving In-N-Out, which was conveniently located close to the show’s studio. She even went on to post a video of herself munching on the aforementioned hamburger in a shiny gold gown later in the evening. Because celebrities: They’re just like us. 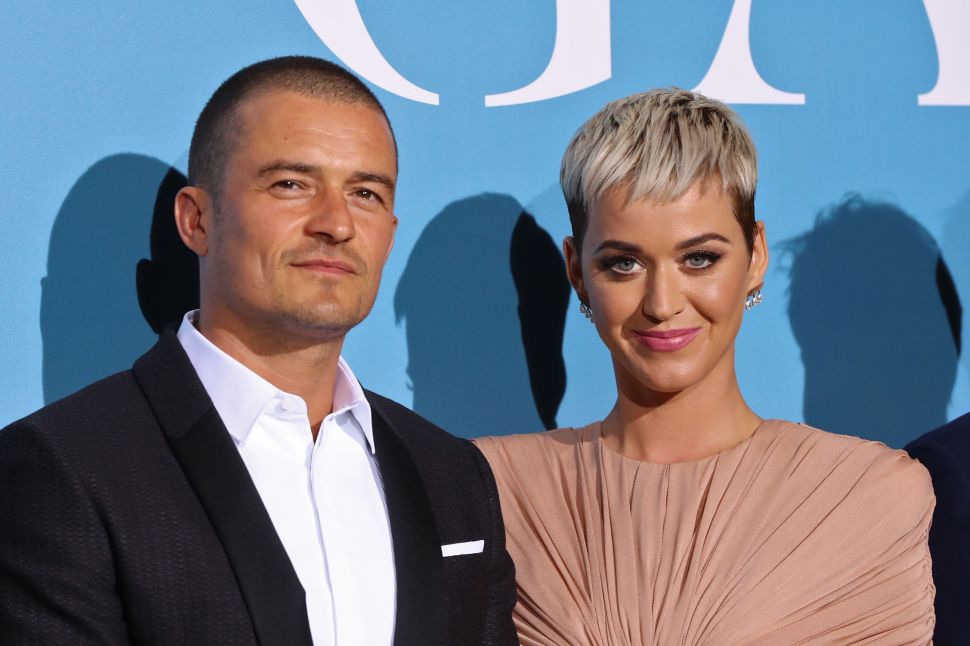