When taking a mixology class from Michael B. Jordan, it’s important to recognize that your finished product won’t look anywhere near as good as the flawless, light pink, gently fizzing marvel in his long-stemmed martini glass.

The inventive staff at ‘Las Lap, a Lower East Side rum bar that Jordan himself helped open, have given this drink the royal name King Cuatro, and when you garnish your King Cuatro with a purple orchid and admire the effect, you will have to admit that compared to his bright, sunny, effortlessly smooth tipple, yours is unmistakably… chunky.

But you did your best! And anyway, though you suck at making drinks, you’ll have enjoyed the experience of basking in a celebrity’s undeniable glow.

Even softball interviews with Jordan were strictly off limits at Bacardi Mixology Lab, the New York event the Black Panther star hosted Wednesday evening, but no matter. He was still reeling from his 32nd birthday festivities, which he kicked off last Saturday with a party at Delilah in West Hollywood (Beyoncé, Drake, Jay-Z and Meek Mill were all present, but NBD). In the middle of his latest bash, his friends surprised him with a lavish Bacardi cake.

Plus, we’ve already memorized the King Cuatro recipe, whose central ingredient is Bacardi rum, natch. (One of Jordan’s innumerable partnerships and side projects includes a short film about the brand’s origin story that he directed last year.)

Here’s how to whip up the just-sweet-enough beverage, which would make the perfect aphrodisiac for your spouse/partner/fuck buddy du jour this Valentine’s Day:

Muddle the blackberries thoroughly in a tin (I didn’t do it aggressively enough, hence the chunkiness). Add the remaining ingredients (minus the prosecco) and ice in whatever order you choose. Shake everything up and strain it over a coupe glass. Finally, top it all off with a splash of that prosecco.

Et voilà! We guarantee it’ll be sexy and delightful—just like its gracious, gregarious host. 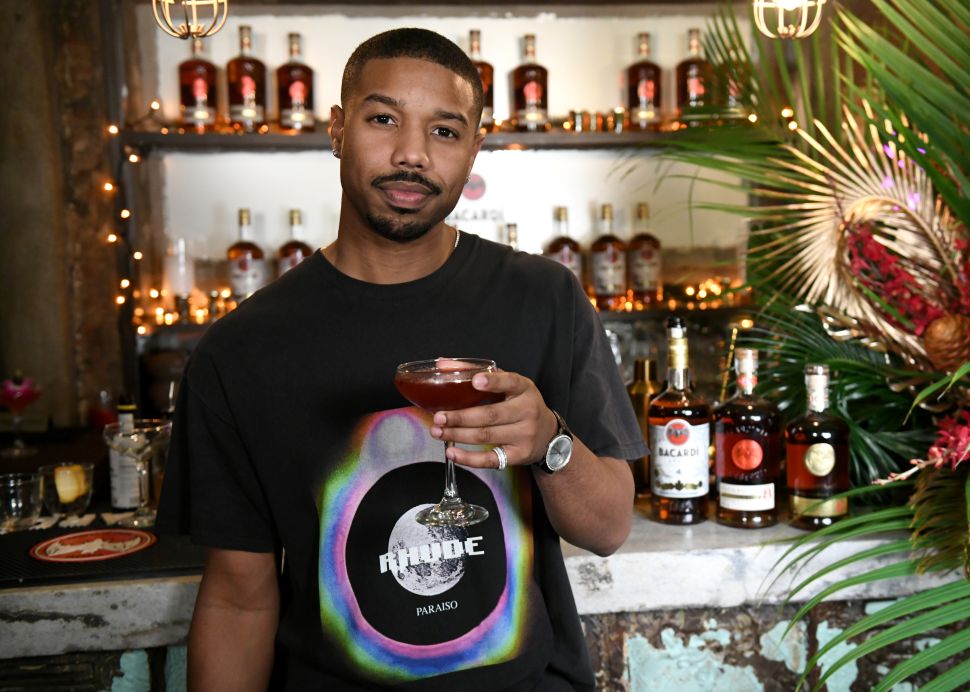