Last month, the U.S. government formally filed 13 criminal charges in Brooklyn, N.Y. against Huawei, its affiliates Huawei USA and Skycom, and its chief financial officer Meng Wanzhou, alleging financial fraud in violation of Iran sanctions. This paves the way for the proceeding to request extradition of Meng Wanzhou from Canada where she is currently being released on bail. Simultaneously, in a separate 10-count indictment filed in the Western District of Washington, the U.S. accused Huawei of stealing trade secrets from T-Mobile. The two indictments read like crime novels. If the alleged details are proven to be true, this could be a tipping point in the long saga about Huawei’s rise as China’s “national champion.”

The episode raises an important question: Is it now time for China to reconsider its “national champion” narrative?

The arrest of Meng Wanzhou in Canada, coupled with America’s global campaign to undermine Huawei’s rise on security grounds, has aroused nationalist support in China for the world’s largest telecom equipment manufacturer and second largest smartphone maker. The indictments follow a U.S. Justice Department criminal investigation of Huawei that began in April 2018. Up to this point, many techies and commentators in the U.S. were still willing to give the company the benefit of the doubt. This may now change.

Of course, as the U.S. Justice Department cautions, the charges contained in the indictment are only allegations. In the United States, a defendant is presumed innocent until proven guilty beyond a reasonable doubt in a court of law. But the details in the unsealed court documents seek to paint a picture of Huawei fostering a predatory corporate culture that is not only weak in risk-reward analysis and internal controls, but also rewards over-aggressive competitive behavior and commercial misappropriation without regard to legal compliance or business integrity. Both Huawei and Meng have issued statements denying any wrongdoing.

As reported by Beijing-based media group Caixin, China’s State Council Information Office called the U.S. indictments against Huawei “unfair and immoral.” Chinese society, under the sway of the state media, is expected to rally behind Huawei. So far, the details of the indictments have generally not been discussed in China’s social media. In the eyes of the general public in China, Huawei is a victim of America’s attempt to “contain” China in its race to 5G dominance.

And yet, China’s “national champion” narrative surrounding Huawei has long been predicated on an intrinsic paradox: Huawei’s long-held insistence that it is a privately-owned enterprise that operates without being Chinese government’s “white glove” or “long arm” is hard to square with China’s robust, even over-zealous, defense of Huawei and Meng Wanzhou, including detaining two Canadian citizens. These actions have invited speculation that the relationship between the state and the company is anything but arm’s length.

Wilbur Ross, the U.S. secretary of commerce, stressed during the indictments announcement that the indictments are purely law enforcement matters and should be dealt with separately from the ongoing trade negotiations with China. While this may be the case, the accusation of intellectual property theft in an effort to gain unfair advantage in the global marketplace will undoubtedly ring a bell in the highly contested trade discussions involving China’s overall trade practices. In light of this, China’s continuing unchecked defense of Huawei could backfire by both reinforcing the U.S. narrative on IP infringements, as well as strengthening national security concerns on the U.S. side.

One must always be wary of reading too much into public announcements of legal proceeding. Nevertheless, the two indictments have undeniably generated tremendous public interest in the West, particularly with respect to specific allegations.

According to prosecutors in the Eastern District of New York, Huawei misrepresented its relationship with an Iranian affiliate in order to continue its work with banks and officials to circumvent American sanctions. Meng Wanzhou personally made the representation through a PowerPoint presentation delivered in New York. The court document includes the English translation of Meng’s talking points for the meeting, retrieved from an “electronic device” that Meng was carrying when she arrived at John F. Kennedy International Airport in New York. According to court documents, the file appears to have been deleted.

According to the indictment filed in the State of Washington, starting in 2012, Huawei began a coordinated effort to steal information on a T-Mobile phone-testing robot dubbed “Tappy.” Tappy was a valuable trade secret to T-Mobile because it enhanced the brand’s overall value proposition to its customers. In an effort to build their own xDeviceRobot, Huawei engineers allegedly violated confidentiality and non-disclosure agreements with T-Mobile by secretly taking photos of Tappy, taking measurements of parts of the robot, and in one instance, stealing an arm of the robot so that the Huawei engineers in China could try to replicate it.

After T-Mobile discovered and interrupted these activities, and then threatened to sue, the indictment alleges that Huawei produced a false internal investigation report claiming that the theft was the work of rogue actors within the company. In other words, Huawei allegedly chose to cut loose two employees in order not to implicate other co-conspirators and Huawei corporate entities in the United States and China.

The Department of Justice complaint identifies a laundry list of emails showing the conspiracy to steal secrets from T-Mobile was a company-wide effort involving many engineers and employees within the two charged companies in China and the United States. Most damagingly, the complaint also alleges that as part of its investigation, the FBI obtained emails showing that in July 2013, Huawei in China announced internally that it would dole out bonuses to employees based on the value of information they appropriated from other companies around the world and provided to Huawei via an encrypted email address.

The criminal charges stem from T-Mobile’s civil lawsuit against Huawei. In May 2017, a jury awarded T-Mobile $4.8 million in damages. This is not the first time that Huawei has been accused of IP theft: Motorola and Cisco both filed suits against Huawei for similar violations. In 2003, Huawei admitted a small portion of its router software was copied from Cisco, but indicated it was removing the tainted software from its routers globally. Subsequently, Cisco dropped its patent infringement lawsuit against Huawei in exchange for a promise from the company to modify its product lineup.

U.S. officials and legislators have repeatedly raised concerns that Huawei’s technology could serve as a “backdoor” used by the Chinese government for espionage, a claim the company has vigorously denied. Last month, Ren Zhengfei, Huawei’s founder, said to a group of reporters that “the company has never been asked to provide information on a client… I love my country, I support the Communist Party of China, but I will never do anything to harm any other nation.”

The Huawei indictments have occurred at a sensitive time, just as the Chinese trade delegation led by Vice Premier Liu He was set to arrive in Washington D.C. to resume the difficult negotiations. Considering its trade negotiation strategy, the indictments could potentially put the Chinese government in a bind. The Chinese government has a vested interest in protecting its “national champion” from divulging sensitive information about its technology ambitions, so it will be loath to cut loose Huawei or Meng Wanzhou to protect the trade talks. On the other hand, going to great lengths to protect Huawei will risk reinforcing the impression, rightly or wrongly, that the interests of the state and Huawei are linked.

One of the most contested issues in the U.S.-China trade negotiations is the future of China’s “Made in China 2025” plan. According to its dissenters, the plan poses a fundamental threat to the existing rules-based international trade order because the state could exercise various undue influence, including forced intellectual property transfers, to unfairly give domestic companies a leg up.

At some point, perhaps soon, the Chinese government may be forced to decide between supporting a national champion and achieving larger national goals. In that context, the Chinese government may be unwilling to give its unfettered endorsement to a specific private company’s commercial conduct, even if that company is currently helpful to China’s 5G ambitions. In business as in boxing, there is always a new champion.

The story of the rise of Huawei as China’s “national champion” is inspiring and heart-warming, but it also carries the risk of cross-contamination. Perhaps it is time for Chinese society to embrace a different paradigm for championship—one that values winning on merits and with honor above winning at any cost and in any manner.

By throwing its weight behind Huawei, China is essentially vouching for Huawei’s integrity. But isn’t that backwards? To have the nation-state and a self-proclaimed private enterprise team up in a three-legged race carries far more risk for the government than is usually appreciated. Wouldn’t the best legal strategy for Huawei, and in the interest of the Chinese government, be to have a strong defense team vigorously clear the company’s name in courts, while improving internal and other management controls, without relying on government retaliation? 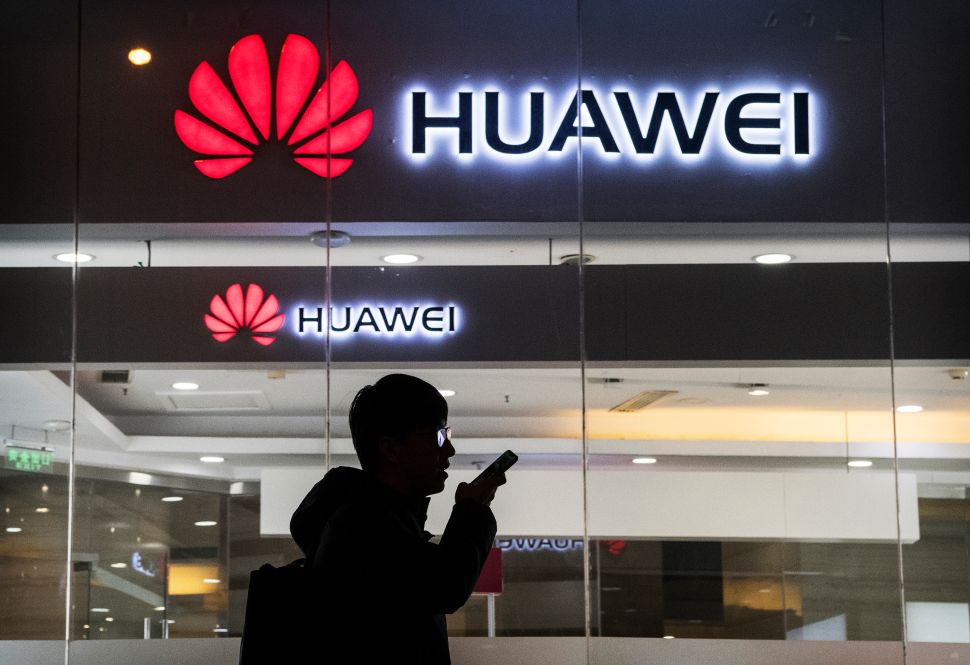