In the world of aspirational lifestyle content, a lot of hot air about Instagram influencers and low-calorie smoothies gets bandied about. But the woman we should really aspire to is Ina Garten, host of the Food Network show Barefoot Contessa and the author of 11 cookbooks, all of which advocate for her signature brand of easy elegance.

Barefoot Contessa has been on the air in a midmorning time slot since 2002, but this week Garten took a break from her regularly scheduled programming to go day drinking for a segment on Late Night With Seth Meyers. Unsurprisingly, she was a pure delight acting as the winsome voice of reason while Meyers slammed cocktail after cocktail with escalating abandon.

It was completely charming and totally illuminating: Garten is a comic whiz who shines in an interview setting, and she can more than play ball when it comes to slapstick. Why couldn’t she have her very own late-night talk show? Hell, why couldn’t she take over The Tonight Show? Jimmy Fallon is charming enough, but let’s be real: The man hasn’t made the best judgment calls, historically.

When it comes to food programming, Garten serves as a relatable avatar, the person we can one day picture ourselves becoming if everything goes exactly according to plan. Writer Choire Sicha articulated her everywoman appeal beautifully in his 2015 profile of Garten for Eater: “Shopkeeper Ina, TV Ina, and cookbook Ina are and are not about domesticity. Ina-ness is about coziness, but it’s not ever about the woman’s place being the kitchen. It’s less sexist, and definitely more sexy.”

Despite Garten’s success, many common misconceptions still exist about food coverage. One pervasive misapprehension is that cooking is a soft skill perfected by homebodies, but the Travel Channel’s Anthony Bourdain: No Reservations served as an irresistible counterpoint to that assumption by sending its host to every corner of the earth to sample the most extreme cuisine available. When the viewer saw food through Bourdain’s wondering, analytical gaze, it suddenly seemed intellectually challenging—a puzzle rather than mere sustenance.

Another thing that made Bourdain’s show distinctive was its airtime. Like talk-show host mainstays such as David Letterman, Jay Leno and Jon Stewart, Bourdain materialized on television screens long after night had fallen to relay his culinary dispatches from Iran and Cuba.

To this day, reruns of his CNN show Parts Unknown begin airing at 10:30 p.m., affording the tragically departed host, who committed suicide in 2018, the prime-time gravitas he so thoroughly earned over the course of his extraordinary career.

“Celebrity chefs” like Bourdain, Garten and Salt, Fat, Acid, Heat host Samin Nosrat are worthy not just of their own programming, but of an actual evening slot—you know, when massive audiences are actually watching television. Networks relegate food content to the crack of dawn, or to the middle of the day or even to Netflix as niche programming that only appeals to certain people, but the fact is, culinary series are more vital and widely watched than ever.

In other words: Ina Garten hosting her own late-night show? We’ll drink to that. 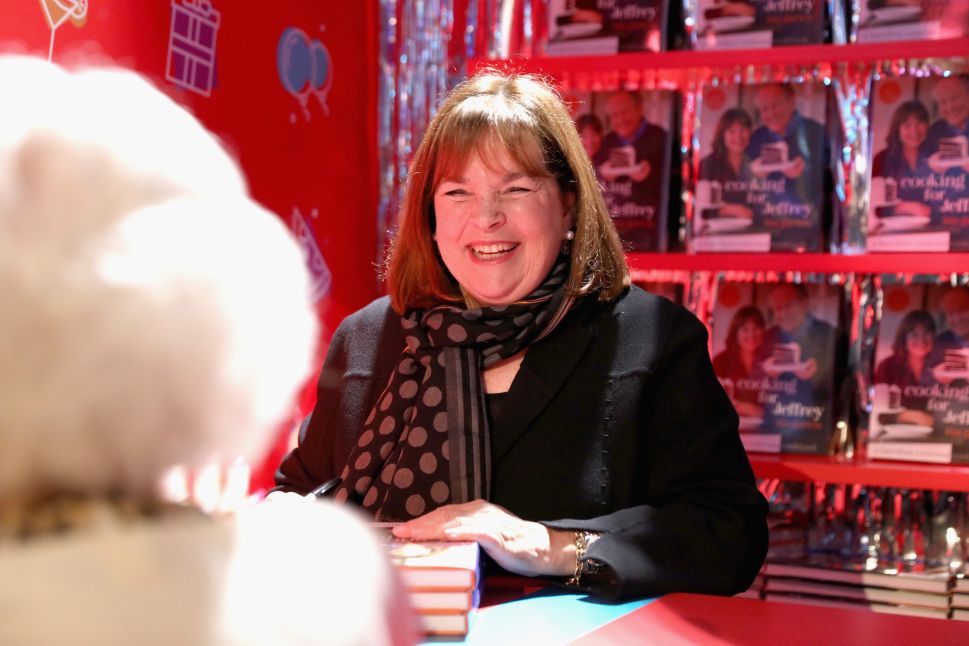