It’s not just a couple of businessmen with deep pockets that are eyeing the race. There’s also the chance a disgruntled Democrat like Tulsi Gabbard or socialist Bernie Sanders takes the plunge. And no one can rule out a Republican like Maryland Governor Larry Hogan, Nebraska Senator Ben Sasse, former Arizona Senator Jeff Flake or ex-Tennessee Senator Bob Corker providing a challenge. Can a candidate with an “I” label, for independent, prevail against those with an “R” or “D” next to their name in a presidential election.

Political scientists are generally pretty dismissive of the chances an independent candidate has. Many believe that few voters are truly independent, claiming that most voters are Republican-leaners, or lean toward the Democratic Party. They feel that fewer than 15 percent of voters can truly be considered independent.

But Gallup polls consistently show that between a third of voters to close to half consider themselves moderate, not liberal or conservative, as Schultz supporters point out. To answer the critics, if someone prefers strawberry, the fact that they still order ice cream on a hot day does not mean they prefer vanilla or chocolate, if those are the only two flavors available in the shop.

What if voters had a meaningful option? What if strawberry lovers could order what they wanted on the menu?

There have been more than 300 governor races and nearly 400 senate elections. Of those nearly 700 contests, only eight independents have won (two U.S. senators and six governors). But this assumes there was always an electable independent. In only 12 percent of those contests did a candidate get more than five percent of the vote, creating a viable choice for the voter. So in roughly 10 percent of all vaguely viable challenges, a candidate without a party wins.

The independent winners have been an eclectic bunch, ranging from ex-GOP Senator Lowell Weicker in Connecticut to former wrestler and actor Jesse Ventura in Minnesota to ex-Governor Wally Hickel who once flirted with presidential ambitions and made a comeback with the Alaska Independence Party. And those two Senate independents, Bernie Sanders of Vermont and Angus King of Maine, are still in office, having been reelected in 2018. While Sanders is a far-left politician, King splits his votes between the Democrats and Trump, though he caucuses with the Democrats, as Sanders has done. And King was also an independent governor of Maine too.

To see how independents have navigated the political spectrum to victory, I looked at three cases from 2014, where independents mounted serious challenges.

Former GOP politician Bill Walker challenged Republican Governor Sean Parnell, who had assumed the office once former VP candidate Sarah Palin split the scene. He crafted a unity ticket with his Democrat rival, and challenged the incumbent as a maverick. Despite trailing in some polls, and suffering the “independents can’t win” skepticism, Walker prevailed against the sitting governor.

Walker did have to deal with criticism by both parties, something Schultz, Bloomberg and other would be challengers must consider. It’s what Weicker had to face as well during a tumultuous debate over raising taxes. Like Weicker in 1994, Walker chose not to run for reelection to help the Democrat in the race in 2018 to no avail.

The Sunflower Surprise: Kansas in 2014

Kansas GOP Senator Pat Roberts, a fixture in the House of Representatives and U.S. Senate, looked to win another term easily in 2014. Early in the year, he held double-digit leads over Chad Taylor, the Democratic nominee, and still maintained a lead in the summer. But when businessman Greg Orman threw his hat into the ring, the polls showed the independent ahead of Senator Roberts, surprising pundits. Orman continued to lead the Kansas GOP, and Taylor dropped out, giving the non-partisan businessman a chance. In two out of every three polls, Orman was shown to be ahead. In addition to picking up support from Democrats, some Republicans even swung toward the independent candidate.

On Election Day, it was Roberts who provided the surprise, winning 53 percent to 43 percent (with a Libertarian taking five percent). It was a disappointment for Orman and Democrats who dropped out to support him, but it was still a showing well below Roberts’ usual landslide wins.

Bombastic Maine GOP Governor Paul LePage never won 50 percent in his gubernatorial races. He won the GOP primary in 2010 with just a little more than a third of the vote. He narrowly bested independent candidate Eliot Cutler 37.6 to 35.9 percent, with a Democrat taking just under 20 percent and two other independents splitting six percent. LePage went on to become a fixture on “politicians say the darnedest things” lists.

A top ranked Democrat, Mike Michaud, took the plunge in 2014, challenging LePage. Independent Cutler made a second run for office that year as well, and refused to yield, even as he trailed in third place by a wide margin. When the dust had settled, Cutler took 8.5 percent of the votes, siphoning away just enough support from Michaud to give LePage another term, with less than 50 percent of the vote again.

What an Investigation of Independents Reveals

In analyzing these three independent challenges for a chief executive position in America, we find that independents can win, if they can formulate a ticket that unifies members of both parties, as witnessed in Alaska. If one party steps aside to let an independent run, it doesn’t guarantee that independents and the party that withdraws will unite, as discovered in Kansas. As the case of Maine shows, an independent running a distant third can throw the race for an incumbent.

As for presidential contests, independents have fared better. Since 1788, 14 of 58 (24 percent) independent candidates have crossed the five percent threshold, better than races for lower office. Though we’ve only had one independent president (George Washington), we’ve seen candidates approach 20 percent (Ross Perot), win several states (George Wallace) and play a spoiler role (John Anderson). Sure the chances aren’t great of this happening in 2020, but as statewide races have shown, when given a chance, those 35 percent to 45 percent of independents have voted for strawberry ice cream when it is on the menu, instead of the vanilla and chocolate flavors typically offered. 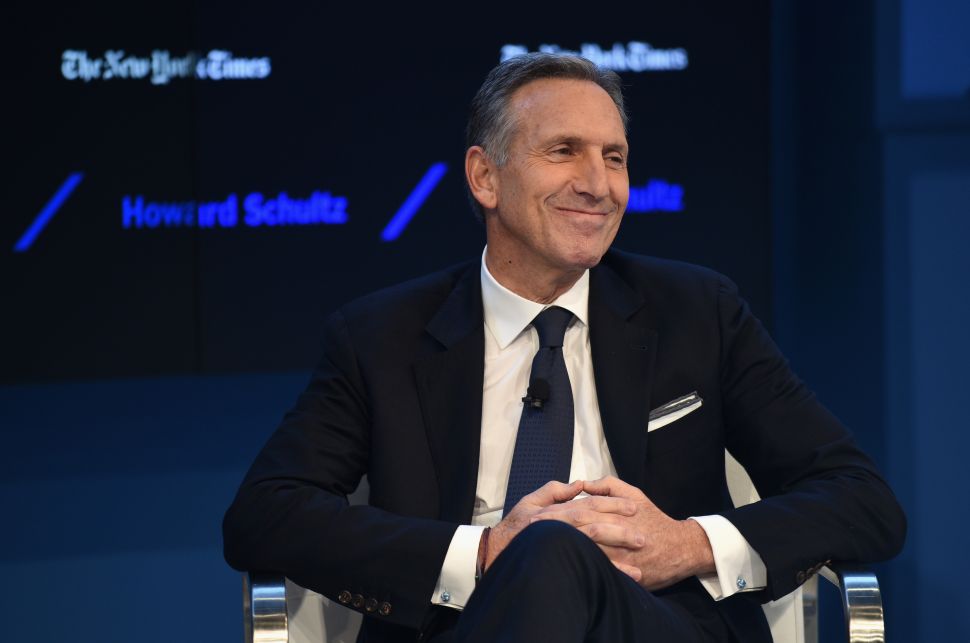