The Chateau Marmont hotel in Los Angeles is known for many things, though some of our personal favorites include that time Lindsay Lohan got kicked out of it for a $46,000 unpaid bill and the truly horrendous “fiction” story James Franco wrote for Vice that recounts him visiting a character named Lindsay Lohan at the hotel and reading her J.D. Salinger (it came out after the real Lohan’s now-infamous sex list surfaced).

If you’re still a serious fan of the Marmont but are looking for more than just a room for the night, consider Franco’s former pad, which happens to be right across the street from the legendary celebrity haunt.

Franco’s erstwhile West Hollywood abode is now back on the market, as first reported by Yolanda’s Little Black Book. The actor-director-writer-education enthusiast purchased the four-bedroom, five-bathroom house for $2.4 million in 2006, before he secured his status as the industry’s most famous multi-hyphenate. He remodeled the entire 5,215-square-foot residence and then sold it for $3.3 million in 2010. And now that buyer is ready to decamp the circa-1923 house, having thrown it back on the market for just a touch under $7 million.

The sleek, contemporary interiors of the space feature built-ins and wood-beamed ceilings throughout, in addition to dark-stained floors. The kitchen is equipped with black cabinetry, a white subway-tile backsplash and marble countertops, and it contains a center island and a fancy screen piece that separates it from the dining space.

A living room has an enormous fireplace and wood paneling, while an additional den contains a built-in media console. The airy master suite has more wood-beamed ceilings, as well as a very large walk-in closet and sliding doors that lead to a 19th-century marble bathroom. Other spaces include a den with a clear plastic egg chair suspended from the ceiling and a gym with multiple spin bikes and a massage table.

There are various “entertaining terraces” that overlook the pool, plus a guest house, full outdoor kitchen and modern silver fireplace outside.

We’re not sure where Franco put down roots most recently, as he offloaded a very quirky Silver Lake property in late 2017, netting $1.35 million in the process. Perhaps he’ll make his WeHo homecoming? 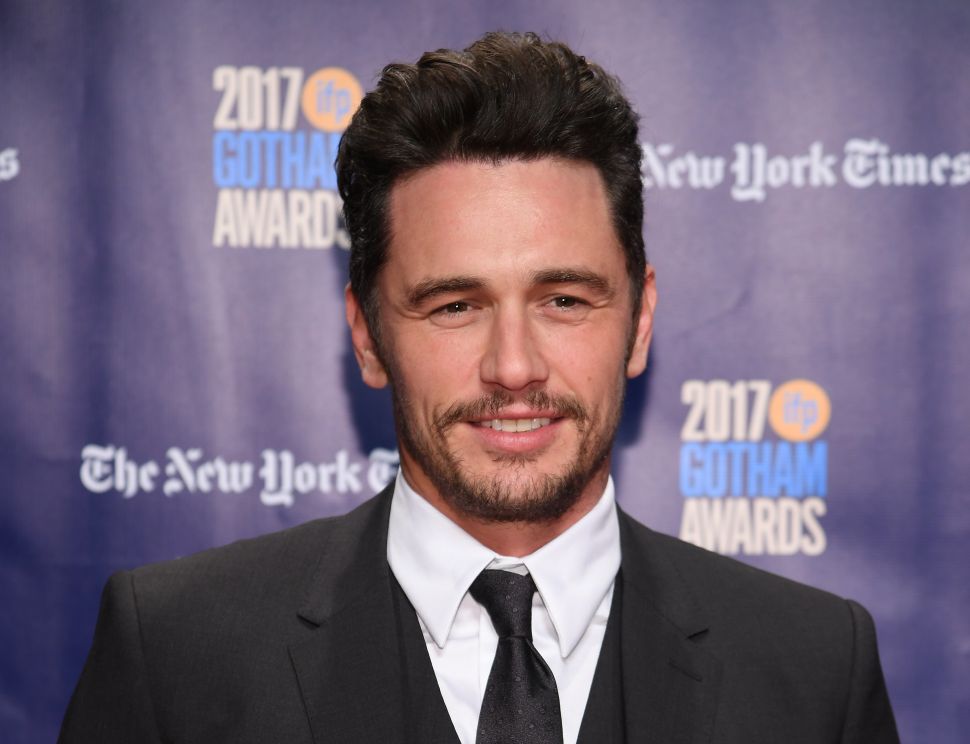