After 40 years at various locations on Madison Avenue, the Ronin Gallery, one of the world’s leading sellers of Japanese woodblock prints and original paintings, is closing its doors in April. But though it’s goodbye for now, it’s not forever—come September, the gallery will be reopening in a state-of-the-art new gallery space in Bryant Park on West 40th Street.

The current location, 425 Madison Avenue (the corner of 49th Street), “is certainly adequate in terms of exhibition space but not in terms of storage space,” said David Libertson, the gallery’s 31-year-old director and second generation owner of the Ronin Gallery, which boasts the largest collection of Japanese prints in the U.S. “The current space can hold 40 flat file storage units, but our new space will have more than 100, which is important since we have an inventory of between 10,000 and 20,000 works in the collection.”

Since the gallery is leaving its rental space and buying the ground floor commercial space in a cooperative building at 32 west 40th Street—the former Engineer’s Club, built in 1907—the savings over time “makes a lot of financial sense, considering the fact that I plan to run this business for another 30 or 40 years,” Libertson said.

The final exhibition in the current location, from March 14 through April 13, will offer a retrospective of the noted Japanese artists with which the gallery is identified, such as Hiroshige, Hokusai, Kuniyoshi and Yoshitoshi, and artists of the ukiyo-e period of the 17th through the 19th century. A press release promises “These works will be specially priced for this special event,“ so it might be the chance to pick up a bargain, if you know what you’re looking for.

Works by ukiyo-e artists became known to Europeans and those in the United States after 1854, when U.S. Naval commodore Matthew Perry entered Japanese waters and forced the island nation to open itself to trade with the West. Among the items that made their way across the oceans were woodblock prints, and they became highly influential on Edgar Degas, Edouard Manet, Claude Monet, Henri de Toulouse-Lautrec and Vincent van Gogh, as well as sparking a continent-wide trend called “Japonisme” in the late 19th century.

In the 1920s, Libertson said, his grandfather, a merchant marine radio operator, made a stop in Japan, purchasing “a trunkful” of Japanese woodblock prints “that catalyzed my family’s interest in Japanese art.” His parents became collectors of this material and, in 1975, opened their gallery on East 70th Street, moving a bit downtown and onto Madison Avenue a few years later.

Prices and interest in Japanese art in general and in woodblock prints of the ukiyo-e period in particular have fluctuated significantly over the years, he said. “Originally, Japanese prints were sold for the price of a cup of noodles, but, after Perry opened up Japan to the West, prints flooded into Europe and the U.S.” as interest and prices rose. The lead up to World War II and the years immediately afterward saw a decline in western interest and prices, but both began to spike in the 1980s, concurrent with the strength of the Japanese economy. “Art markets follow GDP growth,” Libertson said, adding that many Japanese nationals sought to repatriate the old woodblock prints and that a number of Japanese art museums were formed in that country, leading to higher prices. By 1990, the Japanese economy had cooled significantly, leading to lower prices and volume of sales.

Currently, Libertson said, there is a wide range of prices and artworks available. An 1830-35 color woodblock print by Hokusai titled Fugaku Sanjurokkei, from the series “Thirty-six views of Mount Fuji,” sold at Sotheby’s Paris in 2002 for $1,475,113, while an 1856-58 color print from Hiroshige’s “The One Hundred Famous Views of Edo” series fetched $792,828 at a Sotheby’s London sale in 2002. “What I love about Japanese woodblock prints is that you can buy an authentic Hokusai book plate for $100, which is the price of a poster.” 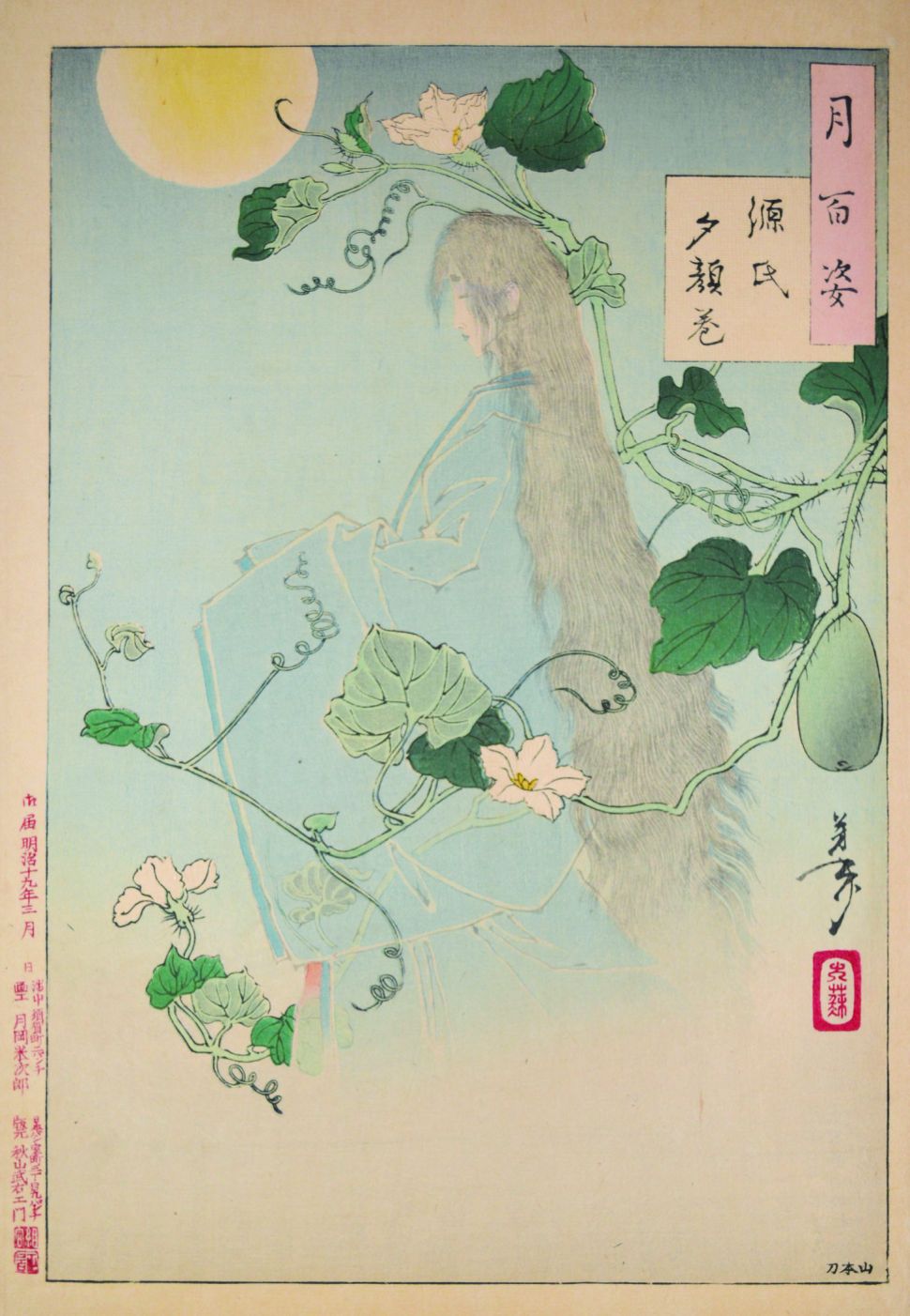