Amazon founder and CEO Jeff Bezos is famous for his quest for efficiency when it comes to business. He doesn’t allow PowerPoint at business meetings and, unlike most public company CEOs who deliver lengthy prepared remarks at quarterly earnings calls, he only spends six hours a year talking to Amazon investors.

Especially when his personal life is put at risk by an inexcusable privacy breach. So, this week, instead of addressing Amazon investors at the company’s hotly-anticipated earnings call, the world’s richest man was busy carrying out a private investigation to find out who leaked his intimate text messages to girlfriend Lauren Sanchez to the press shortly after he publicly announced the divorce with his wife of 25 years, MacKenzie Bezos.

Last month, The National Enquirer published a series of romantic texts the 55-year-old billionaire had sent to his 49-year-old flame months before his divorce was made public. The exposed texts included intimate bits like “I love you, alive girl. I will show you with my body, and my lips and my eyes, very soon” and “Your energy and ideas and competence and SPIRIT turn me on.”

So far, the investigation has closed in on Lauren Sanchez’s brother, Michael Sanchez, as the suspected leaker, Bezos’ security chief Gavin de Becker revealed to The Daily Beast on Thursday.

Michael Sanchez has described himself as “a gay man, a Hispanic, a West Hollywood homeowner and strong supporter of Trump.” He also has close personal and business relationships with Trump associates including Roger Stone, Carter Page and Scottie Nell Hughes.

Michael Sanchez denied allegations that he was connected to Bezos’ text leak and slammed de Becker’s accusations as “fake, unhinged conservative conspiracy theories” in an angry tweet on Thursday night. 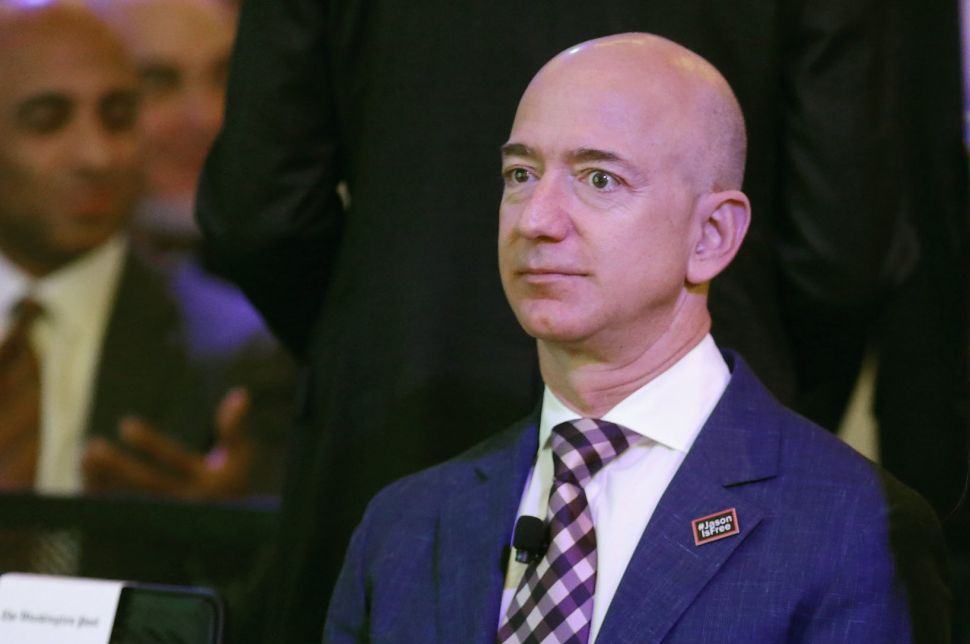