Jennifer Garner tied up quite a few loose ends before 2018 came to a close. The actress, at long last, finalized her divorce from Ben Affleck in October, and shortly thereafter, the former couple parted ways with their longtime Pacific Palisades mansion. But the star of HBO’s Camping won’t spend the new year sniffing around for a new home—she’s actually already scooped up another residence.

Garner doled out $7.9 million for a four-bedroom, three-bathroom house in the Brentwood Park neighborhood of Los Angeles, as first reported by Yolanda’s Little Black Book. Sadly, Garner’s new digs weren’t publicly listed, and not only was this an off-market deal, but the house hasn’t been offered on the open market in decades.

Originally built in 1930, the 3,245-square-foot home is located on a 0.4-acre lot. We’re going to assume Garner is about to invest a lot in sprucing up—or maybe entirely renovating—the single-story home, which is actually a bit of a downsize from her previous abode. Then again, it’s hard to beat a multi-acre, 8,800-square-foot-plus residence, and that’s not even including the massive guest house and other buildings on the compound.

But both she and Affleck have moved on. In fact, the generously back-tattooed actor purchased a $19 million mansion just a few minutes away from the home he and Garner previously shared. Bonus: There won’t be much more of a commute for their three children, as Garner’s new Brentwood Park pad is just about five minutes away from Affleck’s new home.

Hopefully the new residents of Garner and Affleck’s discarded Pacific Palisades compound have better luck in it than they did. The buyers happen to be Adam Levine and Behati Prinsloo, who forked over nearly $32 million for the massive estate and have been on a real-estate buying spree. 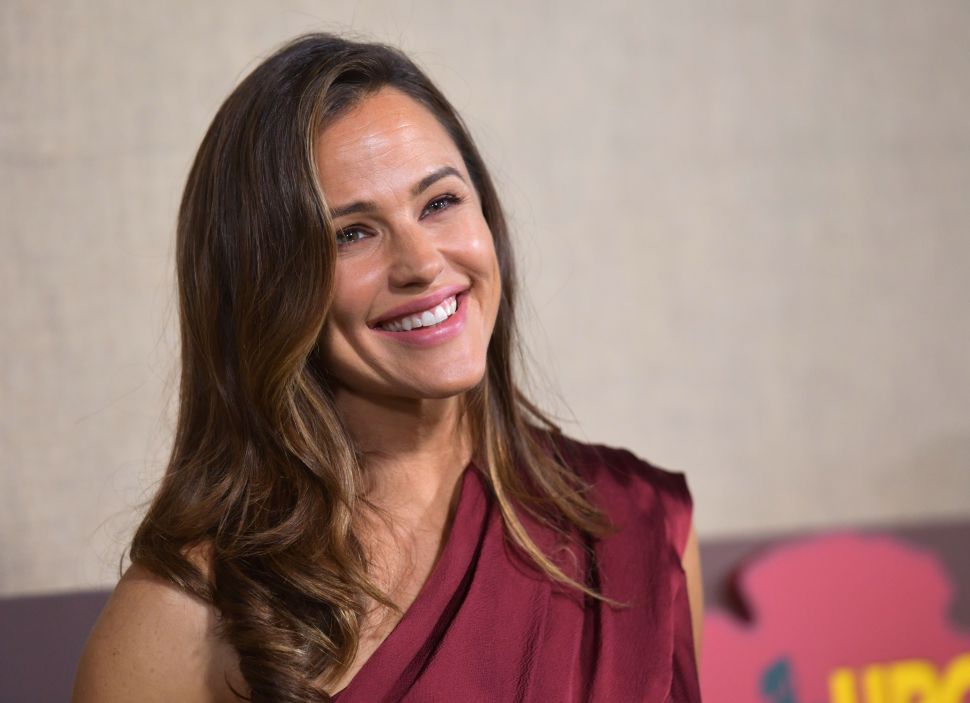