Not only has Jennifer Lopez just announced her new tour, but now she and Alex Rodriguez have a new home, too. And it’s not just any old house—they’ve just scooped up a beachfront Malibu abode with picturesque ocean views.

The couple is reportedly behind the anonymous limited liability company that purchased Jeremy Piven’s long-suffering Malibu residence, as first noted by Yolanda’s Little Black Book. The former Entourage actor has been trying to part with the four-bedroom, 3.5-bathroom house for the past two years, and originally stuck a $10.5 million price tag on the property in the summer of 2017.

Alas, the 4,404-square-foot pad languished on and off the market at decreasing prices before finally going into contract at its most recent $7.75 million ask. Lopez and Rodriguez didn’t even pay that, however, as the final sale was $6.6 million. Still, Piven can’t be too upset, considering that’s still a marked increase from the $3.4 million he paid back in 2004.

A gated garden courtyard leads into the house; the open layout of the main level is made up of an airy family room, a dining room and a kitchen with stainless steel appliances, a breakfast bar and a separate eating area. The master suite is on the upper floor and has a walk-in closet, while the bathroom—which is equipped with a spa tub, steam shower and private deck—offers even more ocean views.

The lower floor contains a built-in bar, sauna and oversize living area, plus a screening room. There’s also yet another deck with an outdoor shower just above sand level, according to the listing held by broker Madison Hildebrand of Compass. The brokerage declined to comment, as did the Westside Estate Agency broker Carl Gambino, who represented the buyers.

This likely won’t be J. Lo and A-Rod’s only home purchase in 2019. They recently listed their New York apartment for $17.5 million after less than a year there, and are currently in the market for an even bigger space in the city. 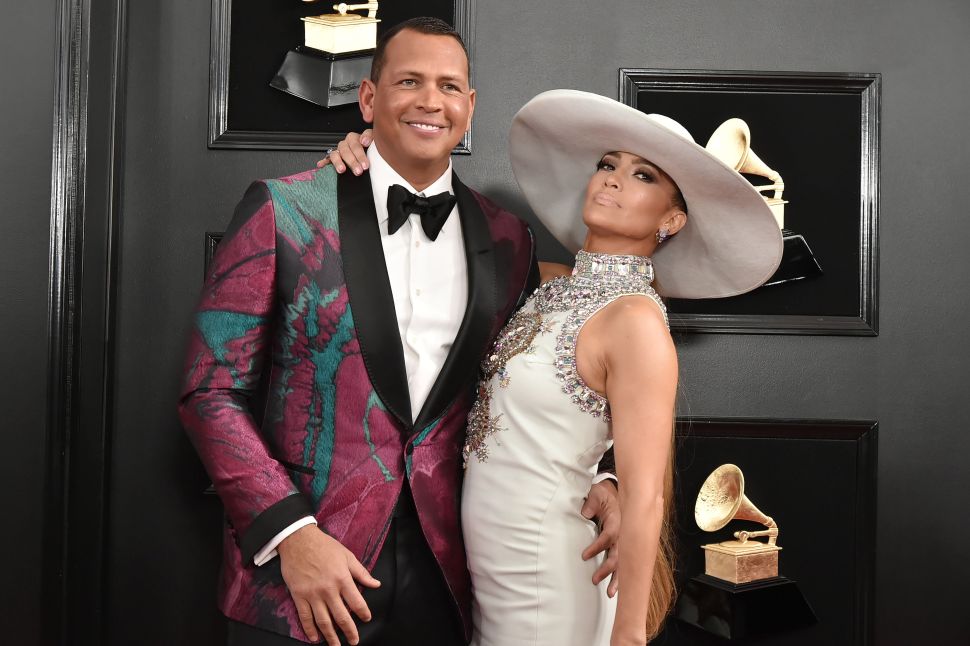