Memory can be a tricky thing, alternatively hamstringing us and allowing us access to rare episodes of nostalgic bliss. On a Tonight Show Starring Jimmy Fallon Valentine’s Day segment featuring Kendall Jenner, the audience was afforded some fascinating insight into the consequences of recollection. After playing a game called “Food or Not Food,” the host and his guest recounted harrowing episodes from their early childhoods that permanently turned them off to certain condiments and fruits.

Fallon can’t stand mayonnaise, while Jenner is at risk of nausea if she even gets near a banana. The clip plays like the famous madeleine moment in Proust’s In Search of Lost Time, except rather than being transported back to serene Sundays spent drinking tea with Aunt Léonie, the two celebrities only recall the geneses of their discomfort and repulsion.

“Even saying it grosses me out. It’s the grossest thing on the face of the earth,” Fallon said of his white, creamy nemesis.

“If I smell them I’ll probably throw up,” Jenner offered, referring to the aforementioned ‘nana. (By the way, did you know, botanically speaking, that bananas are berries? It’s true!)

That’s when things get Proustian. “When I was a kid, I put my head through these bars outside,” recalls Fallon. “I got stuck, so my grandma was like, ‘We gotta get him out of there. Let’s grease him up.’ So she rubbed mayonnaise all over my head, and it’s like 95 degrees out. And so my wife thinks that’s why I don’t like mayonnaise.”

Imagine the putrid stench of rancid oil, egg yolk and vinegar as it melted into your hair and dripped into your eyes! Who would ever want to eat a chicken salad sandwich again?

Conversely, Jenner’s aversion to bananas is due to the fact that she simply was exposed to too many of them from a tender age. “My dad ate them all the time, and my dad carpooled Kylie and I back and forth from school, and would eat them in the morning and eat them when he would pick us up, and would golf all day and have bananas on him. So I think the smell, just over and over, started to get to me,” she said.

To be fair, that is by far way too many bananas to eat in one day.

Finally, the conversation turned to Jenner’s sister Kylie, who recently threw a birthday party for her 1-year-old daughter, Stormi, that was so over-the-top, one reporter remarked that the event evoked the gilded age.

i dreamed about this party and then drew it up on paper room by room and @mindyweiss really made my vision come to life!!! thank you Mindy and team! this party was magical ✨🎡♥️

Kendall wasn’t able to attend the party, but she was able to share an anecdote about Kylie’s adolescent eating habits. “Our whole childhood, she only had dry cereal,” Kendall said. “She loved Lucky Charms, but she would only pick the marshmallows.”

Now that, at least, is something we can relate to. 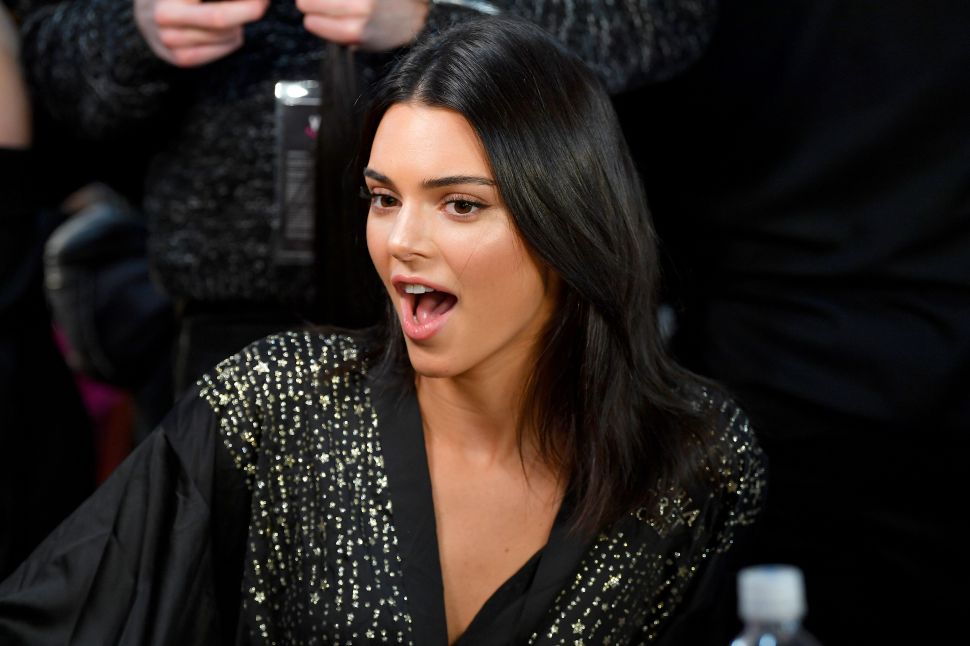