Jodie Foster is ready to call it a day in Beverly Hills. The Academy Award–winning actress is looking for someone to take her 7,500-square-foot Coldwater Canyon estate off her hands, to the tune of a staggering $15.9 million.

Foster doled out a hefty $11.75 million for the secluded walled and gated property back in June 2012, and she and her wife, Alexandra Hedison, have made it their primary residence, according to Yolanda’s Little Black Book, which first spotted the listing.

The five-bedroom, 5.5-bathroom house, which is positioned on a 0.65-acre parcel, was originally built in 1952, but has been expanded and remodeled in the years since.

Its private walkway leads to a two-story formal entry, which has a dangling light fixture and a staircase with a dark wood railing. The formal living room, which contains a “grand” fireplace and floor-to-ceiling windows, is situated between a media room and a formal dining room, per the listing held by Hilton & Hyland broker David Kramer.

Equipped with gray cabinetry and a subway-tile backsplash, the eat-in kitchen is currently furnished with a picnic-style dining table topped with gray marble.

The master suite features vaulted ceilings, exposed beams and a fireplace, and has a private deck that is also accessible from the bathroom.

Outside, there is a large swimming pool surrounded by a decked lounging area, an al fresco dining spot and a white pergola.

It doesn’t look like Foster has scooped up another home just yet, so perhaps she’s not in a major rush to part with the property. Hopefully, she has an easier time offloading this sprawling abode than she did her five-bedroom Sunset Strip spot in the Bird Streets. Foster had to wait more than a year, swap her broker and cut the price from $6.4 million to less than $5 million before she sold that place. 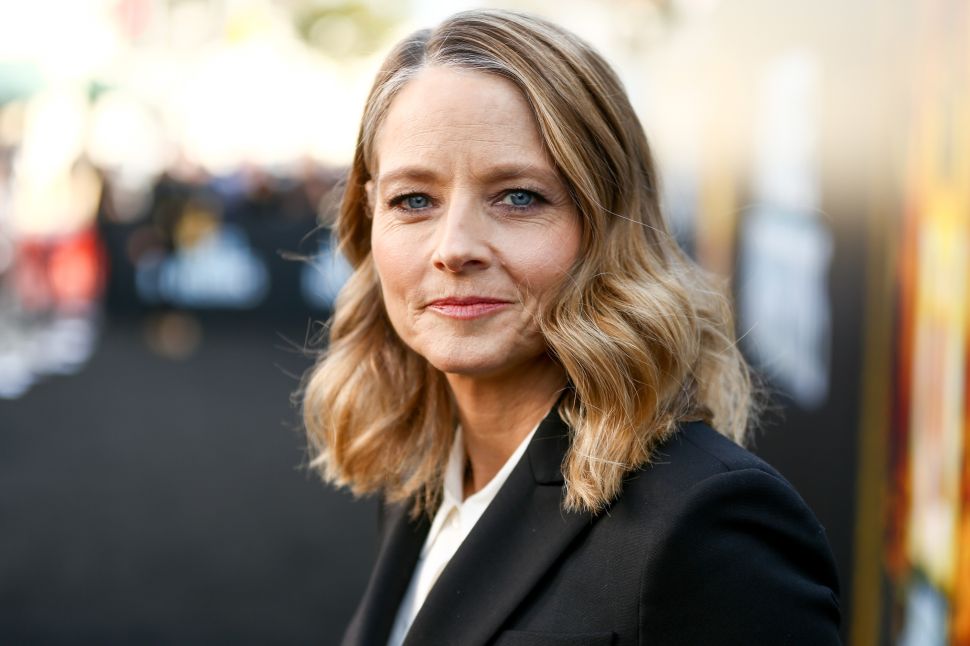