John Bolton’s West Wing office is sparse. But two framed decorations provide a glimpse into the mind of President Donald Trump’s hawkish national security advisor: the executive order which terminated the Iran nuclear deal, and a cartoon published in The Wall Street Journal shortly after the United States withdrew from the agreement.

According to a POLITICO profile, Bolton mounted the executive order on his wall, along with the same pen Trump used to sign it. Adjacent from the decree hangs a Wall Street Journal cartoon featuring Trump and Bolton playing chess with Iranian President Hassan Rouhani and Supreme Leader Ayatollah Khamenei—signed by the president, “John, Great Job.”

Untethering the U.S. from the Obama administration’s Joint Comprehensive Plan of Action (better known as the Iran nuclear deal) has to date been Bolton’s hallmark policy victory in Washington. Having called Tehran’s government “the world’s central banker for terrorism since 1979,” and having long supported regime change in the region, Bolton has fiercely adopted the White House’s “maximum pressure” strategy for dealing with Iran.

Despite his role in drafting the framework for the executive order, Bolton acknowledged he serves only at the honor of the president.

“I am the national security adviser,” Bolton told POLITICO. “I am not the national decision-maker. And the privilege of being here about to advise the president gives me and other senior advisers the latitude to tell him what we recommend he do. But, ultimately, he is the one who makes the decision… Nobody who has ever served in government at a senior level has any misunderstanding of whose views are actually going to control.”

Also in Bolton’s office is a gold-framed painting of President George H. W. Bush sitting in the Oval Office with his vice president, national security advisor and secretaries of State and Defense as they discussed how to best expel Iraqi troops occupying Kuwait in 1990. The photo, according to Bolton, represents “close-knit high-level decision making” favored by Bush and his national security advisor, “and serves as a model of how he approaches his job today.” 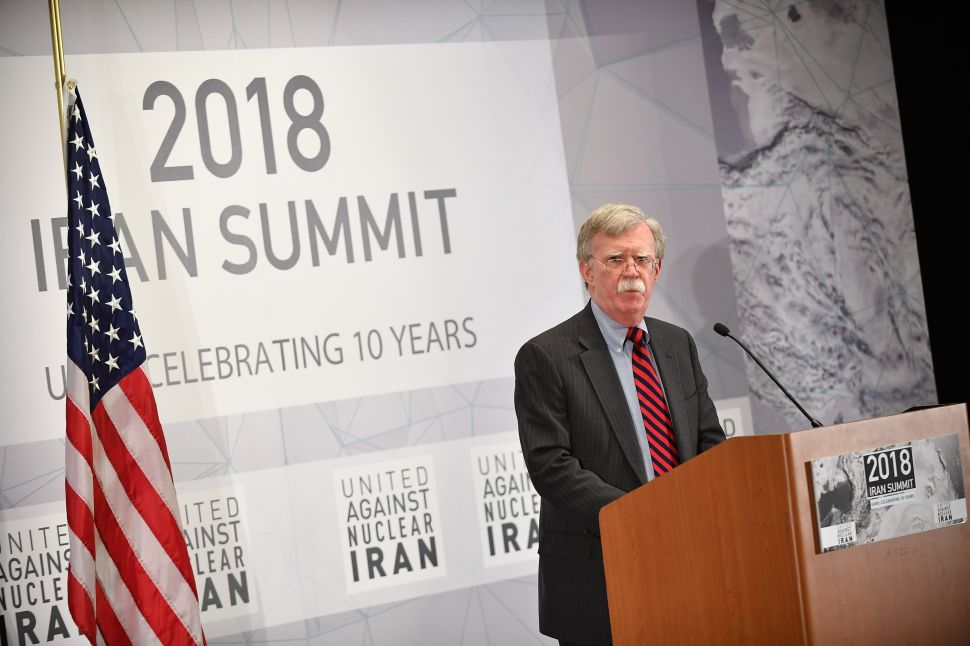