When you think about it, there’s an intriguing duality to naming your company Just Inc. Sure, the moniker implies simplicity and virtue—a belief that only fundamental ingredients are needed in products and in commerce—but there’s also an evasiveness to it. You know, like, “Nothing to see here, folks, we’re just that humble upstart business down the road.”

That may very well have been the impetus behind the rebranding of Just Inc., which used to be called Hampton Creek. Just is an egg-free mayonnaise substitute start-up based in San Francisco, and despite the endorsement of promising early investments from venture capitalist Vinod Khosla and Yahoo co-founder Jerry Yang, the company seems to have a history of indulging in questionable corporate strategies. Just’s saga is disproportionately fascinating, given its rather humdrum core product.

Bloomberg reports that the company is currently seeking more than $200 million in fresh funding while simultaneously working to squash speculation about its past indiscretions, but given Just’s wild track record, their goal could prove to be difficult to achieve.

Back in 2016, when the company, helmed by entrepreneur Josh Tetrick, was still called Hampton Creek, it got into hot for artificially inflating the consumer demand for its product. Hampton Creek employees were instructed to pose as agnostic consumers and to buy their own mayonnaise, en masse.

Bloomberg found that workers had bought the product they worked for at locations including Walmart, Target, Whole Foods and Costco. Meanwhile, Hampton Creek contractors were instructed to call store managers and make inquiries about Just Mayo while pretending to be interested customers. Former contractors said that the practice continued into 2015.

Tetrick passed this practice off to Bloomberg as simply an unorthodox method of testing the quality of the product, and the CEO later told employees that a subsequent investigation by the Justice Department and the Securities and Exchange Commission had found that the start-up was not guilty of any wrongdoing. But Hampton Creek’s problems were far from over.

2017 was a particularly rough year for the mayo manufacturer. In June, none other than actor Jaden Smith filed suit against Just and Joshua Tetrick. Smith, who is the co-founder of a sustainable bottle company called Just , alleged that Tetrick had copied him and violated a 2014 trademark agreement between his company and the mayo brand that laid out the conditions wherein the word “Just” could be used.

In August, Target elected to stop selling 20 different Hampton Creek products after the retail giant caught wind of “specific and serious food safety allegations” which, according to Bloomberg, included accusations that pathogens had been detected in one of Hampton Creek’s manufacturing facilities and that products were being mislabeled as non-GMO.

To cap things off, shortly before the Target fiasco, the company’s entire corporate board resigned, leaving behind only Tetrick. During that same month, it posted an official notice on its website addressing the firing of a trio of higher-ups, explaining that “three senior managers have been terminated for attempting to change our company’s corporate governance, which in the process would have stripped our employees of the autonomy to direct our long-term mission.”

With its high employee turnover, alleged manufacturing containment and brand association with celebrities, Just Inc. shares certain superficial traits with Theranos, the ambitious health care startup that crashed and burned in part due to misapprehensions perpetuated as truth by its hotshot founder, Elizabeth Holmes. While vegan mayonnaise is not as inherently sinister as blood technology, the classical Silicon Valley obsession with industry disruption seems to be a contributing factor to missteps on a corporate level. “Due diligence” doesn’t sound as sexy as “revolutionizing the way we eat,” after all.

It remains to be seen whether Just Inc. will secure a new round of funding, but as of early 2019, demand for Just products appears to be active. On its Instagram account, the popular Manhattan all-vegan deli Orchard Grocer stipulates that Just Inc. Egg (“an egg substitute that contains the same amount of protein as a chicken egg, with zero cholesterol”) cannot be bought in bulk.

restocked with @justforall egg. no holds, two per person. these will last us all of today and tomorrow so there’s no need to call ahead today or tomorrow. after that we recommend that you call to inquire about stock before making a special trip.

“No holds, two per person,” the Orchard Grocer caption reads. “These will last us all of today and tomorrow so there’s no need to call ahead today or tomorrow. After that we recommend that you call to inquire about stock before making a special trip.” 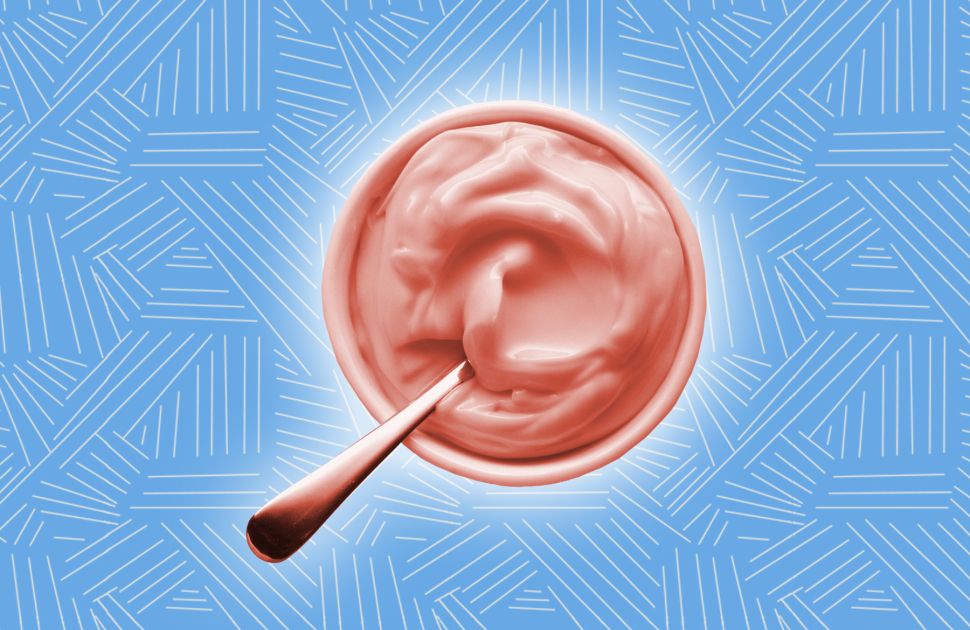