Skewering famous people in print is an art form reserved only for the valiant at heart. It takes a very skilled and patient writer to give outrageous subjects every inch of the benefit of the doubt. So then much praise should go to Vogue writer Rob Haskell for delivering the best (dual!) celebrity profile in recent memory by doing just that with Justin Bieber and Hailey Baldwin, perhaps the world’s most famous newlywed churchgoers.

Bieber, of course, is a global pop idol on the cusp of his 25th birthday. His modelesque bride is only a couple of years younger and is expertly framed in the piece as the measured bass note to Bieber’s all-over-the-place treble.

“He is the id to her superego, the wild thing she could never have permitted of herself,” Haskell writes. “Hailey devoted 12 highly disciplined years to ballet. She was mostly homeschooled in suburban New York. She has never touched a drug, convinced of her genetic vulnerability to addiction.”

Bieber, in contrast, is a hyperactive empath who’s portrayed generously but unsparingly—he can’t help himself from acting weird and saying weird shit, basically. Early in the profile, he talks about bailing on a weeklong group retreat called the Hoffman Process, explaining that the experience just wasn’t for him.

“There were these séances,” he tells Haskell. “Or not really séances but these traditions. They light candles, and it kind of freaked me out. You sit on a mat, you put a pillow down and you beat your past out of it. I beat the fact that my mom was depressed a lot of my life and my dad has anger issues. Stuff that they passed on that I’m kind of mad they gave me.”

Contrasting personalities aside, the Biebers (Baldwin has changed her last name) are committed to one another, and convey this by discussing the intimate details of their courtship and eventual matrimonial ceremony at a Manhattan courthouse. The singer had been celibate for more than 12 months in an effort to get closer to God when he reconnected with Hailey, and it seems the desire to consummate their marriage was a factor in their decision to legally wed.

“He doesn’t ask us not to have sex for him because he wants rules and stuff,” Bieber elaborated to Haskell, referring to God. “He’s like, I’m trying to protect you from hurt and pain. I think sex can cause a lot of pain. Sometimes people have sex because they don’t feel good enough. Because they lack self-worth. Women do that, and guys do that. I wanted to rededicate myself to God in that way because I really felt it was better for the condition of my soul. And I believe that God blessed me with Hailey as a result. There are perks. You get rewarded for good behavior.”

Well, kids, there you have it. The secret to what Vogue poignantly describes in its headline as a “Passionate, Not-Always-Easy but Absolutely All-In Romance”? Prolonged abstinence, sharp communication skills and a partner who’s your polar opposite.

And speaking of God, god bless Haskell for asking Bieber about his infamous monkey: “It’s like, if you had the money that I had, why wouldn’t you get a monkey? You would get a monkey!” Amen. 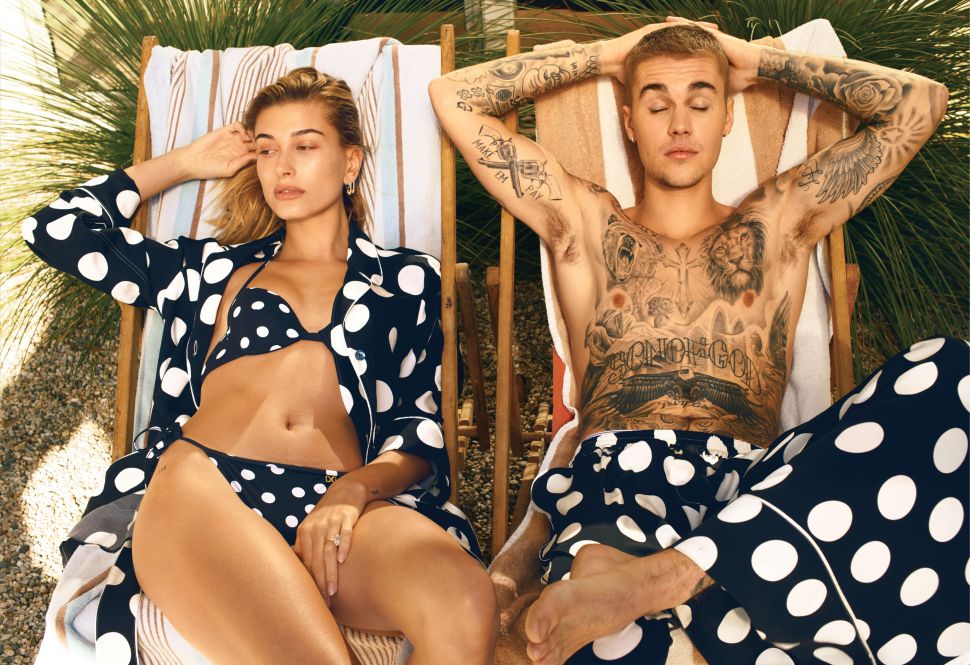