An apparent to attempt to whitewash her past criminal justice policies has backfired for presidential hopeful Kamala Harris (D-Calif.).

Speaking to The Breakfast Club on Monday morning, the California senator described smoking marijuana in college.

“I did inhale,” said Harris, before adding that Snoop Dogg and Tupac were her artists of choice for blazing.

The only problem is that both hip-hop legends released their debut albums in the early ’90s—years after Harris graduated from both undergrad and law school.

“So either Harris was baked enough to time travel or she hit the bong after being in school,” wrote libertarian Nick Gillespie in an article for Reason. “Not cool for a candidate whose slogan is ‘speaking truth, demanding justice.’ Most likely, she’s just trying to curate a playlist that sends the right message.”

How high did @KamalaHarris get while smoking weed in college? High enough to claim she listened to Tupac and @SnoopDogg as a student, though their debuts came after she graduated college ('86) and law school ('89). As with her former position on legalization, she's scamming

The California senator opposed legalizing marijuana in 2010, with her campaign manager telling Capitol Weekly at the time “that drug selling harms communities.” She later reversed her position and called for an end to “the federal ban on medical marijuana” at the 2015 Democratic State Convention.

Harris’ track record on other criminal justice issues have also come under fire this week.

On Monday, The Daily Beast published a report detailing how “lawyers from then-California Attorney General Kamala Harris’ office made the case that some non-violent offenders needed to stay incarcerated or else the prison system would lose a source of cheap labor.”

Later in the afternoon, CNN outlined Harris’ support for a 2008 policy requiring state law enforcement to turn over undocumented juvenile immigrants to federal immigration authorities, regardless of whether they were convicted of committing a crime.

“Time after time, when progressives urged her to embrace criminal justice reforms as a district attorney and then the state’s attorney general, Ms. Harris opposed them or stayed silent,” Lara Bazelon, the former director of the Loyola Law School Project for the Innocent in Los Angeles, wrote in a New York Times op-ed a week before Harris announced her candidacy. 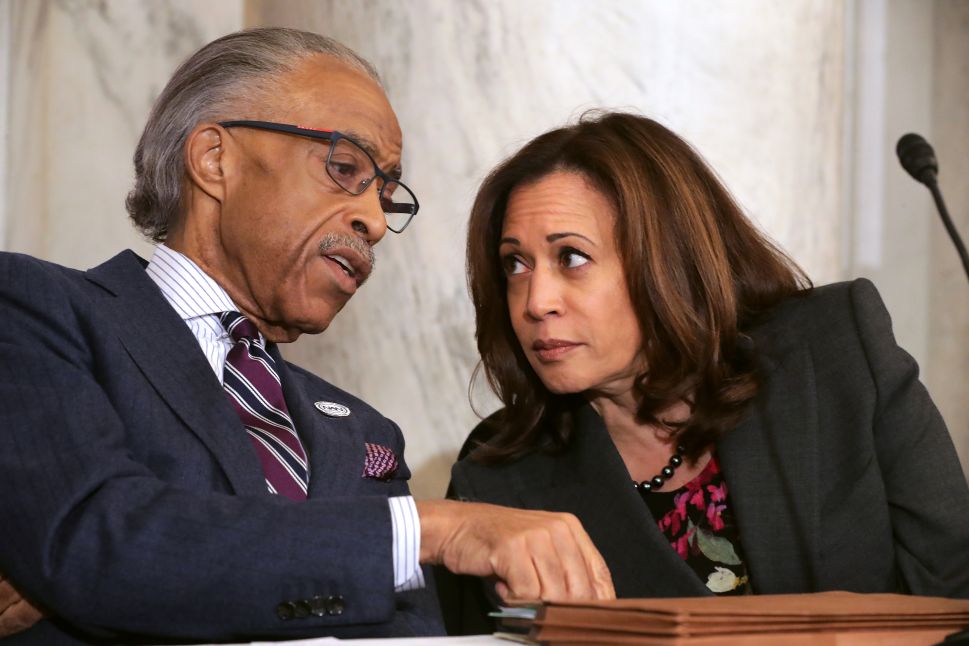