Model Karlie Kloss and venture capitalist Joshua Kushner will need to amp up their search for a new apartment, as the couple, who got married last October in a small ceremony in upstate New York, just listed their Nolita condo for sale.

Actually, we’re going to assume it was Kushner who purchased the 1,120-square-foot apartment (using a limited liability company) for $4.5 million back in October 2013, as it was before the two tied the knot. No matter—the two-bedroom, 2.5-bathroom unit is now up for grabs, as first spotted by the New York Post.

The couple, who started dating in 2012, have experienced a backlash from many of Kloss’ fans because of Kushner’s controversial brother-in-law, Jared Kushner, who is currently a senior advisor to President Donald Trump. (Jared Kushner was also previously the publisher of Observer.)

The Roman & Williams–designed home features walnut herringbone wood flooring and millwork throughout. A 28-foot living room is divided into three separate sitting areas, per the listing shared by Compass brokers Nick Gavin and Josh Doyle, with a massive, custom-flamed granite wood-burning fireplace in the middle room.

The master suite is entered via French doors and is currently covered in a white patterned wallpaper. The Calacatta marble master bath has double exposures, a glass-walled shower and a standalone soaking tub with brass fixtures. As one might expect, there are two walk-in closets.

The open kitchen is fitted with stainless steel Viking and Sub-Zero appliances, and contains dark walnut cabinetry and black lacquer-esque accents, plus a rather small island in the center—the perfect place for Kloss to bake her Milk Bar Karlie’s Kookies when she returns from her current perch at Paris Fashion Week.

The second bedroom is now configured as an extra media room, with lots of custom built-ins and yet another walk-in closet large enough that the floor plan notes it could also be an office.

We’re not sure where Kloss and Kushner are going next, but according to the Post, they’re looking for something bigger. That might mean we should expect Kloss’ longtime two-bedroom West Village abode, which she bought for $1.98 million in 2012, to pop up on the market soon. 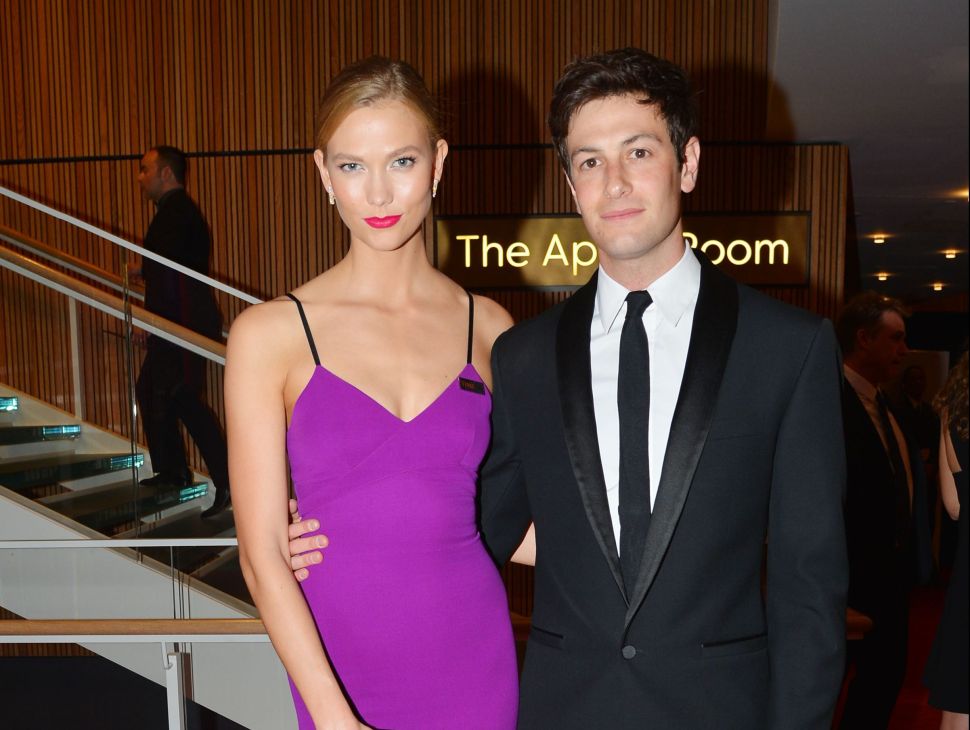