At one point, the world’s richest man Jeff Bezos may have wanted his divorce to slip the media’s attention with a seemingly all-candid announcement on Twitter. But an unwarned exposé of his romantic affair with former news anchor Lauren Sanchez shortly after the tweet last month by The National Enquirer completely ruined his plan.

So, last week Bezos made quite a bold decision to confront his saboteur head on by exposing letters sent to him by The National Enquirer‘s publisher, American Media Inc. (AMI), which Bezos claims attempted to blackmail him with sensitive photos of him and Sanchez, including a “below the belt selfie.”

While it may be just the beginning of Bezos’ war with the pro-Trump tabloid led by David Pecker and there are too many unresolved questions regarding the real motivation behind all of this, the drama has already put some people who have deep connections with both parties in a sensitive position.

One such person is hedge fund billionaire and former Goldman Sachs partner Leon Cooperman, whose investment firm has stakes in both Amazon and AMI.

Cooperman has spoken highly of the leaders of both companies. And, in spite of the ugly fallout of Bezos’ divorce case, he still thinks the Amazon boss is a “fabulous CEO and person,” he said in an interview with CNBC last Friday

According to the latest SEC filings, as of October 2018, Cooperman’s family office, Omega Advisors, owned 10,100 shares of Amazon stock, worth approximately $16 million at today’s value. The fund’s exact position in American Media Inc. is unclear due to the company’s private status.

Cooperman revealed in Friday’s interview that his stake in AMI is “every small” and that he has had “zero involvement” in the company’s business operation.

Cooperman told Bloomberg last year that he was introduced to AMI through its hedge fund owner, Chatham Asset Management. “I bought in at a nice price, with a nice profit… I happen to respect David Pecker,” he said.

Bloomberg estimated that Cooperman owned less than 10 percent of AMI.

Last month, right before the feud between The National Enquirer and Bezos came into the spotlight, AMI raised $460 million in new debt funding from unnamed investors, The New York Post reported.

AMI board members from Chatham are currently conducting an investigation into Bezos’ extortion claims against AMI in response to his explosive blog post last week. 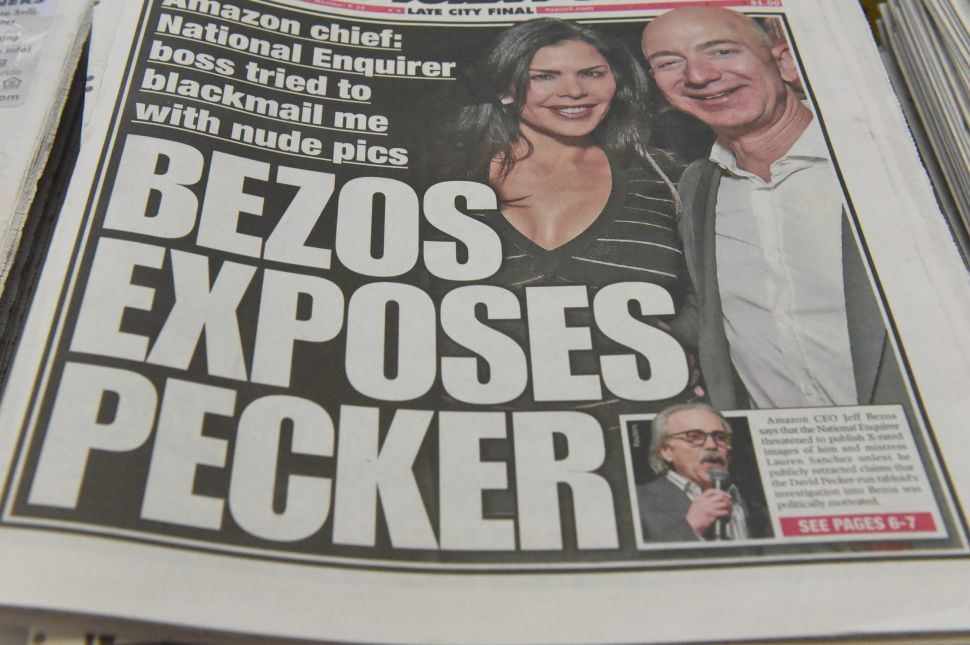