According to five U.S. officials who spoke with NBC News, Graham asked Patrick Shanahan whether he would condemn the president’s withdrawal on Syria—and fired off a slew of expletives when he refused to do so.

“It got pretty tense,” one official present during the discussions told the outlet.

Graham has not denied the exchange took place, and even told reporters about another explicit encounter he had with a top general over the president’s policy change. The Washington Post reported on Friday that Graham asked General Curtis Scaparrotti—who oversees U.S. troops in Europe—whether withdrawing troops from Syria would be “a shitshow”—a term he also used last year to describe immigration negotiations.

“If we leave [Syria], is it a shitshow?” Graham recalled saying to the Post‘s Josh Rogin.

“Big one,” Scaparrotti replied, according to the senator.

Despite Graham’s hostility toward the president’s plan and acting defense secretary, Shanahan called his critic “a problem solver,” claiming both parties will “come together with a solution for Syria.” Such a solution may have arrived on Friday—when reports surfaced that the White House had increased the total of number of U.S. troops to stay behind in the region from 200 to 400.

“With this decision,” Graham said in a statement, “President Trump has decided to follow sound military advice.” 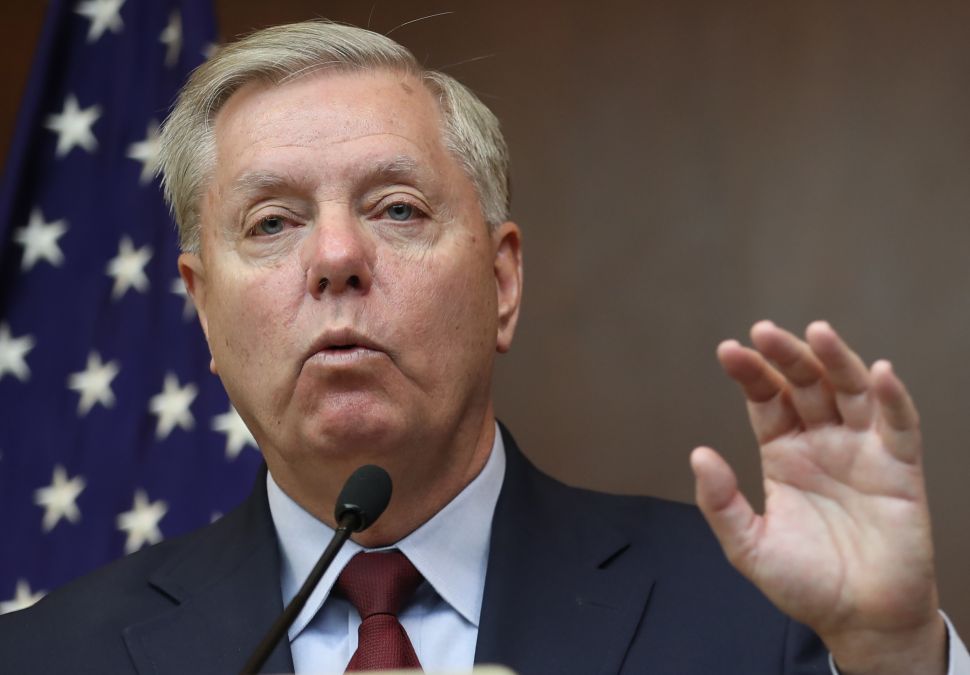