A bit removed from the usual haunts of those who seek out art, a new nonprofit gallery space is opening in Manhattan next month just a short walk from the United Nations. The Ford Foundation Gallery will be located in the recently renovated, 50-year-old building of the Ford Foundation on East 43rd Street, now dubbed the Ford Foundation Center for Social Justice, with an aim of exhibiting artwork that parallels the work and ideals of the foundation itself.

“The goal of the gallery is to show the work of artists who are using art as a medium of social change,” said Lisa Kim, who has been guiding the development of the gallery since January of last year. “The Center for Social Justice strives to better the welfare of humanity, supporting democracy around the world and combatting economic, gender and racial inequality.” The exhibitions planned for this space further this mission, she noted. Identifying global problems will be the focus of the inaugural show, called “Perilous Bodies” (March 5 through May 11), solutions to some of these problems will be proposed in “Revolutionary Love,” opening in June, while September’s “Utopian Imagination” envisions a world that’s the product of this work: free from inequality.

The perilous bodies of the first exhibition are the humans, bodies of land, and air that are threatened by one or another man-made disaster. For instance, there is a painting of violence against the trans community by American artist David Antonio and a lightbox installation depicting the impact of the refugee crisis by Vietnamese-born artist Tiffany Chung. In all, 19 artists from 11 nations are included. All three scheduled exhibitions were curated by Brooklyn-based artist and curator Jaishri Abichandani and South African-born independent curator Natasha Becker.

Lisa Kim herself is new to directing a gallery but not new to the gallery world nor to the needs and interests of artists. From 2006 to 2008, she was director of the New York City Department of Cultural Affairs’ Percent for Art Program, arranging for the creation and installation of public artworks, and for three years after that “wore many hats” at the Gagosian Gallery. One of her jobs there was “managing Larry’s [Gagosian] private collection,” and another was directing exhibitions and operations. “I learned from doing that the nuts and bolts of how a gallery operates, so I think I know how to run a shop.”

In the six years before coming to the Ford Foundation, Kim was cultural affairs director of Two Trees Management, a Brooklyn-based real estate developer, which owns and manages more than 2,000 apartments and another three million square feet of commercial and industrial real estate throughout the five boroughs of New York City. Two Trees has two studio space programs for artists, providing subsidized work spaces for artists of either one or three years.

“I saw my work then, and I see my work now, as playing the role of artist advocate,” she said, “linking artists to the community and helping bring artists’ work to light.” What may be different in her current role is that the Ford Foundation gallery “is a completely market-free environment. There is no commercial pressure on me or the artists.” Additionally, the artwork being presented at the Ford Foundation will have a decidedly political/social bent. Certainly, with recent protests at the Brooklyn Museum (over its selection of a white woman as African art curator), the Whitney Museum (over its board vice-chairman Warren B. Kanders’ connection to Safariland, a tear gas manufacturer whose products were used against asylum seekers) and the Metropolitan Museum of Art (due to its association with the Sackler family, founders of the company that manufactures OxyContin), the Ford Foundation Gallery’s focus seems more relevant than ever.

But as Kim points out, “There really is never not a good time not to focus on these issues…they are timeless, and artists want to be at the table. Artists provide creatively-minded problem-solving, which I hope the exhibitions here demonstrate.”

The largest question for Kim is whether people will find out about this gallery and come by to see the exhibition. Located in midtown, just east of Second Avenue, “it is off the beaten path,” she acknowledged, but she expects that people heading to nearby the United Nations building, midtown office workers, school children, “social justice people and people with an interest in art—all of the above” will make a bit of a detour to find the gallery. Perhaps, some of those people will be inspired to do something. Just like the Center for Social Justice in which it is located, the gallery “is pushing for the welfare of humanity.” 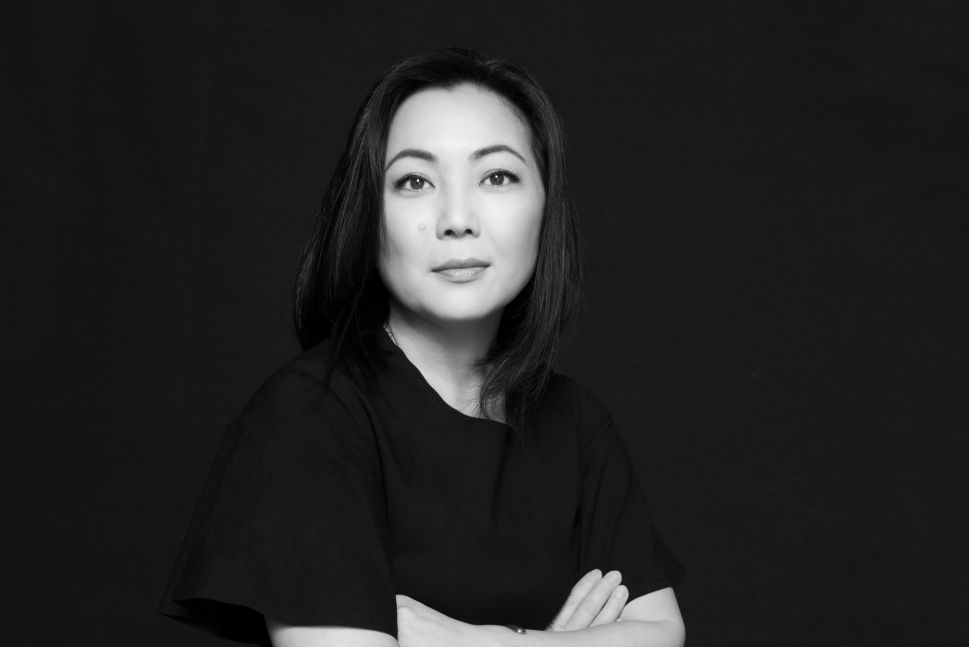