Lucy Hale only bought her Spanish-style Studio City home about five years ago, but the former Pretty Little Liars actress is ready to face the truth: It’s time to move on from her real-life dollhouse.

A garden leads into the entry of the four-bedroom, four-bathroom home, which is protected by a front gate, per the listing held by Compass broker David Berg. It looks like Hale made quite a few changes since she’s moved in, including swapping out much of the darker, closed-in wood interiors for a brighter, airier aesthetic.

Hale told Architectural Digest last month that she worked with an interior designer and, like a true millennial, “went through Pinterest to get inspiration… I wanted everything in my house to be original.”

The kitchen is equipped with white cabinetry, marble countertops, stainless steel appliances and a dining table that happens to be one of Hale’s favorite pieces. “It’s super long, wooden and very, very old,” she said in AD. “I think it was built in the late 1800s.”

Breakfast of Champions. If you come for breakfast you’ll definitely stay for beverages. 3880 Alta Mesa hitting the market this Friday.

There’s also a separate open living and dining area with another big table; a white brick-framed fireplace; a shelf with “L” and “H” decor; and quite a few Audrey Hepburn books. She also has a little Pretty Little Liars memorabilia—she said the oversize poster of the film Effetto Notte in her media room is actually from the PLL set and was used in her TV boyfriend Ezra’s (Ian Harding) room. “There’s a girl in the poster that looks like me in cartoon form,” she said.

The master suite features vaulted ceilings, a fireplace and French doors that lead to a private patio, while the bathroom contains a vintage-style standing tub. The backyard is rather narrow, but it does have a saltwater pool and a cabana.

We’re not sure where Hale is scouting for her next home, as it doesn’t look like she’s made a final decision yet. She could, of course, check out Los Feliz, where she’d be well acquainted with a few of her neighbors—Ashley Benson scooped up a $1.8 million Laughlin Park pad in 2018, about a year after Troian Bellisario purchased a $4.89 million Los Feliz mansion. 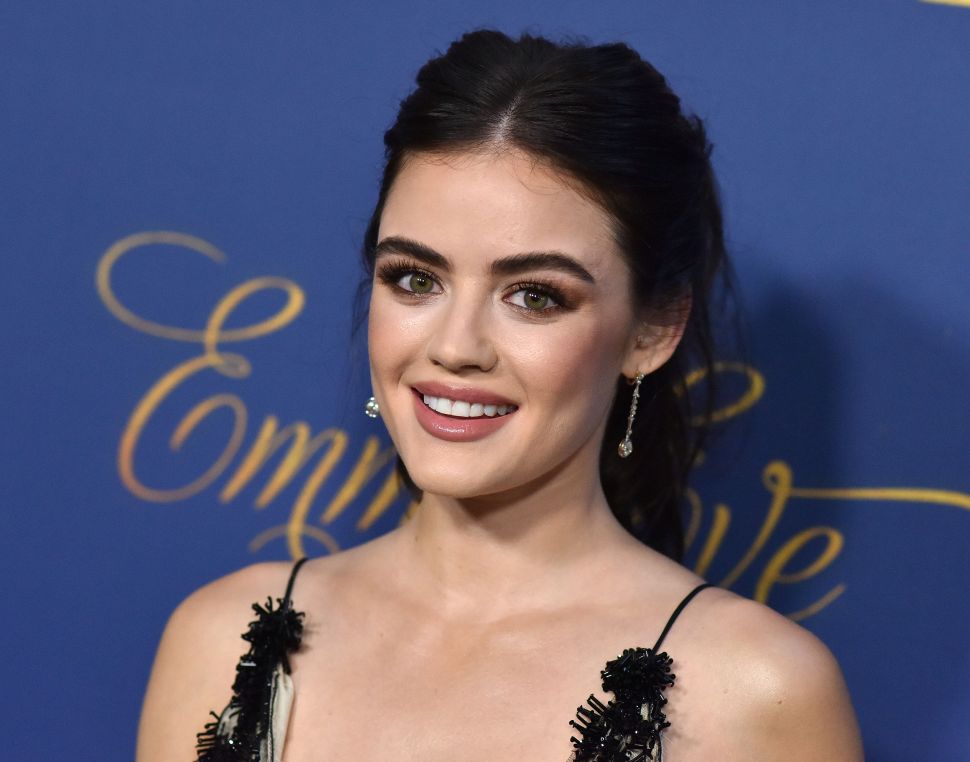