Mapplethorpe, a rancid attempt to legitimize the life and work of maddeningly controversial photographer Robert Mapplethorpe—whose relentless canvases of naked men specializing in Satanism, torture, bondage, sadomasochism and erect penises were labeled both art and pornography before he died of AIDS in 1989—turns a potentially explosive subject into a sorry failure.

Documentary filmmaker Ondi Timoner plunges headfirst into a steamy depiction of Mapplethorpe’s grittiest photos, and British actor Matt Smith (Doctor Who) knocks himself out trying to bring the lapsed Catholic rebel to life, but neither manages to successfully explain the demons that made the artist tick. You go away feeling soiled and confused, disliking and distrusting him more than you did going in.

An unconventional, divisive outrage to the art world, as well as a top-selling lure for galleries and collectors, Mapplethorpe deserves the kind of well-researched, analytical autopsy this film never provides. Instead, we get the uneasy impression that he did it all for commerce, thumbing his nose at the traditional concepts of society and art.

Reduced to the mundane periphery of a mere biopic, the movie loses the reason for telling his story at all—or why some people still consider him a posthumous genius. It doesn’t shy away from the more graphic images that made Mapplethorpe infamous (are you ready for a hammer poised to strike an already bloody phallus?), but it never manages to flesh out the obscene obsessions that drove the man to self-destruction.

The film begins in 1969, when he exits New York’s prestigious Pratt Institute with delusions of get-rich-quick schemes to shock and offend the art world. His alleged affair with the equally freaky Patti Smith (Marianne Reardón) in the Chelsea Hotel (played by another building in a typical example of Mapplethorpe‘s general inauthenticity) is treated like a vexing purgatory he was talked into to please his critical, conservative parents.

Timoner touches on the early attention of art collector Sam Wagstaff (the excellent John Benjamin Hickey), who promotes his career and takes him on as a lover before Mapplethorpe eventually uses and rejects him, along with his model-lover Milton Moore (McKinley Belcher III), and even the photographer’s own brother, whom he hires as an assistant, mistreats and cruelly discards. There’s nothing likable about the subject, and nothing immersive or distinguished about the film itself.

The cast is interesting, although hardly well defined. Smith has the same green complexion and sunken eye sockets of the emaciated Mapplethorpe, but he never convincingly becomes a dangerous, verboten icon of 1960s New York underworld darkness. Nor does the movie’s grainy, ugly, 16mm amateurishness ever become fascinating enough to make you want to see more. For a subject of so much titillating eroticism, the script (co-authored by the director and Mikko Alanne) is as dull as navel lint, the lighting is like an undeveloped hospital X-ray and the director has no idea how to move actors around in frame to make them feel like anything more than talking corpses. 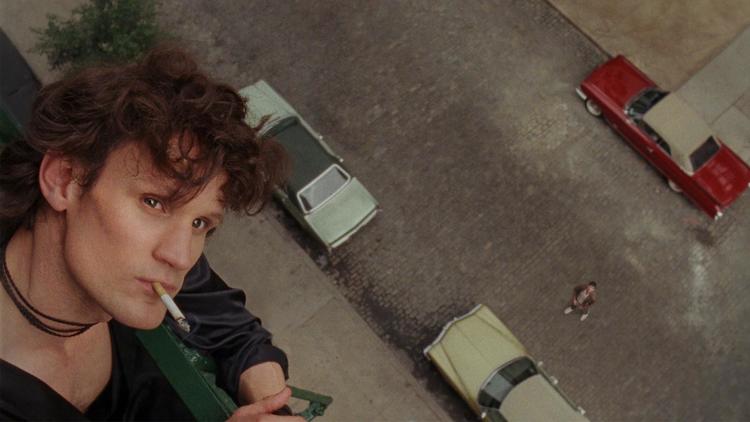