She had to lower her expectations a tad, but Mariska Hargitay has found someone to take her six-story Upper West Side brownstone off her hands. It looks like the Law & Order: SVU actress and her husband, Younger actor Peter Hermann, will accept a loss on the 6,925-square-foot townhouse.

The couple listed the six-bedroom, 6.5-bathroom home at 45 W. 84th St. for $10.75 million in October, which was barely a touch more than the $10.7 million they doled out for the property back in July 2012—and that’s not even including the amount they spent on a total renovation and pricey decorator.

Still, they were ready to bid the home farewell, despite its enviable features like an elevator, floor-to-ceiling casement windows and a landscaped rear garden with a built-in barbecue—Hermann previously told The Wall Street Journal that the family’s needs “have changed.”

They must have been in quite the hurry to vacate, as they whittled the price down to $9.75 million in December—noticeably less than what they originally paid. That apparently did the trick, though, as the brownstone is now in contract, as first spotted by the New York Post. While the final sales amount isn’t available, it seems safe to say Hargitay and Hermann, who have three children, won’t be netting a profit.

The colorful property contains a cheerful yellow eat-in kitchen with a center island and an adjacent den. Its double parlor floor is equipped with a gas fireplace and a rear dining room with a bright blue wall (the same color as the staircase) that overlooks the garden.

The master suite encompasses the entire third floor and has a double walk-in closet, a dressing room with a terrace, and a marble bathroom complete with a separate tub and a steam shower.

The top floor could be a “media room, writer’s studio or guest room,” as suggested by the listing shared by Corcoran brokers Robby Browne, Chris Kann and Jennifer Ireland Kubis and Stribling brokers Alexa Lambert, Marc Achilles and Julie Soffen.

We’re not entirely certain if the pair have made a final decision on their next home, but we do know they won’t go far—Hermann previously confirmed they will be “staying on the Upper West Side.” 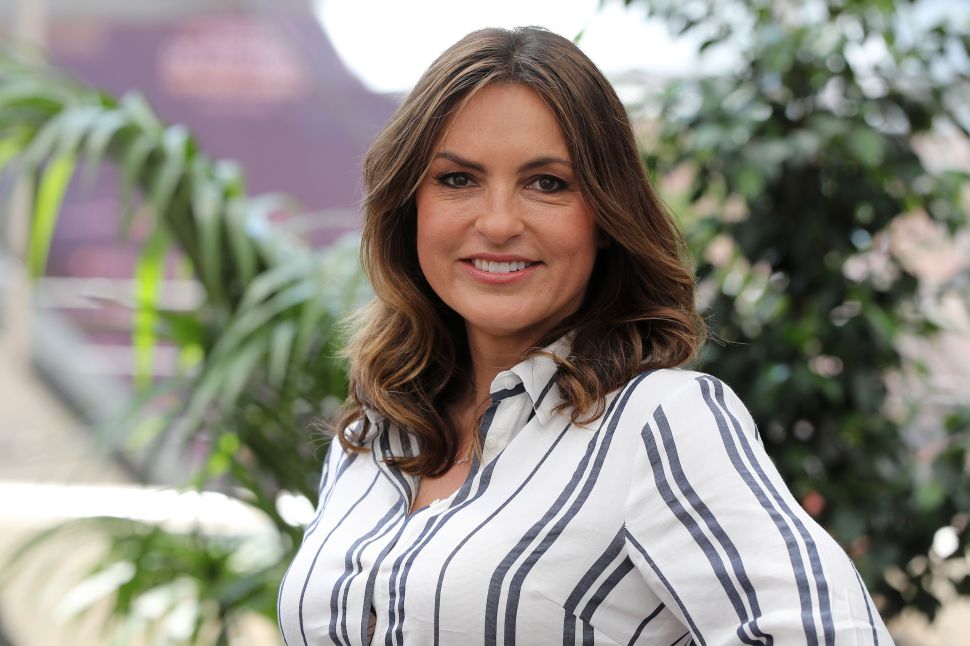