Martha Stewart’s name is synonymous with good taste, elegance, confidence and scrupulousness. She is a queen of homemaking and decorum, which is precisely why her next business venture scans as such a great gift: Stewart is partnering with the Canadian cannabis production company Canopy Growth to develop “hemp-derived CBD products,” reports CNBC.

Perhaps your mom isn’t yet convinced that rubbing CBD oil on your temples after a long day at work is a good idea, but after she and her ilk discover that Stewart has boarded the CBD train, we predict it’ll take mere months before skeptics everywhere start dumping Martha-brand CBD bath salts into their claw-footed tubs.

OK, so those aforementioned products are merely speculative predictions. What Stewart will actually create with Canopy Growth remains to be seen, but it seems the output will involve items for nonhumans. “I am delighted to establish this partnership with Canopy Growth and share with them the knowledge I have gained after years of experience in the subject of living,” Stewart told CNBC. “I’m especially looking forward to our first collaboration together, which will offer sensible products for people’s beloved pets.”

Usage of CBD, or cannabidiol, has grown exponentially in the United States and Canada over the past couple of years, despite regulatory hangups with federal and local health institutions. Many people still don’t know exactly how to distinguish marijuana (which contains THC) from CBD (which does not), and therefore aren’t aware that CBD doesn’t produce a high, but rather induces in the user an effect that’s purported to be therapeutic.

This lack of knowledge is no one’s fault. Societal confusion surrounding CBD is still pretty dense, so the fact that a public figure with Stewart’s level of “lifestyle” influence is standing behind it is a huge win for purveyors and users around the globe.

But Stewart isn’t the first celebrity to team up with Canopy Growth. In 2016, her pal and Martha and Snoop’s Potlock Dinner Party co-host Snoop Dogg partnered with the Ontario-based marijuana experts. 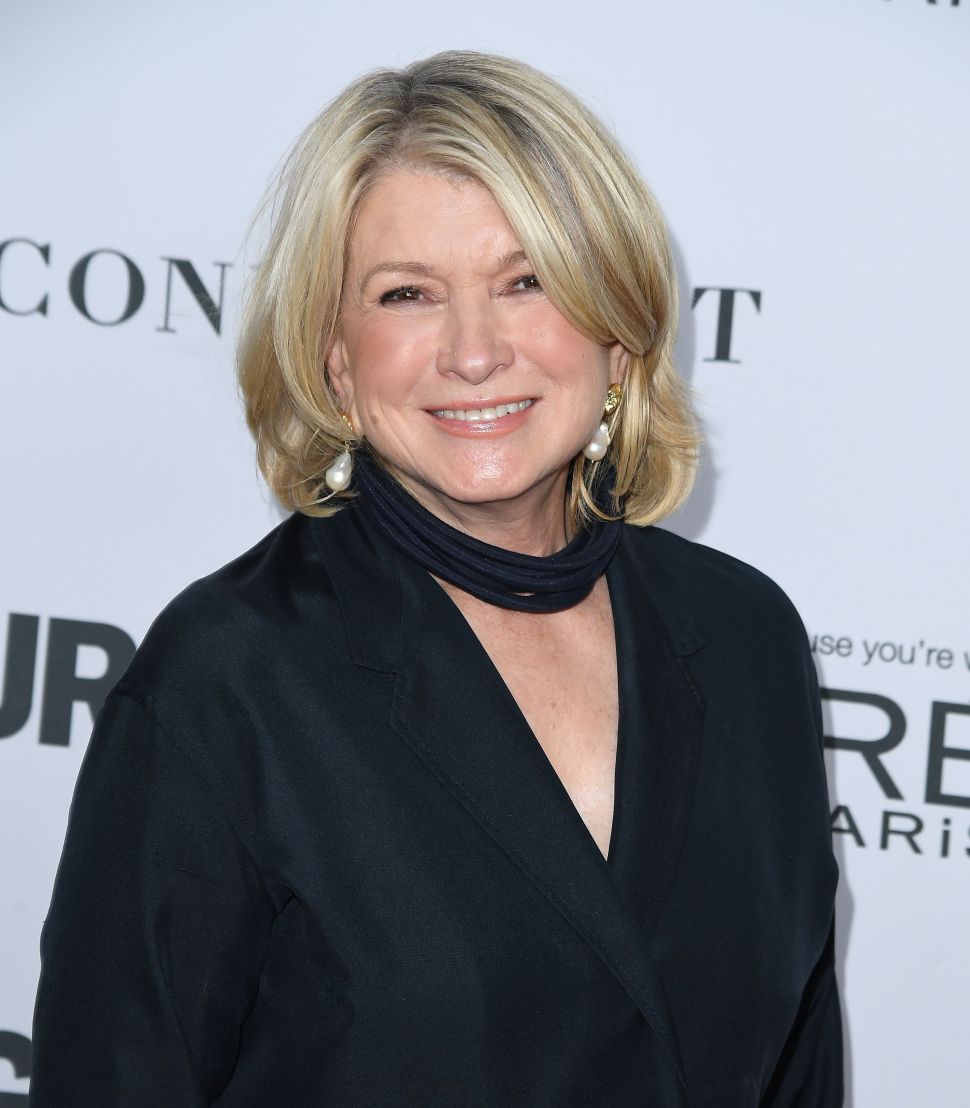