On broadcast television, it is a longstanding custom to renegotiate cast contracts for breakout hits after the first two seasons. It’s why NBC’s This Is Us ensemble were all bumped up to $250,000-plus per episode ahead of the recently completed Season 3. But even as the small-screen power shifts away from traditional TV toward streaming, it’s clear that old habits die hard. The major direct-to-consumer services have adopted this same tactic, which means the main cast of Amazon’s The Marvelous Mrs. Maisel are busy doing the happy dance somewhere right now.

Deadline reports that Rachel Brosnahan (Midge Maisel) and Tony Shalhoub (Abe Maisel) have successfully renegotiated their contracts with Amazon Studios, while fellow co-star Alex Borstein (Susie Myerson) is in the final stages of hers.

Brosnahan, who was more of an unknown when she was cast (she was best known for her turn on House of Cards), has quickly established herself as a need-to-know name, having earned two Golden Globes, an Emmy and a SAG Award for playing Midge. As such, she is reportedly earning around $300,000 per episode for the upcoming third season, tripling her salary (Amazon initially ordered two seasons of the series before renewing it for a third shortly before November’s Season 2 premiere). Deadline also reports that she is expected to get a slice of the show’s backend, which will come from ancillary revenue and profits.

Shalhoub—who has three Emmy awards to his name, a career-defining role thanks to Monk and several stage accolades—was a more known commodity when the show began and, thus, started off with a bigger pay check. Per the outlet, he’ll earn upwards of $250,000 per episode in Season 3. Borestein will reportedly earn a similar number, and the rest of the cast—Michael Zegen, Kevin Pollak and Marin Hinkle—are also expected to receive bumps. No word on what kind of deal creator Amy Sherman-Palladino is working on, but considering the recent explosion in showrunner salaries across the industry, we imagine she’ll also be well compensated.

These figures put The Marvelous Mrs. Maisel on relatively equal salary footing as one of streaming’s other major hits, Netflix’s Stranger Things. Shockingly, these pay raises still don’t put the cast in the upper echelon of TV star salaries. 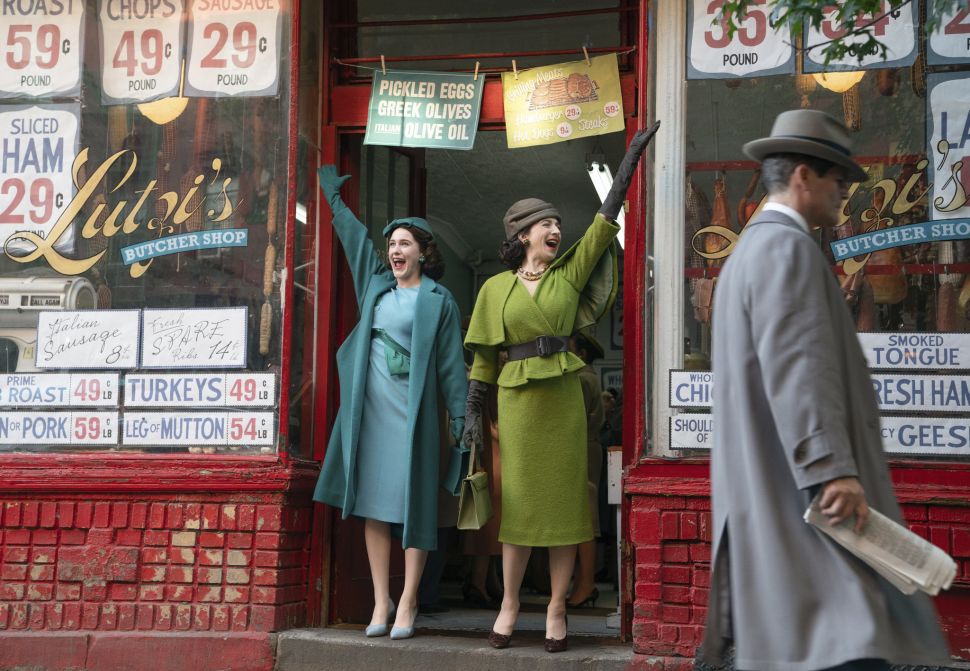