Bernie Sanders (I-Vt.) was perceived by many critics as lacking a cohesive foreign policy vision during the 2016 election. But ahead of 2020, he boasts one of the Trump era’s biggest accomplishments in international relations: Persuading the Senate late last year to end U.S. military support for Saudi Arabia’s war on Yemen.

Although the measure was later stalled in the House, the initiative was the first time either chamber of Congress had supported a resolution to withdraw the United States from a military conflict. Behind this historic resolution is one of Sanders’ largely unknown foreign policy advisors—Matt Duss.

“I give Matt an extraordinary amount of credit on Yemen,” Representative Ro Khanna, who introduced the joint resolution in Congress, told the publication. “He’s the principal reason that Sanders took this huge risk in introducing the War Powers Resolution in the Senate and agreeing to [support] what we had introduced in the House.”

With a resume that includes stints at the left-leaning think-tank Center for American Progress and the Foundation for Middle East Peace (a nonprofit he served as the president of), Duss also worked alongside leading players of the Obama administration to iron out the recently disbanded Iran Nuclear Deal.

“His ascension was in many ways made possible by the political earthquake of 2016,” notes The Nation, “not just Trump’s election, but the defeat of Hillary Clinton, the enduring influence of Sanders, and the emergence of a new generation of progressives who have grown up amid endless wars.”

Despite shaping two of Sanders’ weightier speeches on foreign policy since joining the senator’s Washington team in February 2017, Duss prefers to keep the attention on his boss. He even compares Sanders to Jazz legend Miles Davis.

“One of Miles’s real geniuses was as a band leader, assembling the best players of the moment and getting them to play better than they ever had before—and in many cases than they ever would again,” Duss told the publication. “This is the best band I’ve ever played in.” 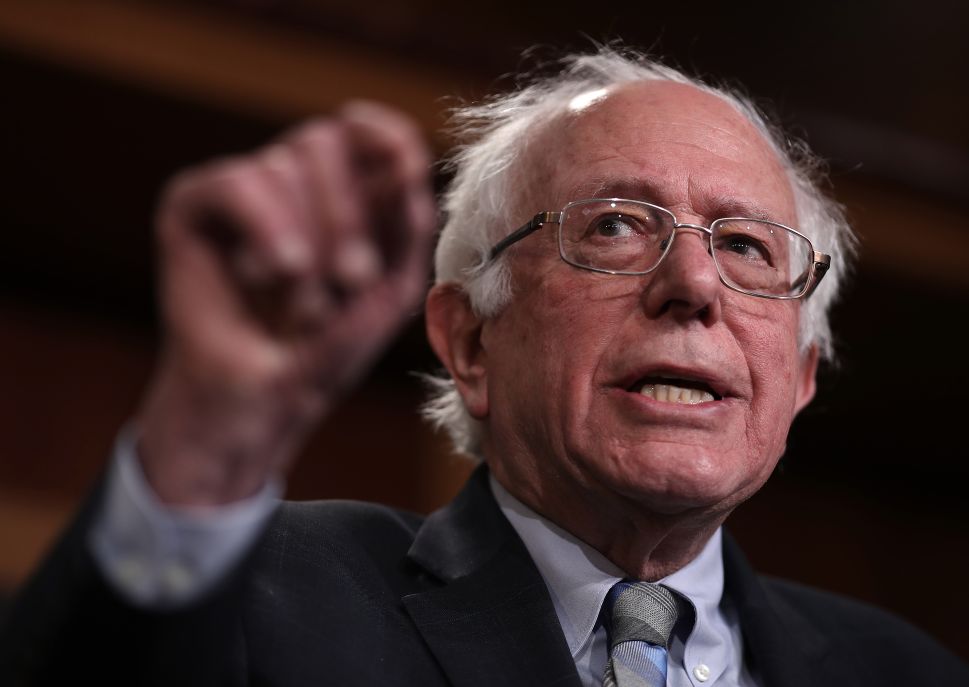