We didn’t think Meghan Markle would make her big return to the United States until after her baby was born, but the Duchess of Sussex managed to sneak in a girls’ weekend and host a fabulous celebration before she welcomes her first child.

Markle arrived on Friday, and while we’re assuming this was supposed to be something of a covert operation, word got out that the erstwhile Suits actress was stateside after the Daily Mail secured a few photos of the Duchess off hours as she headed into an SUV wearing a chic Victoria Beckham coat and a pageboy hat.

Royal reporter Omid Scobie confirmed in Harper’s Bazaar that Markle landed in New York on Friday for a five-day girls’ trip, its grand finale being an exclusive baby shower for 15 friends on Tuesday.

One of Markle’s best friends (and also her stylist), Jessica Mulroney, is in New York for work commitments, and has been in charge of all the arrangements for the festivities, reports Page Six. Perhaps the pair finalized the details for the trip over the summer when Markle visited Mulroney in Toronto.

Markle made the most of her short time in the city, heading to one of the private rooms at Ladurée in Soho for macaroons and tea. Sure, there are Ladurée outposts all over London and Paris, but she also had shopping to do, including a spin by children’s store Bonpoint, per Us Weekly. Surely, that won’t be the only nursery loot Markle will be taking home to Kensington Palace (or, perhaps, Frogmore Cottage) when she returns to London.

Markle is believed to be staying at a five-star hotel on the Upper East Side, though its name isn’t being released for security reasons. Perhaps that’s where her secret baby shower will take place.

The trip was planned several months ago, and is likely the last time many of Markle’s friends will spend time with her before the baby is born. Though her American getaway will soon come to an end, she already has another jaunt lined up: She and Prince Harry are heading to Morocco for an official visit on February 23. 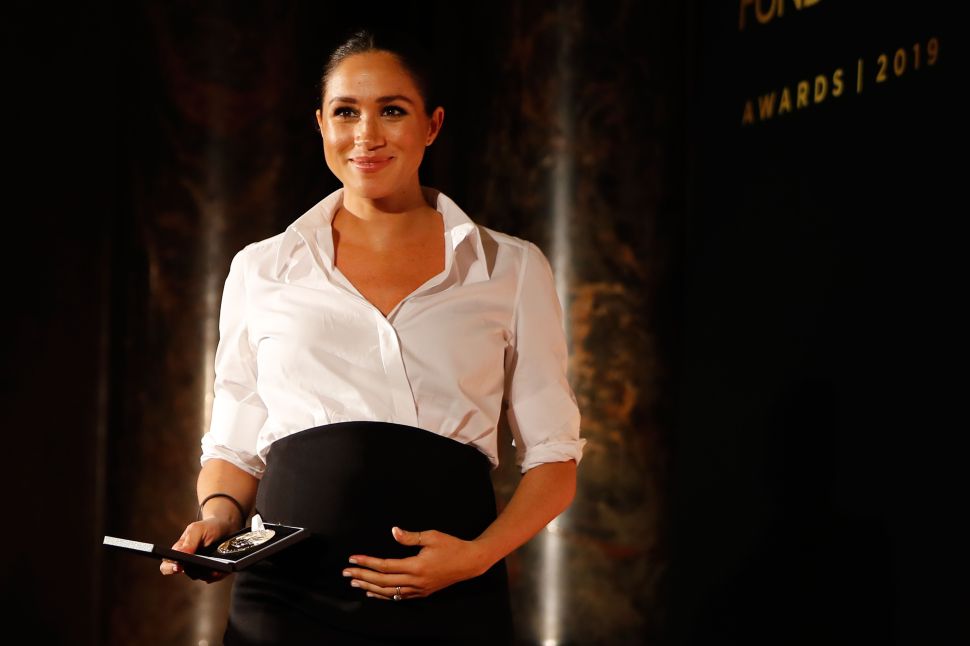