Opera haters, you’d better start thinking fast, because most of those excuses you’ve always given for avoiding the Metropolitan Opera are about to become moot.

The company’s 2019-2020 season, announced yesterday and opening in September, begins by striking a mighty blow at what has been a legitimate concern for decades: the sheer inconvenience of indulging in a leisurely three-hour-plus performance on a weeknight, balancing off that luxury with either sleep deprivation or else calling in sick at work the next day.

Beginning October 6 with the vintage Franco Zeffirelli production of Turandot, the Met inaugurates a new series of Sunday matinees, timed to begin at 3:00 p.m. That way you get to enjoy high-decibel singing, glitzy sets and even a couple of very long intermissions, while still emerging from the theater while the sun is in the sky.

The new scheduling should be also catnip for opera fanatics jetting in and out over a weekend for a quick Met fix. During a 48-hour layover in the city the weekend of November 8-10, for instance, a true devotée can gorge on Madama Butterfly, La Bohème, Orfeo ed Euridice and Philip Glass’s Akhnaten.

The Glass piece is a welcome departure for those who turn their noses up at the Met’s otherwise stagnant 19th-centric repertory. This new production boasts some of the composer’s mesmerizing music performed here by the superb American countertenor Anthony Roth Costanzo and mezzo-soprano J’Nai Bridges. Framing the tale of the pharaoh’s reinvention of Egyptian religion is a glittery visual spectacle (by director Phelim McDermott) that has already been acclaimed in London and Los Angeles.

Another American opera—in fact the most famous American opera of all—the Gershwins’ Porgy and Bess opens the season on September 23. Anyone allergic to the term opera can just pretend it’s a Broadway show—though it’s a much more lavish and lengthy version than the most recent New York revival with Audra McDonald and Norm Lewis. The Met’s take on the piece also offers the luxurious casting of international opera stars like Angel Blue, Eric Owens, Ryan Speedo Green and Denyce Graves.

There’s plenty of room this season for casual or even last-minute opera-goers, since pieces like Bohème, Turandot and a return of last season’s less than enlightening production of La Traviata are all scheduled for long runs, which means rush tickets and student discounts should be available most weeks of the season.

That Traviata, by the way, offers a chance to see and hear soprano Lisette Oropesa in full bloom. Since her last couple of Met engagements in “little girl” parts, she’s conquered European opera houses and so returns to New York as an arrived diva. Her star parts this season include Violetta and the title role of Manon (opposite sizzling tenor Michael Fabiano.)

For the traditionalist who, after all that, continues to whine that opera’s just not quite fancy enough, the Met tantalizes with superstar Anna Netrebko singing acts from three Puccini operas; and for the more serious aficionado, the gripping music dramas Wozzeck and Der Fliegende Holländer receive what promise to be thoughtful new productions.

And even if, like Amazon, New York’s just not your kind of town, you still don’t have an excuse. The company’s Met: Live in HD series will beam ten of the company’s performances into more than 2,000 movie theaters worldwide.

So you see, there’s no avoiding it. This is the season you can finally give in and enjoy opera. 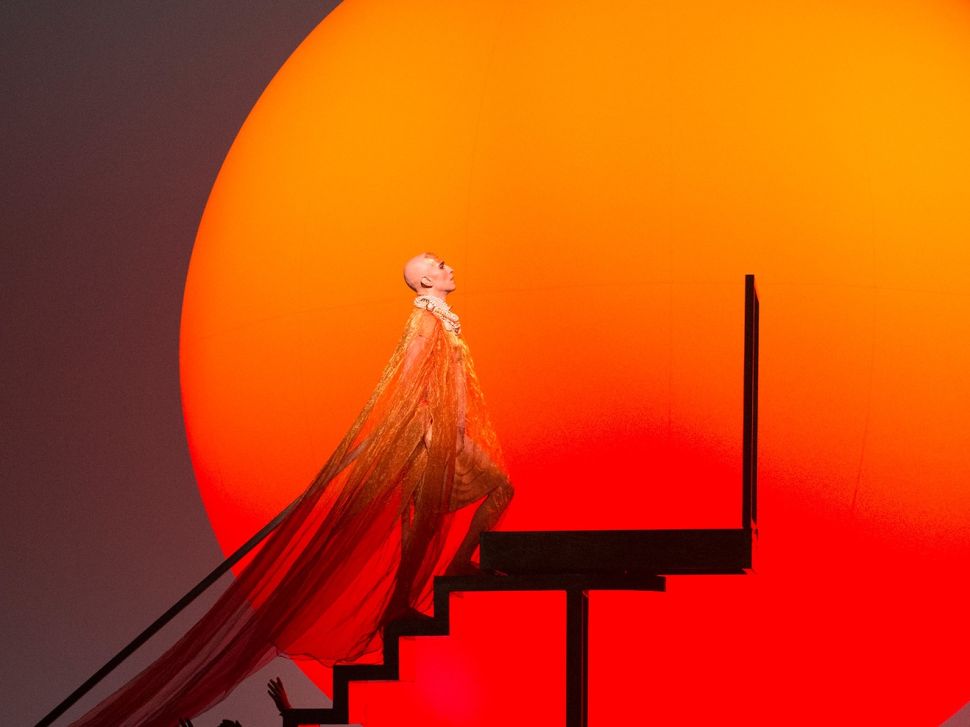