Though Metropolitan Opera general manager Peter Gelb gets major flak for his not exactly infrequent missteps (and so he should: it’s arguably the most powerful job in classical music in the Western Hemisphere), he also deserves credit for such generally overlooked feats as establishing Donizetti’s La Fille du Régiment as a surefire audience pleaser.

The most recent revival (open February 7) once again proves the success of the formula that has succeeded since the piece returned to the repertory 11 seasons ago: smart casting, strong musical values and above all the droll, mildly surrealistic staging by Laurent Pelly. (This year’s revival was supervised by Christian Räth.)

You’d think the opera, a tuneful rom-com about an orphan girl raised by a regiment, would play itself, but that’s not always the case. Two of the biggest bombs at the Met in the 1990s were disastrous attempts to revive Fille as a star vehicle for A-listers Kathleen Battle (fired) and Luciano Pavarotti (at that point, lacking the requisite high C’s.)

That kind of household-name opera singer hardly exists anymore, which means in this case at least the Met has very properly fallen back on good old-fashioned talent.

Soprano Pretty Yende creates a delicious contrast between Marie’s tough tomboy exterior and the coloratura girly girl she is inside, stomping around emitting vintage trills, scales and staccati delicate as point d’esprit.

It’s hard to remember the last time I saw a performer so perfectly joyous to be on stage as Javier Camarena, who plays Marie’s devoted boyfriend Tonio. His “Pour mon âme” aria—the one with the celebrated nine high C’s—went over so rapturously with the audience that after more than minute of applause he encored it. And the second time sounded even more brilliant and exuberant than the first.

Other joys included mezzo Stephanie Blythe, wittily refining her booming voice to suggest the timid character of the dithering Marquise de Berkenfield. She should have found an ideal comic partner in veteran actress Kathleen Turner as a battle-ax countess, but their “comic” dialogue scenes were feeble and unfunny.

The film and stage diva, who continues to wield laser-like focus and lightning reactions, deserves a rewrite. (One gag, though lands squarely: Turner’s heavily-accented French suggests the regal lady attended a finishing school in Pittsburgh.)

The conducting of Enrique Mazzola emphasized sweetness over fizz, which, under the circumstances, struck me as just right: Yende and Camarana share so special a chemistry that for once we really care that this love story has a happy ending.

If only there were a happy ending, or even a happy beginning or middle, in Don Giovanni (heard February 9), but by some mysterious alchemy the Met has managed to degrade one of the pinnacles of human creative endeavor into a joyless slog.

A particular disappointment was the gifted bass-baritone Luca Pisaroni, whose “interpretation” of the mercurial title character consisted of little but smirking and grunting. It was like watching (and listening) to three hours of Donald Trump Jr. minus the self-tanner.

During the long and plot-deficient second act, I looked around and it seemed everyone around me had their phones out, texting or checking social media. Ordinarily I violently disapprove of this kind of behavior, but at a performance this tedious, I think the Met should start offering free Netflix. 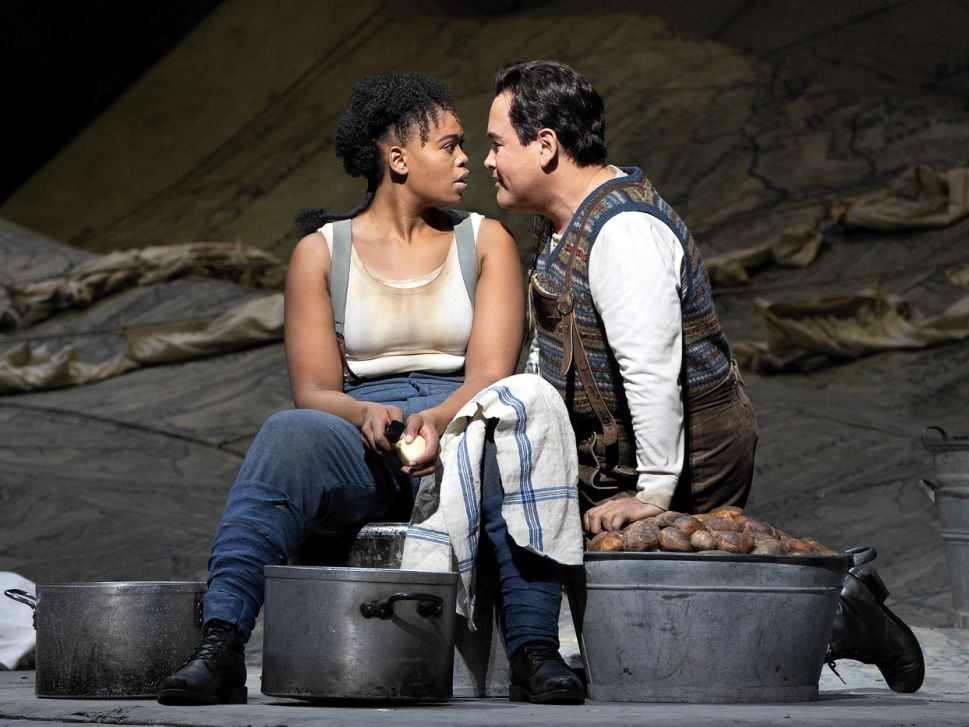