Mick Mulvaney is looking to funnel an estimated $174 billion in defense spending into an Overseas Contingency Operation (OCO) fund—an emergency financing tool for military operations the president’s budget chief once derided as a “slush fund.”

In an op-ed for RealClearPolitics published on Monday, the White House’s Office of Management and Budget director Russ Vought blamed Democrats “for demanding more social spending,” emphasizing that “the use of OCO funds remains the administration’s only fiscally responsible option in meeting national security needs while avoiding yet another increase to the spending caps.”

Elected to Congress on the coattails of 2010’s Tea Party wave, Mulvaney—who now serves as a director for the Office of Management and Budget alongside Vought—sought to limit the use of the OCO fund as a means of reducing deficit spending. In 2015, the then-South Carolina representative sponsored legislation to strike $5 million in funding from the account, and another amendment which would prevent OCO funds “from being used for anything other than a Contingency Operation as defined by United States Code.”

As late as last year, Mulvaney told the House and Senate Budget Committees that the government needed “to begin the transition away from using OCO as a gimmick to avoid the sequestration caps.”

The White House’s move would more than double the current $69 billion OCO yearly spending level. A senior administration official confirmed to POLITICO plans to raise the war fund in an effort to avoid concessions to Democrats during negotiations for the 2020 fiscal year.

“We want to move away from… the muscle memory of Capitol Hill right now, which is to do two-year, big caps deals that have a dollar-for-dollar increase for non-defense for every dollar of defense increases,” the official told the publication. “We don’t think that we can afford that.”

“We are not going to have a Department of Defense slush fund,” added the lawmaker. 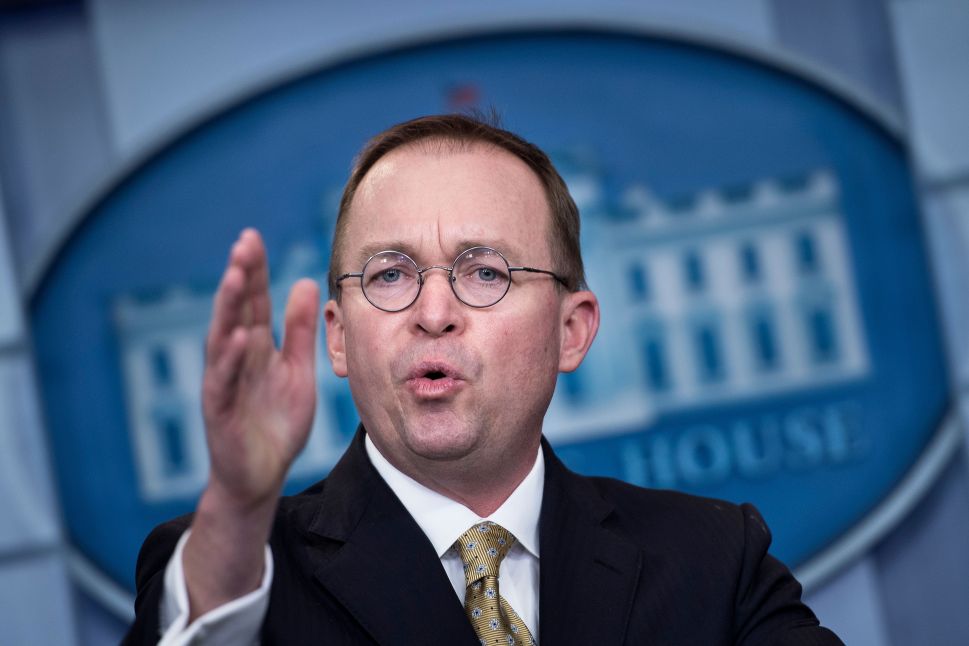