In Ridley Scott’s occasionally brilliant, oft-frustrating and overall underwhelming 2014 Alien prequel Prometheus, Charlize Theron’s character gifts a valuable kernel of wisdom to audiences. “A King has his reign, and then he dies,” she tells her elderly father who has traversed the cosmos in search of immortality. “It’s inevitable.” The line speaks to the fragility of power and the fleeting nature of control we humans attempt to exert on an inherently chaotic world.

Strangely, the line also etches out the boundaries of capitalism. A person, product, or company can sit atop the throne for an extended period of time, but success breeds competition and, eventually, innovation that disrupts the status quo. To rule forever would be unnatural. And yet, it is hard for us to grasp the abstract concept of a majorly successful conglomerate in the present faltering down the line.

Netflix currently boasts 139 million worldwide paid subscribers, a dominant market lead that puts them well ahead of any would-be usurpers and keeps them securely in the comfort zone of Wall Street. The company has prepared aggressive growth efforts overseas to continue boosting that total, and is developing ambitious film and TV efforts to maintain its voluminous library of originals. While there is some concern that Netflix may have already hit its peak, the general consensus is that the service is one of the most powerful players in Hollywood with ample room for advancement. But competition is steadily mounting in the industry as major conglomerates rev up their own over-the-top services. One can’t help but wonder: how long can Netflix remain king?

“I believe that Apple, Amazon and Google have the best potential to threaten Netflix and ultimately win ‘the streaming war,'” Ron Yekutiel, CEO and Co-Founder of Kaltura, which builds video streaming services for companies such as HBO, Viacom and Reuters, told Observer. “They have the most end-users, a powerful consumer brand, strong tech DNA, and the unlimited budget to pull it off.” And his comments don’t even cover Disney, WarnerMedia or Comcast, all of which will be launching streamers by 2020.

Of course, a successful revolution is easier believed than achieved. Smaller-scale models like Hulu and HBO Go/Now have been trying for years without making any major dents in Netflix’s market share. Cutting through the clutter isn’t just about unveiling a splashy new show or offering a holiday discount on your subscription package. Yekutiel sees something of a five-step plan of action were the major players to begin eating into Netflix’s business.

To start off, they should invest heavily in original content. As much as we all love our cherished Friends re-runs, back catalogs of existing shows and movies don’t drive subscription growth—originals do. Secondly, they should focus on recruiting select big-name content producers, which Netflix has done with mega-deals for showrunners such as Ryan Murphy and Shonda Rhimes. There’s an arms race for prolific storytellers and stocking your arsenal with a handful of capable multi-hyphenates goes a long way toward lining your service with lottery tickets.

Thirdly, competitors should dramatically reduce the revenue-sharing that they charge from third-party content-owners. Streamers are rarely profitable early on, so anything that can be done to help the bottom line and keep things in-house can be beneficial. Fourth, they should develop cutting-edge tech to help optimize the targeting of content, experience, business models and ads. Netflix is a data-driven company; its head honchos know more about your viewing habits than you do. The company is basically The Matrix, so figure out a way to use the code in your favor. Finally, for a certain interim period, before the industry fully consolidates, streamers should be partnering for distribution, local content, and service with local multichannel video programming distributors (MVPDs).

Interestingly, though, Netflix’s greatest imminent threat may not be another streaming service. “Netflix’s new shareholders letter reveals within the competition section the following,’We compete with (and lose to) Fortnite more than HBO,'” Yekutiel noted. “Eventually, the competition is on screen time, which positions a video game just as high (or higher) than Netflix’s natural direct competitors.”

Epic Games, the creator of Fortnite (which boasts 125 million players), generated $3 billion in profit in 2018. Netflix is still operating at a yearly loss. It’s not a direct apple-to-apples comparison, but given the rapid convergence and scale of media these days, any screen that attracts target demographic attention is a potential threat to Netflix.

With consumers choosing between seven major streaming services in the near future (Netflix, Amazon, Apple, Hulu, Disney+, WarnerMedia, Comcast), in addition to the host of smaller venues like SlingTV that already exist, standing out against the clutter will be of the utmost importance for any one company to hope for longevity.

“Retention is another hurdle—with so many streaming services available, so much content, and competitive pricing, TV services will need to up their game in experience in order to retain their frustrated audience and grow over time,” Yekutiel said.

For now, Netflix is still king. But there may come a day when their reign is over. The question is when and who might fill that vacuum of power? 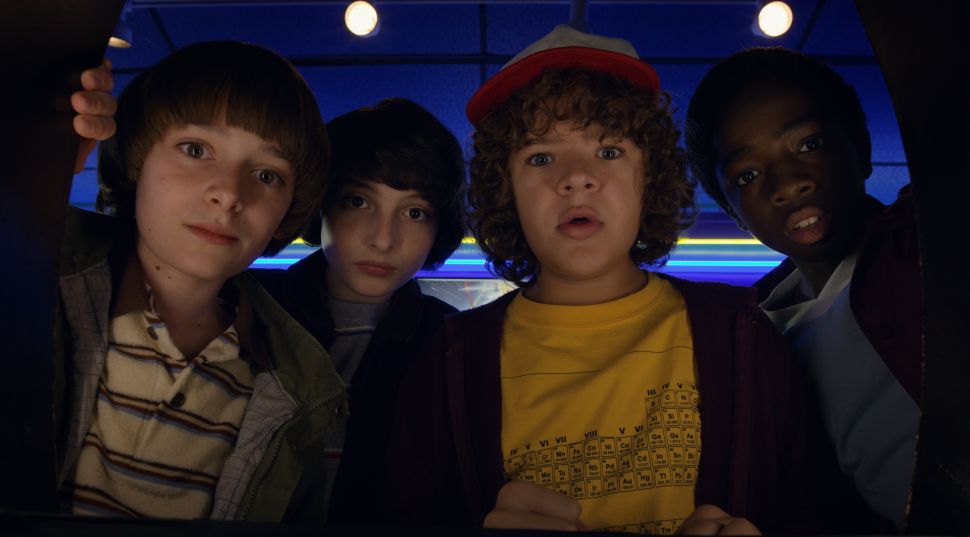