Success breeds competition, but is it even worth entering the game when you’re already losing big? That’s the question most major entertainment conglomerates are asking themselves in the face of Netflix’s all-consuming domination. But despite the streaming platform’s considerable lead—it boasts nearly 60 million subscribers in the U.S. alone—the answer has been a resounding yes.

Disney, Apple and WarnerMedia are all set to introduce standalone streaming services in 2019, with NBCUniversal launching its own direct-to-consumer service in 2020. Add those to preexisting services such as Amazon Prime Video and Hulu and you’re left with a handful of hungry competitors clawing over one another in an attempt to compete with the undeniable market leader. However, there’s reason to believe that of the bunch Amazon stands the best chance of pulling ahead in the race. Recently, studio head Jennifer Salke expanded on the streamer’s ambitious movie plans after dropping a record $47 million in acquisitions at Sundance.

In terms of measuring success, Salke—who formerly headed up NBC Entertainment—has a clear understanding of her role. “Here, it’s basically, how are you enhancing Prime membership, and how are you bringing new subscribers to Prime?” she told The Hollywood Reporter. Ultimately, that effort includes releasing roughly 30 films per year in addition to Amazon’s growing small-screen output.

After reaching critical and commercial highs with releases such as 2016’s Manchester by the Sea and 2017’s The Big Sick, Amazon has hit a bit of a big-screen wall. Moving forward, Salke is banking on key collaborations and smart bets to reverse that trend. That includes a deal with Jason Blum’s Blumhouse Productions for eight movies. Blumhouse’s highly profitable micro-budget horror flicks have helped keep Universal Pictures on pace with Disney and could play a similar role with Amazon.

Salke has also partnered with Nicole Kidman for a “slate of sexy date-night movies that no one’s making anymore” and plans to reenergize the YA genre. Moreover, the deep-pocketed conglomerate, which spends an estimated $5 billion–plus on content per year, won’t hesitate to jump behind a blockbuster franchise if it comes calling (a $1 billion Lord of the Rings TV series is currently in development).

These upcoming films will be deployed in a number of ways. While Netflix has only recently begun dabbling with limited theatrical releases, Amazon Studios has generally operated under a three-month theater-to-streamer mandate. That will change moving forward.

“You’ll see less of the three-month window, and you’ll see different variations. Even through Sundance, I learned a lot about just how flexible we can be with those models, and they really vary.”

But will embracing a few targeted focus areas and executing a varied release strategy be enough? Can it really help Amazon stand out amid Netflix’s overwhelming ocean of content? The latter may very well make industry history at the Oscars this year with Roma, and it’s planning its own cinematic onslaught with plans to put out 90 films per year, including a few $200 million blockbusters.

“Netflix has won this game,” Barry Diller, former CEO of Paramount and Fox, said on the latest Recode Decode podcast. “I mean, short of some existential event, it is Netflix’s. No one can get, I believe, to their level of subscribers, which gives them real dominance.”

Still, just because someone else is on a winning streak, you don’t just pick up your ball and go home. Salke is here to thrust Amazon into the middle of the fight, and the early returns she envisions seem promising. 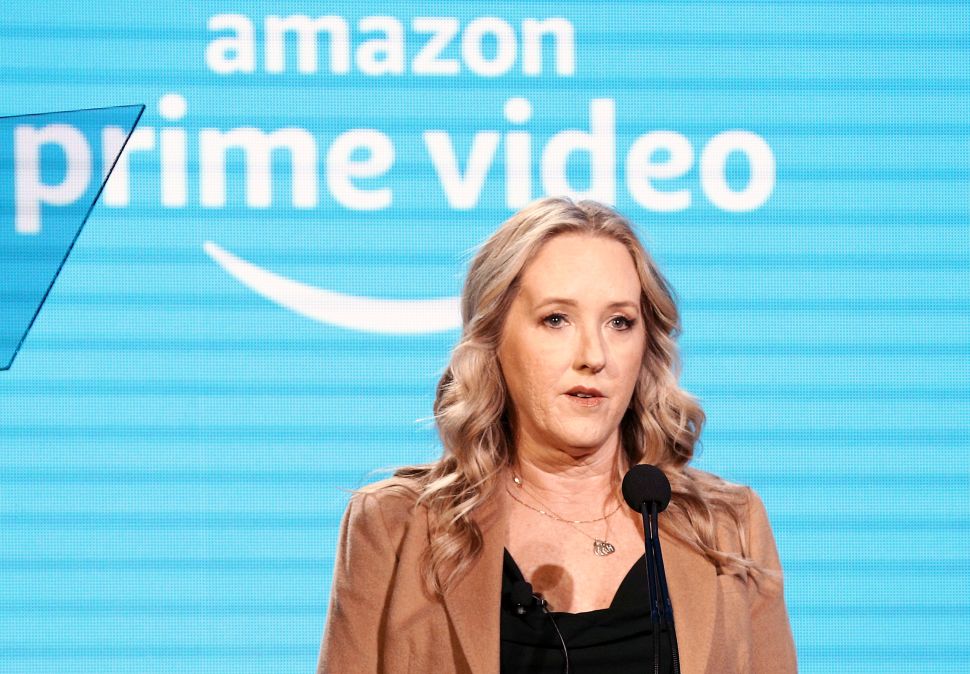