In 1903, a newspaper in Tsarist Russia began printing what purported to be an explosive expose: insider details from a series of secret meetings, organized by a liberal-socialist-Jewish cabal bent on world domination and the subversion of Christian values.

It was a complete fabrication—a plagiarism of an earlier French attack on Napoleon III, remixed to target Jews—but the Protocols of the Elders of Zion is now a “classic” of modern-day anti-Semitism. Translated into German, French and English, taught in German schools after Hitler came to power, Protocols was reprinted in Henry Ford’s Dearborn, Michigan newspaper and was taken seriously by other prominent anti-Semites even after a British journalist exposed it as a fabrication in the 1920s. Though animus towards Jews is as old as western civilization itself—“the longest hatred,” as historian Robert Wistrich called it—the flavors of “modern” anti-Semitism, the secret cabals, the global takeovers, can be traced to Protocols.

Protocols remains relevant because it just won’t go away. We hear its echo in every George Soros-centered conspiracy theory repeated on Fox News and amplified by the current occupant of the White House. And now Netflix is joining in, providing a platform for Protocols-level anti-Semitism mixed with Kremlin-approved, pro-Vladimir Putin propaganda.

Purportedly a dramatic biography of Leon Trotsky—one of the heroes of the Russian Revolution, Lenin’s anointed successor who was outfoxed, exiled, murdered and finally erased from history by Stalin—Trotsky both misrepresents key details of the Revolution in a way favorable to the mythos Putin is attempting to create, while also parroting some of Protocols’ most insidious lies. None of this is made obvious or even disclaimed by Netflix, which claims Trotsky “comes to life in this epic biography that depicts [his] tumultuous life.”

As historian and Russia scholar Nicole M. Ford recently pointed out in Foreign Policy, Trotsky pins the revolution’s worst abuses—the murder of the Tsar and his family, who are enormously popular in today’s nostalgic Russia; the worst abuses of the purges, which happened after Trotsky’s exile—squarely on Trotsky. From the very first episode, the show emphasizes Trotsky’s “Jewishness.” Trotsky is portrayed as a pawn of a rich foreign Jew, who sees in the revolutionary a method for subverting Russian from without. Amid a “gratuitous” barrage of anti-Semitic language, Lenin is also cast as someone who might have read and taken Protocols to heart. The Bolshevik revolutionaries also ceded territory to Germany as part of their exit from World War I; this humiliation and loss of empire is also pinned on Trotsky.

This all fits perfectly within a Stalinist revisionist history—the dictator was a virulent anti-Semite, hatred that “surely originated from the long years of struggle of Trotsky and his supporters,” a “political hate [that] gradually became a feeling of racial hatred against all Jews, without exception,” in the words of Stalin’s daughter, Svetlana—but it is all fabulism.

In reality, Lenin spoke out against Tsarist-era pogroms and could count Jews—secular Jews, but Jews nonetheless—as some of his closest associates. (It bears mentioning that Stalin murdered these Old Bolsheviks during the 1930s purges.) As for Trotsky, he did have a “Jewish upbringing” insofar as he went to Hebrew school and occasionally went to synagogue with his parents, butas a young man became a strident atheist who would take pains to eschew his religious heritage. If his Judaism influenced him at all, it was to realize, through witnessing and being subjected to discrimination and persecution, that oppression based on religion was yet another yoke to cast off via revolutionary struggle.

Channel 1’s decision to broadcast this makes sense within a modern-day Russian context. Its distortions are indefensible but politically acceptable in a xenophobic Russia gripped with nostalgic admiration for both the tsar and his family and for Stalin that nonetheless needs to tamp down on revolutionary spirit—and that consistently casts dissidents as tools of foreigners.

What makes far less sense is why Netflix would allow its platform to be used in this way and offer a Putin-friendly version of history to its 148 million subscribers worldwide, of whom more than 60 million are American.

The “free speech” argument, as usual, is a vacuous cop out. Barnes & Noble and your local library do not carry Protocols of the Elders of Zion any more than they carry The Turner Diaries.

Why should Netflix carry a show that shares values in common, if in a more palatable package? What responsibility does a content platform have for the content it chooses to carry?

Netflix did not respond to multiple requests for comment from Observer, but in the current context, with an increasingly bellicose Putin flexing on Ukraine and Belarus and enjoying a strange relationship with Donald Trump, Netflix’s decision to offer Trotsky is politically naive and extremely questionable at best. But then there’s the anti-Semitism.

“The biggest problem I had with this show was the gross anti-Semitic nature of it. It was pretty in your face—it was really difficult to watch at times,” Ford told the Observer in a telephone interview. “It almost rises to a [Protocols] level of myth to me. In a way, it’s trying to bring that myth back. And that’s worrying.”

“The point of them doing that in the show, obviously, was to put forward this idea that foreigners, and particularly Jewish foreigners, are to blame for the downfall of Russia at that time… and then to bring that forward to today.”

“And it just so happens to fit nicely into this great power myth that Putin” is trying to build.

Many “historical epics” or biopics idealize, airbrush or condense events in order to tell a neat and tidy story with a three act structure for a mass audience. Steven Spielberg’s Lincoln took its factual liberties just as the Queen biopic Bohemian Rhapsody did. Even Ken Burns is guilty of this. But there is a difference between bad history and false history—that is, a lie. For most of its history, Silicon Valley’s giants have been able to escape any moral culpability, but in a time when fake news spread on Facebook is triggering genocide, that assumed innocence is ending. The last century shows that poisonous lies given voice and space cause wars. Netflix should explain why it is adding to the chorus—and then probably not do it. 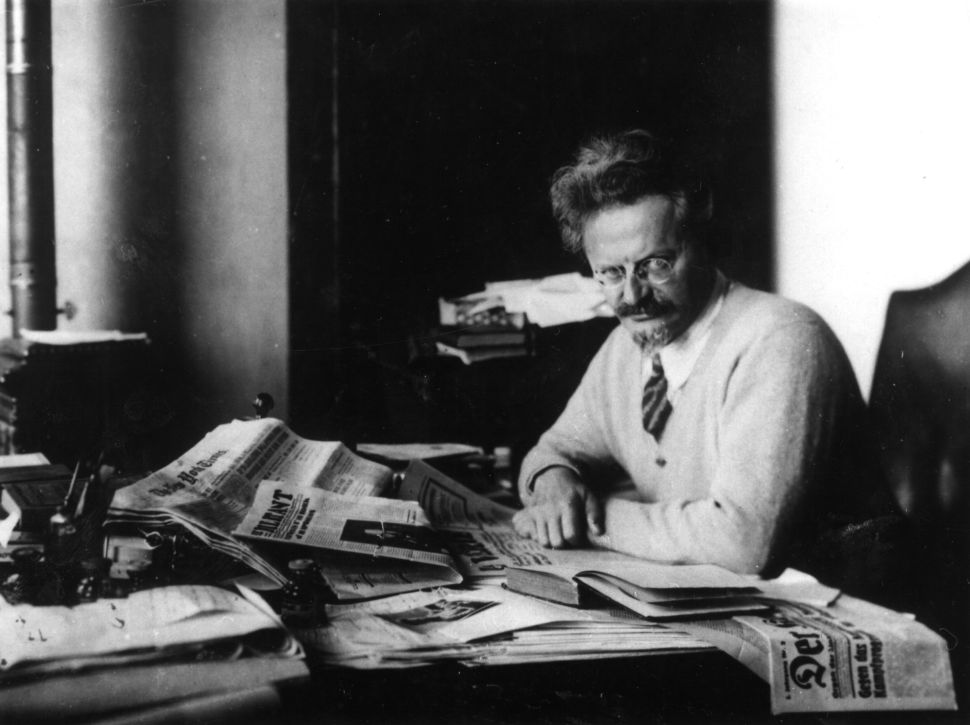