Superhero television shows have a scattered track record. The CW’s Arrowverse—built around Arrow, The Flash, Supergirl and Legends of Tomorrow—is popular, but its potential is limited by the teen-soap-opera leanings of its network. (There’s only so much distilled melodrama one can handle in a single super-sitting.) Meanwhile, Netflix’s crumbling Marvel empire—which once stood tall with Daredevil, Jessica Jones, Luke Cage, Iron Fist, The Defenders and The Punisher—is now left with just two shows, both of which are flawed and expected to join their fallen brethren in the near future. And don’t get us started on the cartoonish lunacy of Fox’s Gotham or the hackneyed procedural nonsense that defines ABC’s Agents of SHIELD.

Too harsh? Maybe. But superheroes have always been difficult to properly portray on the small screen, and each underwhelming attempt further erodes the allure of the genre. That’s precisely why Netflix’s The Umbrella Academy, based on the Dark Horse Comics line of the same name (created by My Chemical Romance singer Gerard Way), is such a refreshing surprise. It just gets it.

Developed by Steve Blackman—who has had a hand in Legion, Fargo and Altered Carbon in recent years—the series feels less constructed than birthed by the streaming-era ecosystem. With a blend of just enough seriousness to explore painful emotional truths and a sense of playfulness that stylishly hustles the story along, it is perfectly suited for a stuffed weekend of viewing (we’ve seen—well, hoovered—the first seven episodes).

The show opens on a day like any other in 1989 before it suddenly becomes a harbinger of the supernatural, as 43 infants are born to unconnected women across the world who were not pregnant when the day started. Eccentric billionaire industrialist Sir Reginald Hargreeves (Colm Feore) adopts seven of them to create The Umbrella Academy, an X-Men-adjacent school for the gifted, but without any of the paternal kindness doled out by Professor Xavier. As such, the family fractures under the weight of his cruel and demanding parenting, and the siblings scatter in their teenage years. But the six surviving members are reunited as thirty-somethings after the death of their father. Naturally, apocalyptic mysteries ensue. It wouldn’t be a superhero tale if the fate of the world weren’t at stake.

Most superhero TV mistakes the general hurdles of life—relationship troubles, career issues—as interchangeable with authenticity. But this one gets at something far more specific and embedded. We’re all carrying around some type of childhood trauma, scars from our upbringings that mold our current identities, whether we know it or not. And while we all deserve a semblance of sympathy and patience from those around us when life manifests its darkness in ugly ways, The Umbrella Academy does not pat its damaged characters on the shoulder and tell them it’s OK. It doesn’t absolve its flawed protagonists of their responsibilities or questionable choices. On the contrary, it demands that they take control of their own lives and get their shit together. You don’t get much more real than that.

It sounds melancholy in a Six Feet Under kind of way, and it can be, but the series also boasts a sardonic sense of humor to keep things light. Doom and gloom this is not. Characters deal with deep-seated insecurities, but super-powered gun battles also erupt to the tune of pop hits like “Istanbul (Not Constantinople)” and “Don’t Stop Me Now.” Speaking of music, familiar tunes can often be used in movies and TV as manipulative emotional cues, inorganically orchestrating the feelings of viewers. But one scene in an early episode scored to “I Think We’re Alone Now” is used to present our heroes as fractured and isolated, yet working toward something resembling relief, and it’s a pitch-perfect moment that makes you believe The Umbrella Academy is worthy of the form.

Among the main cast, Aidan Gallagher’s Number Five, a 70-year-old time-traveling teleporter stuck in the body of a 14-year-old, and David Castañeda’s Diego, a knife-throwing rebel, are immediate standouts. Ellen Page’s Vanya, the only one of the group without superpowers, centers the story with a defining season-long arc that serves as the backbone of the show. Mary J. Blige’s Cha-Cha and Cameron Britton’s Hazel, time-traveling assassins, are also a delightful oddball pairing.

What good wish-fulfillment fantasies do is enable the audience to project themselves onto their more attractive and carefully curated onscreen counterparts—isn’t the superhero genre founded on that very notion? We experience their lives through the lens of our own, associating our internal struggles with their mythic journeys.

The Umbrella Academy is based on existing source material, yet it feels original. It isn’t beholden to the overbearing rules and restrictive continuity of a shared cinematic universe. It isn’t sanitized into a uniform tone that appeals to a specific target demo. Too often, Hollywood haphazardly uses the superhero genre as a side door into some other popular trend. This show happily invites it through the front. 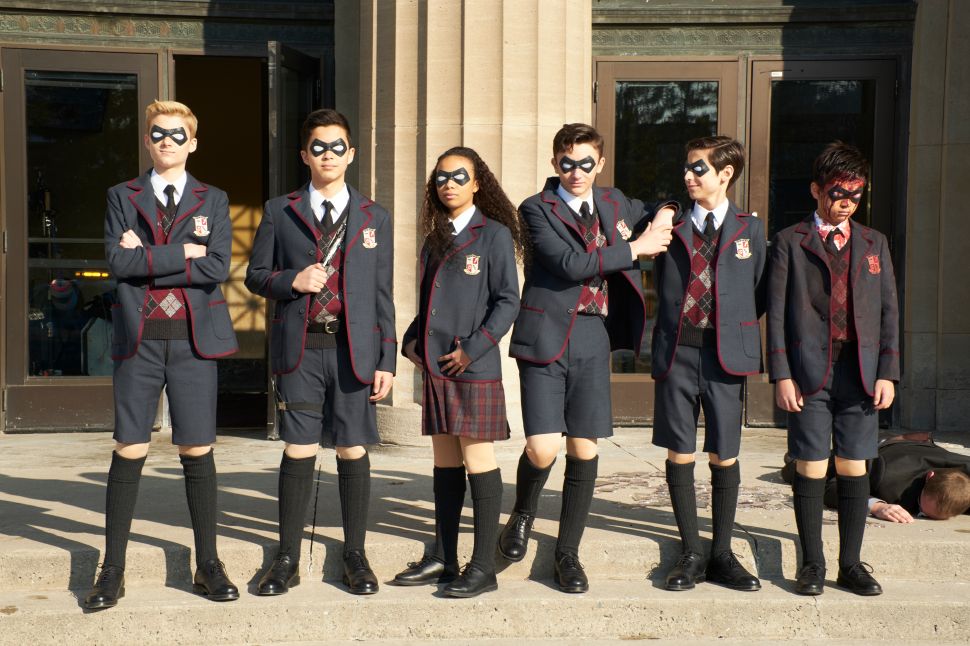