The Academy Awards are in the midst of a multi-year ratings slump. The 2018 ceremony hit an all-time low, drawing just 26.6 million viewers, a 19 percent dip from 2017 and an almost 40 percent nosedive from the show’s numbers in 2014. Sure, the Oscars remain the most-watched awards telecast at a time when broadcast TV is hemorrhaging viewers, but no other ceremonies are experiencing this kind of uphill battle.

The Disney-owned ABC Television Group charges upwards of $2.5 million for a 30-second ad during the Oscars. It needs a ratings bounce-back to justify demanding that sort of money. That’s why ABC has been pushing for Oscars reform for years; executives at Disney even scheduled an emergency meeting with the Academy of Motion Pictures Arts and Sciences (AMPAS) just days after last year’s low-rated telecast. And since both sides renegotiated their deal two years ago to keep the Oscars on ABC through 2028, ABC is feeling particularly desperate. That’s why it has finally exerted enough pressure to reshape the telecast in its image.

By now, we’re all aware of the ill-fated Best Popular Film category the Academy was forced to flirt with before deafening blowback put that idea on ice (for now). But other changes effective this year include shortening the telecast to a tight three hours and presenting four awards—cinematography, film editing, live action short and makeup and hairstyling—during commercial breaks in an effort to boost viewership. (After weeks of negative feedback, it looks like all five Best Song nominees will be performed after all.) But how sustainable is this solution?

Disney is shelling out around $75 million per year to the AMPAS for the rights to broadcast the Oscars. That’s more than 60 percent of the Academy’s reported awards-related revenue from 2017, which totaled $122.9 million. Right now, the Academy needs Disney for financial reasons, and ABC—the only Big Four network without an NFL TV deal—needs the Oscars so that it has some splashy, audience-courting live-event programming. However, is overhauling the ceremony really going to reverse a worldwide trend in viewing habits (if the Super Bowl is suffering at the hands of cord-cutting, what hope do the rest of us have?)? Some would argue the AMPAS are better off securing that money from a place where it could have more creative freedom—you know, somewhere like Netflix.

The streaming leader is spending around $12 billion on content this year alone, and live programming remains the last vestige of TV that the direct-to-consumer viewing industry has yet to truly disrupt. Wouldn’t Netflix want to jump at the opportunity to line the Academy’s pockets while dealing a significant blow to its linear competition? In the grand scheme of traditional television versus streaming, live programming is the logical next domino to fall.

The trouble is, executing this vision would be a bit more complicated than it looks on paper.

“It will be impossible to understand all the options available to the Academy of Motion Pictures unless an attorney were to review the actual specific written contract language between the parties,” David Reischer, an attorney and the CEO of LegalAdvice.com, told Observer.

Reischer thinks it is “highly unlikely” that the Academy can breach the contract solely because ABC has pushed unwanted changes on the Oscars telecast—unless, he adds, “the contract speaks specifically towards the parties’ rights and obligations on that specific matter.”

But if Netflix could strike an Oscars telecast deal, what would happen?

While it would be tickled to enrich the Academy with a lucrative new deal, it would also likely be expected to grant it creative freedom, as the company has with nearly all of its content creators. The AMPAS don’t appreciate being bullied into truncating the telecast and shafting the technical categories with an off-air presentation of their awards. Movie-making is an inherently collaborative process, and the Academy, along with die-hard film fans and cinema purists, wants to see all of its members honored equally.

There’s also the entertainment factor. Think about it: If last year’s Emmys had been subjected to similar changes, we’d never have witnessed that amazing viral on-air marriage proposal.

“The Oscars isn’t simply a TV show, the same way the Super Bowl isn’t just another Sunday night televised football game,” Marie Chan, partner at leading brand consultancy firm Vivaldi, told Observer. “It’s much more. Lower ratings in recent years doesn’t automatically equate to a distribution issue. It is likely to be more of a content issue. The Board of Governors and the producers behind the Oscars show should rethink how to make its three-plus hours more engaging. Hosts, presenters, award categories are all content areas that could use a refresh.”

There’s no quick fix for the Oscars and all the baggage that accompanies it. But even if it doesn’t make its way to Netflix or another streaming platform for another decade, an unfiltered, uncensored, unhinged telecast is exactly what the Academy needs to attract a bigger, younger audience. The alternative to the boring, sinking status quo? A lustrous, star-studded evening that’s light on the filler and heavy on the surprises. 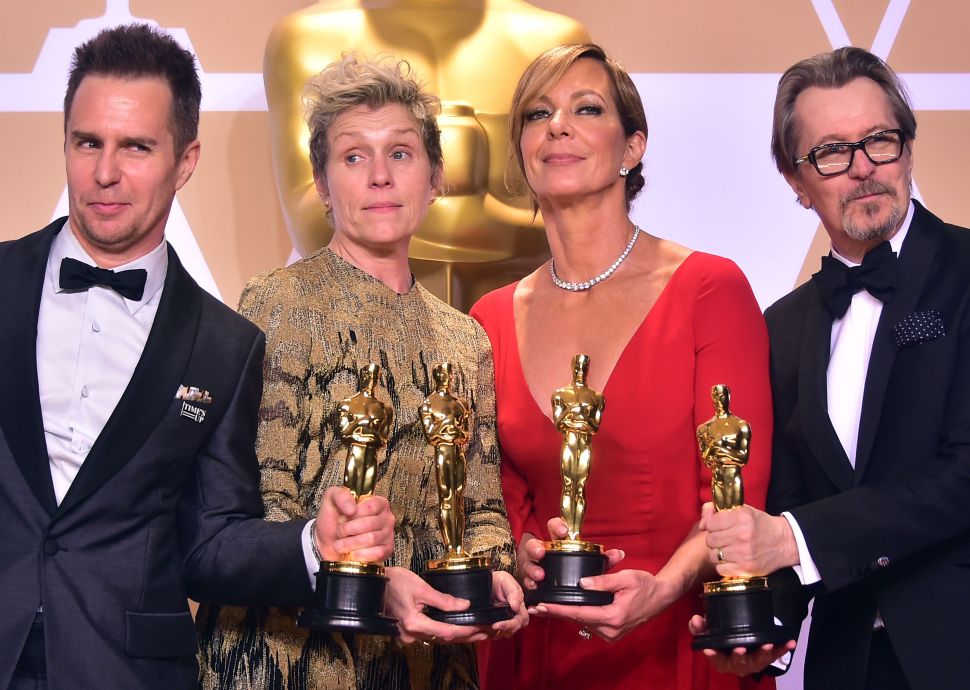