The details are still being worked out, but reports are that Gov. Phil Murphy and Democratic legislative leaders have finally reached an agreement on legalizing the use of recreational marijuana in the state, according to reports.

Politico reports that the terms of the agreement call for a $42 per ounce tax on the sale of recreational cannabis. Just how the state would tax marijuana sales had been a big bone of contention, with Murphy seeking a high tax rate and Senate President Steve Sweeney and others warning that too high a tax would result in continuing black market sales. Politico quotes sources as saying the agreement to tax marijuana sales by weight “is expected to mitigate any impact a larger cannabis supply might have on the price of pot.”

Under the agreement, Sweeney and Assembly Speaker Craig Coughlin have agreed not to stand in the way of Murphy’s appointees to the state Cannabis Regulatory Commission.

Now that the top Democrats have a plan for bringing legal recreation to the state, the next step will be to ensure there are enough votes to pass the proposal.

Some Democratic legislators, including Sen. Ron Rice, who is chair of the New Jersey Legislative Black Caucus, have supported decriminalization of marijuana but have come out against full legalization of recreational use.

Quote of the Day: “I went into the lion’s den to have a discussion. We didn’t waiver, and people weren’t happy. But we did have an honest dialogue.” — Sen. President Steve Sweeney, on holding a public hearing on his plan to address the state’s pension crisis by cutting back on public worker benefits.

Where Cory Booker Stands on Gun Rights, Legal Weed, Medicare for All, and Trump’s Wall
Drug prices. Legal pot. Green New Deal. Ban the box. Medicare for All. Voting rights.
U.S. Sen. Cory Booker has weighed in on all of those issues as he seeks the Democratic nomination for president.
NJ.com Read more

Trump National Emergency Declaration on Border Wall Draws Mixed Reactions in NJ
On Friday, after President Donald Trump declared a national emergency at the southern border, Jorge Gomez said the wall the president wants to build won’t stop others like him from entering the United States illegally.
The Record Read more

NJ’s Governor Promised to Clear Weed Convictions. Here’s How Hard That Will Be.
Jeran Crawford was 29 when he first got tangled up with police. He and his cousin were arrested in Irvington in 2010 on 16 counts. He ended up pleading guilty to six charges, including drug possession and receiving stolen property and was hit with two years of probation.
NJ.com Read more

Rutgers Agreed to Interview Murphy Staffer for Job After Call From Governor’s Office but the University Wasn’t Told of Rape Allegation
Under mounting pressure to leave his high-paying job with Gov. Phil Murphy’s administration after allegations of rape began to surface, former senior campaign staffer Albert J. Alvarez started looking for a safe landing months before he resigned in October.
NJ.com Read more

Could Local Unrest Killing Amazon HQ2 Play Out in NJ? Experts Weigh In.
A day after Amazon—and the promise of almost unprecedented jobs and investment—was forced out of New York City due to local opposition from politicians and progressives, two questions must be asked: Should Amazon have been able to foresee this possibility? Could the same scenario happen in New Jersey?
ROI-NJ Read more

Moran: Murphy’s Romance With Public Workers Could Spell His Doom on Budget
Hundreds of public workers in matching red t-shirts jammed into a packed auditorium in Union County Wednesday night to tell Senate President Steve Sweeney exactly what he can do with his plan to cut their health and pension benefits.
NJ.com Read more

Murphy Sees ‘No Reason’ to Revoke Rules That Force His Campaign Workers to Keep Their Mouths Shut
Under fire for having required his campaign workers to sign confidentiality pacts known as non-disclosure agreements, Gov. Phil Murphy said Friday he sees no reason to change what he described as a commonplace practice in politics.
NJ.com Read more

PSEG: We’re Not Bluffing About Shutting Down Nuke Plants
PSEG Nuclear yesterday rebuked opponents of its bid for lucrative subsidies from ratepayers to keep its three nuclear power plants open, vowing to close the units unless each is awarded financial incentives, beginning as soon as this fall.
NJSpotlight Read more

Lawmakers Want Inventory of Lead Lines
In a step to get a better handle on the extent of lead contamination in New Jersey’s drinking , a Senate committee yesterday passed a bill that would require public systems to inventory the number of lead service lines in their systems.
NJSpotlight Read more

NJ Transit Asks Federal Judge to Dismiss Worker Injury Lawsuits
NJ Transit has asked a federal judge to dismiss dozens of worker injury lawsuits filed under a federal law that has protected railroad employees for more than a century, but from which the agency claims it is immune.
The Record Read more

Safety Concerns Prompt Lawmakers to Mull Sales Ban on Baby Walkers
Accidents involving baby walkers send roughly five infants to the hospital each day—some with serious, lasting injuries. And while the popular devices are safer now, some state lawmakers want to make the Garden State the first in the nation to ban their sale entirely.
NJSpotlight Read more

The 18-Mile Light Rail in South Jersey Is Coming, but Not for Another 6 Years
The 18-mile commute time by light rail from Glassboro to Camden looks like it’s coming in now at just under six years.
NJ.com Read more

Woman in Wildwood Arrest Banned From Beach After Plea Deal
A Philadelphia woman whose violent arrest at the beach over Memorial Day weekend last year was captured on video has pleaded guilty to disorderly conduct.
NJ101.5 Read more

Only 2 Years Out of High School, These 20-Year-Olds Are School Board Presidents
They’ve snagged the distinction of being among the youngest school board presidents in New Jersey.
The Record Read more 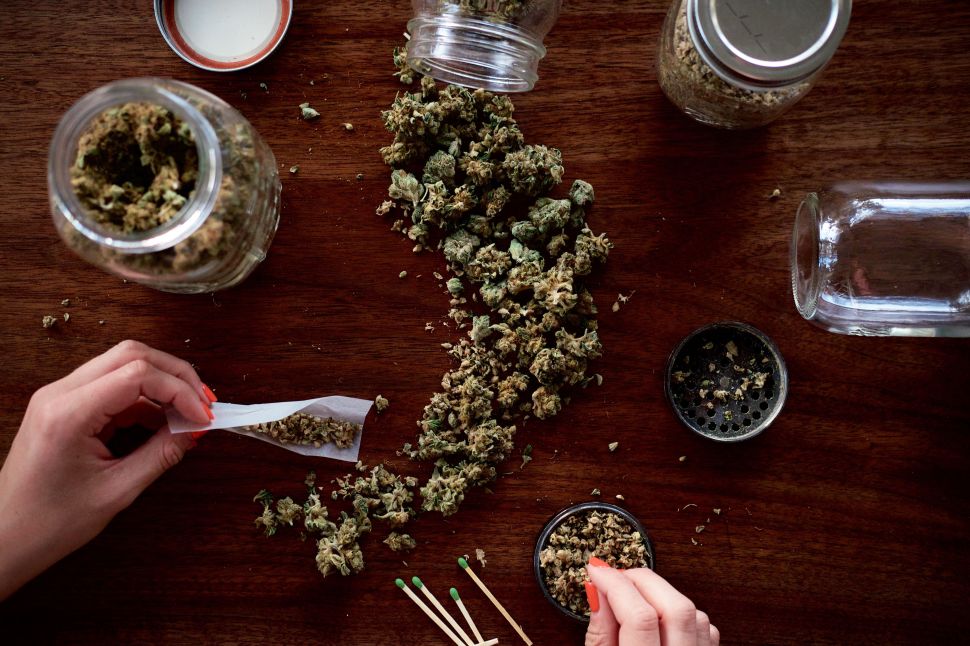