Federal transportation officials weren’t having any of it when Gov. Phil Murphy and other state officials tried to blame them for delays in returning service to three suspended NJ Transit rail lines.

Murphy and other officials had said service on the Atlantic City rail line, the Princeton Shuttle and the Raritan Valley Line couldn’t be restored until the state received approval from the Federal Railroad Administration.

The state had suspended service on the lines while it worked to install federally mandated Positive Train Control systems on NJ Transit trains. Now that the state has completed that work, Murphy said the federal shutdown was delaying the FRA approvals needed to restore service on those lines.

Not true, the FRA responded, according to a report on NJ.com. An FRA spokesman said that since NJ Transit voluntarily suspended the service, it may restart that service whenever it likes.

NJ Transit officials are now claiming they will restore service once they address the manpower issues and equipment problems that led to 2018 being a nightmare of a year for commuters.

While not committing to a firm date to restore service, state officials have said April 1 is the earliest to expect it, according to the report.

Quote of the Day: “The totality of these bills is just a recipe for taxpayer disaster two or three years down the road,” — John Donnadio, executive director of the New Jersey Association of Counties, on Gov. Phil Murphy signing the $15 minimum wage bill.

Guess Who’s Not Happy About New Jersey’s New $15 Minimum Wage
As New Jersey’s minimum wage has risen through the years and business owners have protested their rising costs, one class of employer has been exempt: the government.
Inquirer Read more

Gov. Phil Murphy Signs NJ $15 Minimum Wage Bill Into Law
After years of rejection by a Republican governor and many months of dispute between Democrats, New Jersey has joined the national movement to raise the minimum wage to $15 an hour.
The Record Read more

NJ Public-Worker Pensions Paid $670M to Investment Managers Last Year
The pension fund for public workers in New Jersey paid more than $400 million in fees and $268 million in bonuses to investment managers in the fiscal year that ended in June, according to an annual report of the State Investment Council.
NJ.com Read more

The $11B Question: Smart Growth Coalition, NJPP Debate Controversial Audit of EDA’s Tax Incentive Program
The headlines and talking points were easy: The state spent $11 billion on tax breaks for huge companies—with little to show for it.
ROI-NJ Read more

Report: Undocumented Workers Hired, Fired, at Trump Property in Camden County
Officials at a Trump golf course in Camden County declined Monday to discuss a report that they had fired several undocumented workers, one of whom had been employed for 16 years.
Inquirer Read more

Environmentalists Raise Questions About Salting of NJ Roads
New Jersey commuters won’t soon forget the snowstorm that stalled the northern part of the state last November 15. A few inches of snow brought traffic to a halt because the roads weren’t salted. Since then, the administration of Gov. Phil Murphy has had the brine and salt trucks out at even the mention of snow. But some environmentalists say that strategy is not without risk.
NJTV News Read more

Rutgers Students Who Protested for Minimum Wage Increase Are Fined $750 Each
On the same day Gov. Phil Murphy signed the $15 minimum wage bill into law, a group of Rutgers University student activists who campaigned for that cause on campus pleaded guilty to criminal charges that stemmed from a minimum wage protest.
The Record Read more

Sensitivity Training May Soon Be Required For NJ High School Coaches
A proposed law advancing through the Legislature aims to toss discrimination and harassment out of high school sports—negative practices the lawmaker who sponsors the bill says he’s all too familiar with as a head football coach.
NJ101.5 Read more

Christie Won’t Rule Out Presidential Run in 2024
Former New Jersey Gov. Chris Christie on Monday said he isn’t ruling out a presidential run in 2024, adding that he would only do it if he could “see a pathway to victory.”
Politico Read more

NJ District 13 Assembly: Scharfenberger Throws His Hat In for the Seat
Monmouth County Freeholder Gerry Scharfenberger announced his plans to run for New Jersey Assembly exactly a year after he was appointed to the Board of Chosen Freeholders. He was elected to the seat in November.
Asbury Park Press Read more

Waldwick Facing $6.75M in Pending Lawsuits
The borough is facing $6.75 million in pending lawsuit claims related to a borough administrator who was fired in September.
The Record Read more 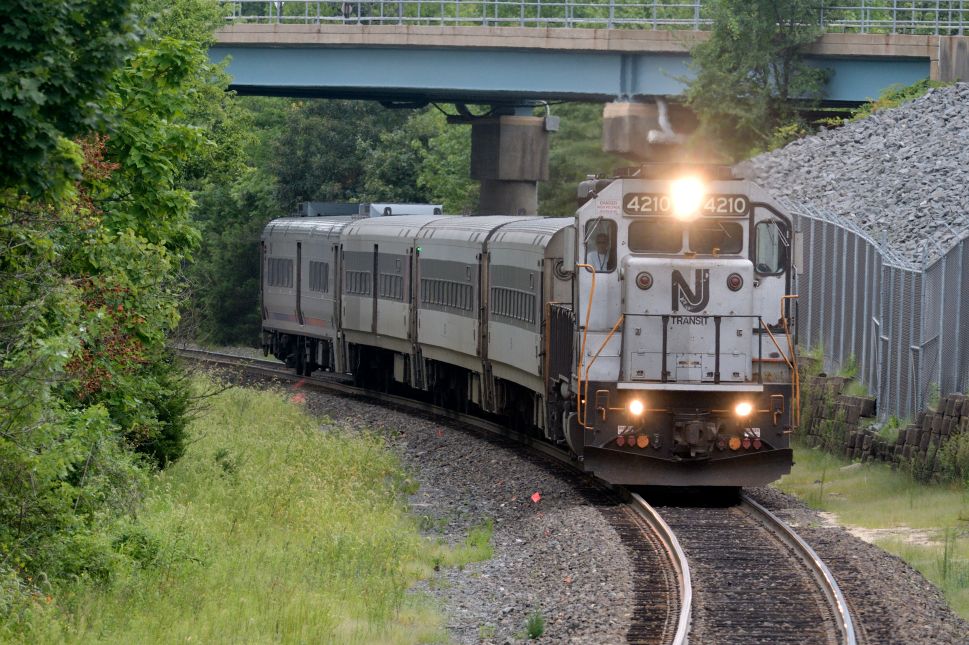