Cory Booker is widely acknowledged as being articulate and intelligent. And now we can also add “taken” to that list of attributes.

“I got a boo,” Booker said, according to a report on NJ.com.

The junior New Jersey U.S. senator and presidential candidate on Tuesday told radio station WWPR-FM that he has a girlfriend, though of course he wouldn’t divulge her name.

As NJ.com notes, the former Newark mayor has been linked to Chanda Gibson, executive director of the Council of Urban Professionals; Instagram poet Cleo Wade; actress and author Mindy Kaling; and actress and activist Rosario Dawson.

The last unmarried person to win the White House was New Jersey’s own Grover Cleveland in 1885. Booker pointed out that he has two years before there’s any possibility that the occupant of the White House would face an electoral change—that’s plenty of time to change his marital status, according to the report.

But Booker implied that in 2020, what a politician does with his free time is no longer as big a deal as it once was.

“If Donald Trump could get elected president at this point with the personal life that he has, then anybody can,” he told the radio station, the report said.

Cleveland, by the way, did get married once he won the White House. That relationship became an indelible part of American culture when it produced his first child “Baby Ruth” Cleveland.

Quote of the Day: “There’s going to be no break any more for the middle class taxpayer. No break,”—Assemblyman Anthony Bucco, on a state measure that would improve family leave benefits for workers in New Jersey by levying a projected $360 million tax increase on the middle class.

Booker’s Got a ‘Boo.’
The Democratic senator from New Jersey and 2020 presidential candidate made the revelation on a morning radio show on New York City’s WWPR-FM, known as Power 105.1.
NJ.com Read more

Family Leave Expansion, Plus Higher Tax, on Verge of Approval
A bill that would improve family leave benefits for workers in New Jersey by levying a projected $360 million tax increase on the middle class appears likely to be signed into law by mid-March by Gov. Phil Murphy.
NJ101.5 Read more

Democratic Congresswomen Wear Suffragette White to Trump’s State of Union in Show of Feminine Solidarity
Democratic Women in the House of Representatives showed up for Donald Trump’s State of the Union address on Tuesday wearing white as a symbol of solidarity.
NJ.com Read more

Here Are the Details on When and How the $15 Minimum Wage Will Be Implemented in New Jersey
A week after Gov. Phil Murphy and legislative leaders announced a deal to raise New Jersey’s minimum wage to $15 an hour, the public got its first look at the details of how it would happen.
The Record Read more

Congestion Pricing May Be Coming to NY. What’s the Impact on NJ?
New Jersey drivers already pay tolls to enter Manhattan via Hudson River crossings. What if they had to pay more on top of that?
The Record Read more

Alvarez’s Boss on Transition: Top Administration Official Must Have Approved Hiring
The former director of personnel for Gov. Phil Murphy’s transition team testified Tuesday she does not know who hired Al Alvarez for his post at the Schools Development Authority and said she was never told to curtail his job responsibilities.
Politico Read more

Lawmakers Approve Mechanism to Support Arts Through Property Taxes
In what’s being hailed as a potential boon to the arts in New Jersey, the state Assembly has approved a bill allowing local governments to seek voter approval for a tax levy dedicated to artistic and cultural projects in their communities.
NJSpotlight Read more

Case Closed Against Sen. Bob Menendez After Committee Finds That He Paid Back All Gifts
Nearly a year after the Senate Ethics Committee “severely admonished” U.S. Sen. Bob Menendez for ethics violations that nearly derailed his political career, the committee has declared its case closed.
The Record Read more

In This Way, NJ Transit Trains Are No Safer Now than Half a Century Ago.
If you ride NJ Transit trains, consider this sobering reminder from members of the National Transportation Safety Board: Trains are no safer from the crashes a critical braking system could prevent than they were almost 50 years ago.
NJ101.5 Read more

Atlantic City Casino Employment Up 20 Percent at End of 2018
With the addition of two reopened properties, casino employment at the end of 2018 was up more than 20 percent compared to the same time the year before, according to data from state gaming regulators.
Press of Atlantic City Read more

A Month Later, Paterson Still Waiting for Autopsy Results in Jameek Lowery Case
Authorities have yet to provide an official explanation for the death of Jameek Lowery a month after the 27-year-old Paterson man recorded a frantic Facebook live video at the city’s police headquarters in which he said officers wanted to kill him.
Paterson Press Read more

Lakewood SCHI founder’s $1 million corruption trial begins
The founder of a lauded special education school in Lakewood on Tuesday faced 14 strangers who, over the next several weeks, will dig through financial documents and weigh other evidence to determine if he goes home an innocent man or goes to prison.
Asbury Park Press Read more

Eagle Ridge Development Public Hearing in Lakewood Postponed by Judge
Plans to build hundreds of homes on the site of the Eagle Ridge Golf Course in Lakewood hit a speed bump Tuesday, when a judge ordered a 30-day postponement of a public hearing on the controversial proposal.
Asbury Park Press Read more 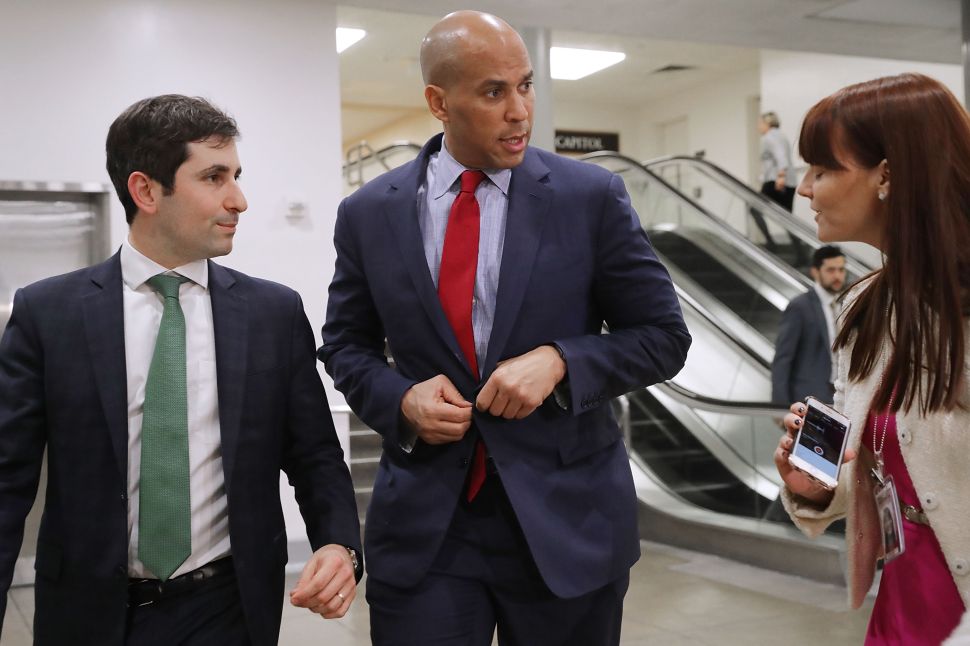