On Thursday Gov. Phil Murphy vetoed legislation to provide additional funding for emergency assistance for the homeless, according to NJ.com.

Murphy said he worried about the cost of the program, a sentiment that would normally find support among residents, who already pay some of the highest taxes in the nation. But the timing of the veto allowed bill supporters to label Murphy heartless.

“This is a cold act on the coldest day of the year,” said Senate President Steve Sweeney, who sponsored the measure, according to The Record. While Sweeney and Murphy are both Democrats and support a host of progressive causes, the two men’s animosity is well known. Sweeney said the number of people who would have been aided by the bill is not large, though the office of Legislative Services couldn’t determine how much it would add to state spending, according to a report by The Record.

The bill would have lifted a lifetime cap on assistance for the homeless. When rejecting the bill, Murphy targeted the measure’s authors, saying in his budget message the bill as written “serves as a poor substitute for more stable and reliable housing support,” according to NJ.com. Murphy said that while he supports the measure, the financial impact on the state must be “carefully considered.”

Murphy, whose first budget raised taxes by $1.4 billion and who also approved a hike in the state gas tax, has indicated he can’t guarantee he won’t seek additional tax increases in this year’s budget. Sweeney and state Assembly Speaker Craig Coughlin have said they will not support any new taxes.

Quote of the Day: “I’ve talked to Booker and I’ve talked to Kamala,” — House Majority Whip Jim Clyburn, a member of the Congressional Black Caucus, on the competition between Democratic senators Cory Booker and Kamala Harris, to line up support amid caucus members for their 2020 presidential runs.

Moran: Dark Money Reform Now Hinges on Assembly Speaker Coughlin
The Senate is close to taking a big step towards cleaner elections by approving a bill that would force secret donors to come out of the shadows and identify themselves, a measure that Gov. Phil Murphy has promised to sign. The bill was set for a vote on Thursday before a last-minute delay, but is likely to win approval soon.
NJ.com Read more

In flurry of Action, Gov. Phil Murphy Rejects Homeless Aid Bill, OKs Bus Safety, Sex Ed
As people around the state sought shelter on the coldest day of the year, Gov. Phil Murphy vetoed a bill to extend funding for emergency assistance for the homeless even though he said he supports the intent.
The Record Read more

Murphy Rejects ‘Responsible Contractor Policy’ Pension Bill
Gov. Phil Murphy vetoed a bill that would have allowed the state’s public worker pension fund to impose social justice conditions on companies it invests in, arguing the language of the bill was too broad and could jeopardize the success of the pension system.
NJBiz Read more

Minimum Wage Hike to Be Signed Into Law Monday
The Legislature on Thursday approved increasing New Jersey’s minimum wage to $15 an hour for most workers by 2024. The bill is expected to be signed into law Gov. Phil Murphy on Monday.
NJ101.5 Read more

Harris and Booker Jostle for Backing of Black Lawmakers
A behind-the-scenes scramble has broken out among Democratic White House hopefuls for support from members of the influential Congressional Black Caucus—a sign of the brewing battle for African-American voters.
Politico Read more

Game of Thrones? Judges Say NJ Transit Has ‘Sovereign Immunity’, Void $824K Verdict
NJ Transit successfully used a claim that it has “sovereign immunity” from being sued to convince judges to overturn a $824,152 award to an rail employee who was injured on the job.
NJ.com Read more

While Companies Like Amazon See a Future in Going Cashless, NJ Lawmakers Pass a Bill to Ban the Practice
New Jersey lawmakers overwhelmingly passed a bill on Thursday that would prevent most stores in the Garden State from going cashless.
Inquirer Read more

Other States Are Polluting Our Air. Now NJ Is Suing to Get Much-Needed Relief
It’s a major threat to air quality in New Jersey, but it blows in from other states.
NJ.com Read more

This Busy Airport Is Getting Busier and a New Terminal to Deal With It
As bargain flights have drawn a record numbers of passengers to a mid-sized New Jersey airport, a county is weighing three possible designs for a new terminal to help accommodate them.
NJ.com Read more

Palisades Park Officials Say Nearly $500,000 Is Missing From Its Accounts in Bank Breach
Officials in Palisades Park were notified last week that nearly half a million dollars had been drained from its accounts at Mariner’s Bank, the borough’s mayor and business administrator said Wednesday.
The Record Read more 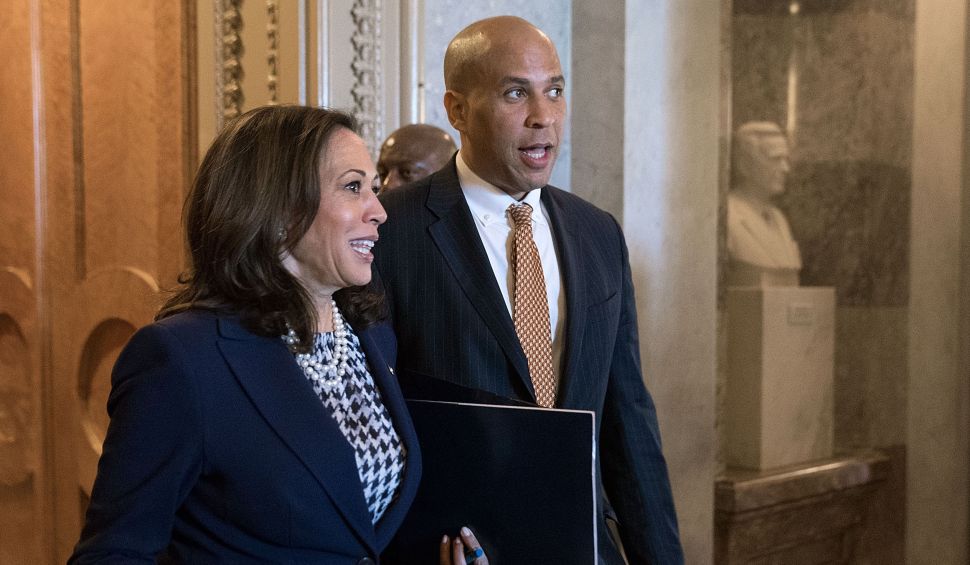