Comedian turned talk show host Joe Piscopo never pulled the trigger on a possible gubernatorial run in 2017, but that doesn’t mean he won’t continue to toy with the idea.

Fox News Insider reports that Piscopo said, “someone’s gotta save the state,” when asked about a possible gubernatorial run, citing the ongoing problem of crushing property taxes, as well as over regulation and Gov. Phil Murphy’s progressive agenda.

“It’s a matter of duty and purpose and somebody has to save the state. You cannot continue with these liberal, broad stroke agendas,” Piscopo said, also talking about New Jersey’s ongoing problem with large number of residents fleeing the state.

Piscopo had considered running as an independent in 2017, but later endorsed Republican candidate Kim Guadagno. He did not say if he would seek the party’s nomination in a future race.

An alum of “Saturday Night Live,” Piscopo now hosts The Joe Piscopo Morning Show on AM970 out of Hackensack.

Quote of the Day: “If you keep it in front of people, then they’re going to start talking about it, and then it’s going to require a fix.” — Senate President Steve Sweeney, on town hall meetings he is holding on the need to address the state’s dire financial situation.

Piscopo Considering Run For Governor to “Save” State From Liberal Agenda
Joe Piscopo is considering a run for governor because he doesn’t think the liberal agenda of Gov. Phil Murphy can continue.
NJ101.5 Read more

Leak of Deal on Marijuana Bill Complicates Plans for Vote on Legalization
New Jersey’s top Democratic lawmakers reached an agreement late last week on a bill to legalize marijuana for recreational use after more than six month of fraught and lurching negotiations.
Politico Read more

Murphy ‘Optimistic’ About Finally Legalizing Weed in NJ But Won’t Say When Vote May Happen
Gov. Phil Murphy on Tuesday said he’s “optimistic” about long-delayed plans to legalize recreational marijuana in New Jersey, days after NJ Advance Media reported that the state’s leaders have come to a tentative agreement on how to make legal pot.
NJ.com Read more

Sweeney Seizes the Mic, Holds His Own Town Halls, But Where’s Murphy?
Hitting the town-hall circuit to pitch the latest big policy initiative is a time-honored tradition in New Jersey, and in recent years governors from both parties have crisscrossed the state to drum up support for everything from property-tax reform to privatizing state highways.
NJSpotlight Read more

Want Lower Taxes? Murphy Should Focus on Pensions, Aid to Some Schools, Former Candidate for Governor Says
On his inauguration day, Phil Murphy received two gifts any new governor of New Jersey could only wish for—the lowest unemployment rate in 17 years and hundreds of millions of dollars in new tax revenue based on U.S. Supreme Court decisions on internet sales and sports betting. It wasn’t enough.
NJ.com Read more

Prices at Newark Airport Shops a Nightmare, GOP Leader Says
The last time you traveled out of Newark Liberty Airport, did you stop to buy anything from one of the vendors? Perhaps sandwich or a pack of gum? How about a bottle of ? Assembly Republican leader Jon Bramnick did, and after the shock wore off, he became very angry.
NJ101.5 Read more

Wisniewski in ‘Wait and See Mode’ Regarding 2020 Prez Politics
Former Assemblyman John Wisniewski, who served as state chairman for the Bernie Sanders for President campaign in 2016, said he’s not ready to commit to a 2020 presidential candidate at present.
InsiderNJ Read more

Danish Wind Company Wants to Use Closed NJ Power Plants
There may be new life yet for two New Jersey power plants set to be decommissioned.
NJ.com Read more 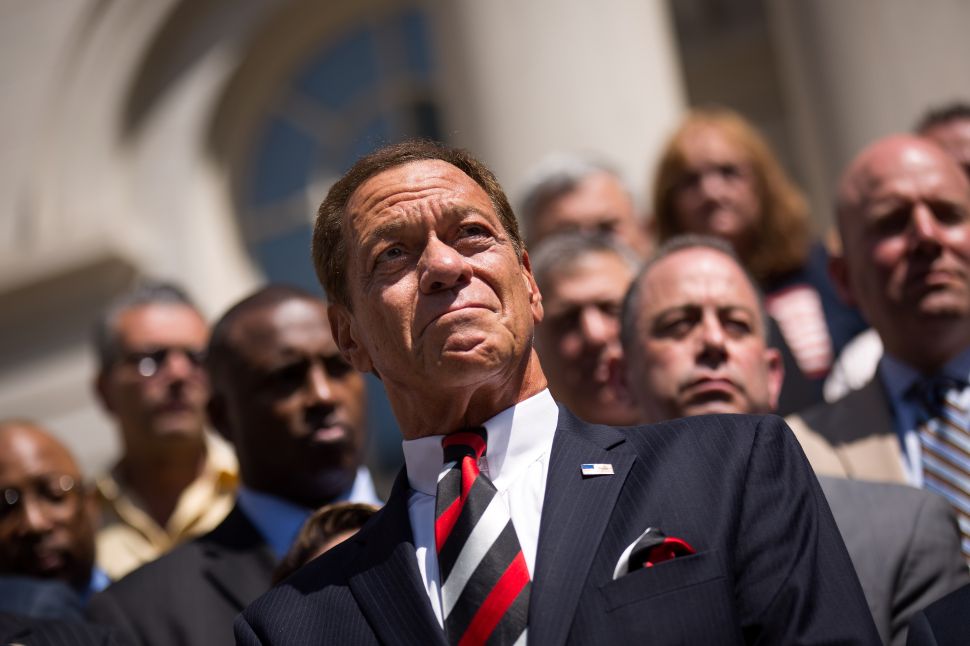