Gov. Phil Murphy says he’s “taken responsibility” for the scandal engulfing his administration over hiring a man accused of raping a volunteer on his gubernatorial campaign.

But Murphy still won’t say who hired Al Alvarez for the $140,000-per-year state post Alvarez held until a newspaper report exposed the controversy. Asked the question by a caller during a telephone town hall Wednesday, Murphy expressed annoyance that screeners had let the question through.

“Not the question that you said you were going to ask, obviously,” the governor said, according to a report on NJ.com. Then the governor recommended the caller read a taxpayer-funded report Murphy commissioned into the scandal, that also failed to identify who gave the job to Alvarez—who denies the allegations against him and was not prosecuted by two county prosecutors offices that investigated the case.

The report has sparked anger among state lawmakers, including those from Murphy’s own party, who said it failed to answer basic questions surrounding Alvarez’s hiring and didn’t hold anyone responsible.

Top members of Murphy’s administration, including Alvarez’s boss and the head of personnel for the governor’s transition team, have told a legislative panel they don’t know who hired him.

Murphy has expressed regret that he didn’t know what happened sooner, saying he didn’t learn about the situation until the Wall Street Journal published its report. Murphy, however, had told the campaign volunteer, Katie Brennan, that he was “on it” when she emailed the governor and his wife asking to speak about a “sensitive topic” months before she went to the Wall Street Journal.

Still, Murphy said Thursday that if he’d known about the situation, Alvarez wouldn’t have been hired, according to Politico. Despite pleading ignorance, Murphy contended “the buck stops with me” and that he wouldn’t punish anyone in his administration for what happened.

And while no one will tell the legislative panel who hired Alvarez, Murphy said he was proud of how his office has cooperated with lawmakers, according to Politico.

Quote of the Day: “I’ve taken responsibility for what happened. More importantly, I’m taking responsibility for fixing it,” — Gov. Phil Murphy, who said he didn’t know about allegations a top aide raped a volunteer on his campaign until the Wall Street Journal reported on it, and claims he does not know who hired the man for a high-paying state job.

Booker Won’t Take Pharma Money
Cory Booker’s presidential campaign will not accept campaign contributions from anyone who works as an executive in the pharmaceutical industry, according to a fundraising solicitation from one of his longtime supporters.
New Jersey Globe Read more

How Will LGBT History Be Taught in New Jersey Schools After New Law?
New Jersey schools will teach LGBT history under a new state law, but what does that mean for the classroom? That may depend on where you live.
The Record Read more

Laid off? NJ Pushes Plan for Employees to Get a Week’s Severance Pay for Every Year Worked
Bruce Miller worked at a Sears Auto Center in Toms River for more than 35 years before losing his job last April as the once-iconic retailer shuttered storefronts on its descent toward bankruptcy.
The Record Read more

Murphy Doesn’t Plan to Punish Aides Over Alvarez Hiring: The ‘Buck Stops With Me’
Gov. Phil Murphy said Thursday he does not plan to punish any of his aides for their handling of rape allegations against Al Alvarez, declaring at a news conference that the ‘buck stops with me.’
Politico Read more

Murphy Was Surprised With This Question During Telephone Town Hall
It’s the unanswered question that’s been asked dozens of times over the past couple months and probably the last one Gov. Phil Murphy wanted to get asked Wednesday night during a telephone town hall he used to promote a new $15 minimum wage bill he just signed into law.
NJ.com Read more

NJ Crime Victims’ Program Failed to Safeguard the Identity of Those Seeking Help, Feds Say
New Jersey’s crime victims’ compensation program did not protect the personal information of those filing claims with the state and also fell short in documenting some of the funds it allocated for relocating victims, according to a new federal audit.
NJ.com Read more

Will Booker’s Education Track Record Be a Problem?
Sen. Cory Booker is running for president—and bringing a lengthy record on education with him.
NJSpotlight Read more

Key Republican to NJ Taxpayers: Tough Luck, You’re Not Getting Your Property Tax Break Back No Matter What Trump Says.
A key Republican senator wasted no time in putting the kibosh on restoring your full deduction for state and local taxes.
NJ.com Read more

NJ Transit Official Charged in Scheme to Steal More Than $2M From Agency
An NJ Transit official and five others have been arrested and charged in a scheme to steal more than $2 million from the agency by submitting fraudulent bills for services, the Essex County Prosecutor’s Office and NJ Transit Police said.
The Record Read more

It’s Called a ‘Rain Tax.’ But Will It Really Help Prevent Floods and Stop Pollution?
Every time it rains, washes off streets and parking lots, ending up in streams, rivers and lakes. And that runoff carries everything from leaked motor oil and road salt to dog poop, polluting waterways throughout New Jersey.
NJ.com Read more

Lawsuit: NY Car Crash Victims Were Sent to NJ Surgery Center, Forcing Them to Pay More
The owner of a Saddle Brook surgery center, where poor sterilization and other deficiencies may have exposed patients to HIV and hepatitis, owns another North Jersey surgery center that has been alleged in a lawsuit to have defrauded an auto-insurance company of millions of dollars.
The Record Read more

Want to Airbnb Your Home in This City? You’ll Have to Ask All Your Neighbors First.
Newark is considering clamping down on home rental services like Airbnb in a move officials say will help regulate the growing industry and allow the city to cash in on the profits.
NJ.com Read more

Republican Named Winner in Contested Westwood Council Election
An incumbent Republican will return to the Westwood Borough Council after a Superior Court judge ruled to discount three votes for a Democratic candidate.
The Record Read more

Paterson Schools Chief Could Add $35,000 in Bonuses to $233,000 Salary
Improved student test scores and graduation rates are some of the ways that Paterson Schools Superintendent Eileen Shafer could collect an extra $35,000 in bonuses on top of her annual salary of $233,000.
Paterson Press Read more 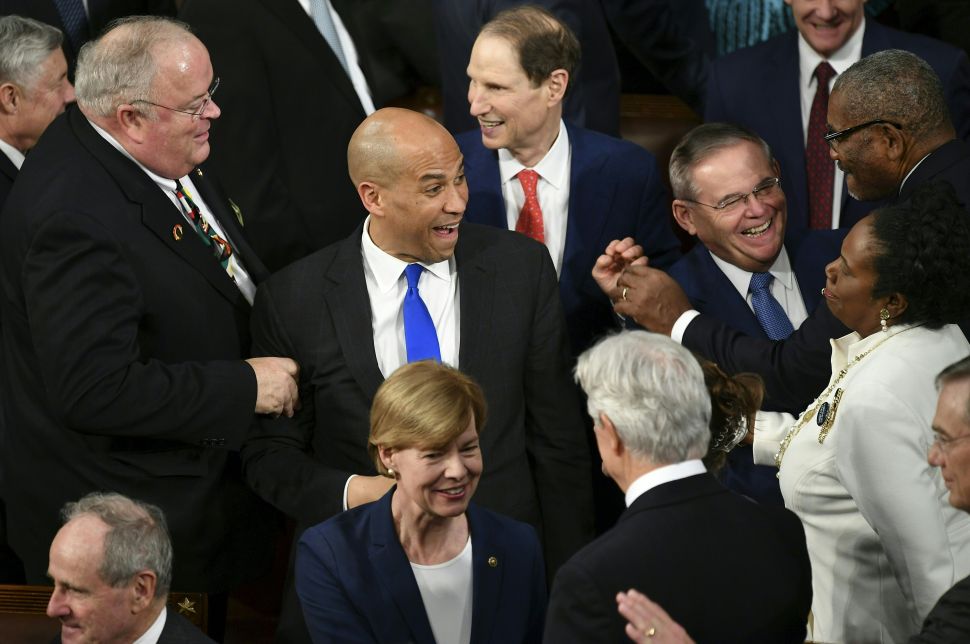