To the easily amused internet-browser looking for a quick diversion, nothing does the trick like perusing wild speculations that come totally out of left field. Corporate food brands and conspiracy theories go together like ice cream and apple pie, and this week the beloved family entertainment chain Chuck E. Cheese became the latest culinary giant to come under fire for an alleged misdeed it was ultimately forced to publicly deny.

Shane Dawson, a popular YouTuber whose videos regularly pull in tens of millions of views, sparked the controversy on February 11 when he posted a video in which he investigates popular conspiracy theories and then endeavors to confirm or debunk them.

Chuck E. Cheese, Dawson implied, was not actually baking all their pies fresh, but in fact serving customers old, uneaten slices arranged in such a way that they appeared to have just come out of the oven, albeit while still looking a little misshapen. Dawson illustrated his accusation by filming himself eating pizza and looking on quizzically in an unspecified Chuck E. Cheese location.

“The claims made in this video about Chuck E. Cheese’s and our pizza are unequivocally false,” a Chuck E. Cheese spokesperson told BuzzFeed in a statement. “No conspiracies here—our pizzas are made to order and we prepare our dough fresh in restaurant, which means that they’re not always perfectly uniform in shape, but always delicious.”

American chain establishments are incredibly easy to target with accusations of mishandling food because certain restaurants have indeed been known to (most of the time accidentally) sell menu items that are somewhat less than delectable. For example, finding a finger in your fast food has been an occasionally confirmed urban legend for ages.

Also, speculating about how exactly McDonald’s makes its delicious chicken nuggets is so common, it should be registered as a mandated sport. Everyone wants to know where their fast food comes from, and everyone wants to feel like they’ve discovered something nobody else knows. Hence why this unfounded Chuck E. Cheese hypothesis took off so fast.

As our country gets torn apart by heinous, dark conspiracy theories, at least this one is relatively innocuous—and pretty freaking funny. 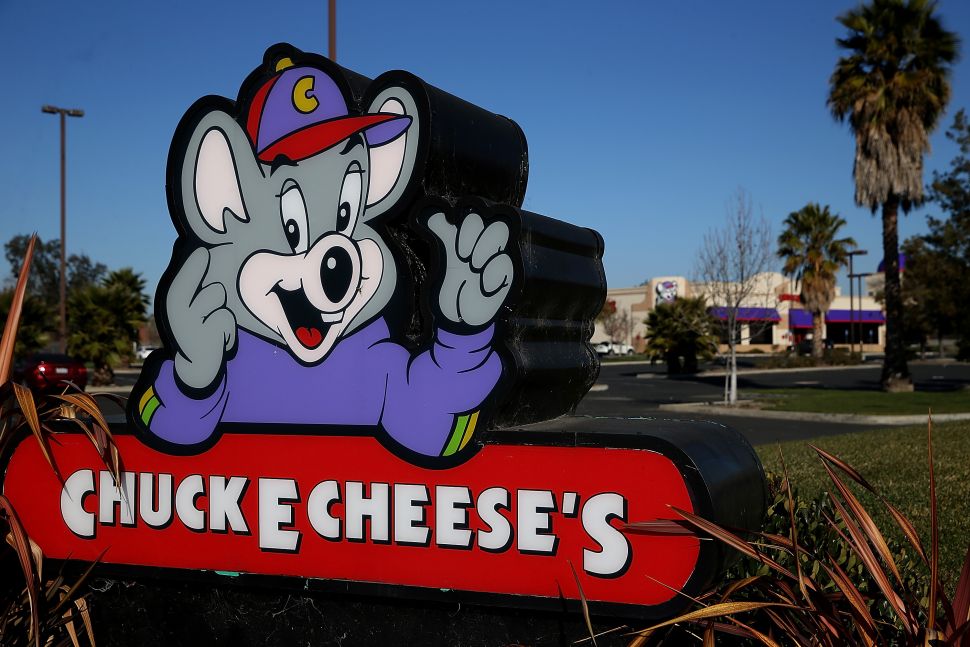