The stock tumble is believed to have cost Oprah Winfrey, Weight Watchers’ longtime brand ambassador and shareholder, as much as $48 million. Winfrey currently owns about eight percent, or 5.4 million shares, of the company, according to a January SEC filing.

As painful as her Wednesday loss was, it might as well be seen as a blessing in disguise for the talk show queen. Some could even argue that Weight Watchers’ market woes today are partly Winfrey’s own fault in the first place.

For the past few years, Wall Street’s expectation of Weight Watchers has relied heavily on how much confidence Winfrey showed in the company.

Winfrey became a central figure in Weight Watchers’ marketing efforts in 2015. That year, she purchased 10 percent of the company, or over six million shares at a price of $6.79 apiece. In addition, she was granted a generous stock option and joined the company board. Weight Watchers shares soared 100 percent in a single day following the news and continued its climb over the next three years.

However, with Winfrey’s WW contract set to expire in 2020, the talk show star has slimmed down her involvement with the brand.

In March 2018, Winfrey exercised her stock option to buy 1.4 million Weight Watchers shares at a price of $6.97 and simultaneously sold about two million shares at the market price between $58.29 and $63.94, according to an SEC filing.

Those transactions netted her $110 million in instant profits, according to the New York Post, and, in hindsight, saved her at least $40 million from Wednesday’s big crash.

As of today, Weight Watchers stock price is 80 percent down from its peak in July 2018. CEO Mindy Grossman said the sharp decline in 2018’s final quarter was merely a side effect of the company’s ongoing strategic shift.

Under Grossman’s leadership, Weight Watchers rebranded itself as WW last September in a bid to revamp the company image from a weight loss expert to a holistic wellness provider. (WW stands for “wellness that works.”)

“While we are disappointed with our start to 2019, we are confident that our strategy to focus on providing holistic wellness solutions leveraging our best-in-class weight management program is the right path to support long-term sustainable growth,” Grossman assured investors in a statement on Tuesday.

And the company is still counting on Winfrey to revive its past glory, saying that she will play a central role in its upcoming spring marketing campaign. 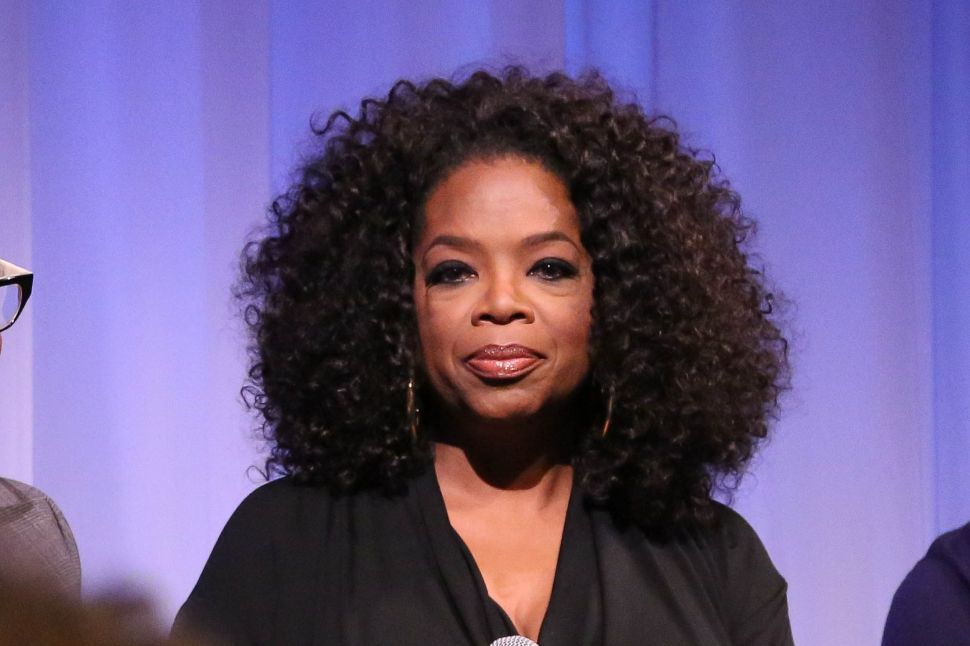