Here’s hoping that viewers and Academy voters who watched the 2019 Oscar-nominated shorts had stiff drinks at the ready. Aside from the ultimately triumphant doc Period. End of Sentence (which itself deals with the shame that Indian women face for menstruating), the 15 shortlisted films in the Live Action, Animated and Documentary categories have an unmistakable, overarching bleakness, to the extent that watching them marathon-style—as many folks can in select cities—might leave you lumbering out of the theater before the end.

That’s right: Just when you thought Bohemian Rhapsody was Oscar’s greatest endurance test, Nazism, racism, end-of-life care, childhood violence and broken homes are all covered in this year’s lot of lauded short-form cinema. Historically, Oscar shorts that explore this sort of downbeat subject matter emerge as frontrunners for wins, either because they’re tearjerkers or they’re collectively deemed important. But when virtually all of the titles tap into some sort worldly woe, it’s anyone’s guess as to which will snatch the trophies.

The most hard-hitting field is surely Live Action, which includes at least two films—Detainment from the U.K. and Fauve from Canada—that deal with the horrifying death of a young child (Detainment is arguably more disturbing since the murder suspects of the fact-based narrative are children, too).

It’s on the audience to decide what becomes of the missing kid in Spain’s Madre, which sees a distraught, helpless mother crumbling while on a phone call with her six-year-old, who’s lost on a deserted beach in France. Liberals might revel in the Get Out-style social justice that caps off the U.S.’s Skin (featuring rising Dumplin’ star Danielle McDonald), but it comes at the cost of witnessing a brutal hate crime and yet more childhood trauma. The warmest of the bunch is Canada’s Marguerite, which, albeit centered around an aging woman on hospice (and her sweet-natured, lesbian caretaker), at least ends with a bittersweet coda in which Marguerite can die without keeping her own queer desires inside.

The Documentary lineup isn’t much cheerier, which may not be so surprising, but then, there are stories of human triumph—like the climbing flick Free Solo—populating the Oscars’ Documentary Feature category.

The shorts bunch includes the U.K.’s Black Sheep, in which a young black man moves to an all-white, markedly racist neighborhood full of teens who praise Hitler, so in response he changes his wardrobe, tweaks his hair and eye color, and even bleaches his skin to fit in. Another Nazi film recognized here is the U.S.’s A Night at the Garden, which runs a mere 7-plus minutes, but sears in the memory since it seems so impossible. Culled from actual archival footage, the short depicts a 1939 pro-Nazi rally that happened on American soil, with more than 200,000 Nazi supporters gathering en masse at…Madison Square Garden.

A flick that’s sure to resonate in today’s immigrant-sensitive culture is the U.S.’s Lifeboat, which follows benevolent European ship captains as they attempt to rescue the thousands of refugees who regularly make the near-impossible trek across the Mediterranean to flee from Libya. End Game, meanwhile (also from the U.S.), makes a noble attempt to celebrate death as a natural part of life, but there’s no escaping the deep despair of watching its suffering subjects slip from this mortal coil. Again, the only patch of respite arrives with Period. End of Sentence, in which Indian women are empowered to make and wear pads to combat the sexist and religious shame surrounding their respective times of the month.

Indeed, anyone watching all 15 movies should save the animated shorts for last, if only because the medium is less oppressive than seeing real humans suffering on-screen. Still, Weekends, from the U.S., follows a boy who splits his time with his parents following a divorce, and ends on an unapologetically blunt note. Like Marguerite, Ireland’s Late Afternoon also depicts a woman at death’s door, grappling with Alzheimer’s until, in a Notebook-style twist, she remembers her adult daughter.

More spirited is Canada’s therapy-themed Animal Behavior and the U.S. and China’s One Small Step, but the former ends with a thud that’s too darkly comedic for its own good, and the latter features the abrupt death of the father of a girl whose astronaut dreams leave him interminably lonely. The sneaky, empty-nest twist of Pixar entry Bao has a surprisingly disarming effect, and the first-act conceit of dumpling-turned-child is all kinds of goofy-cute, but in between come the rough pangs of separation anxiety, which render a mother so desperate she’ll literally consume her son before losing him.

So, what does it all mean? While this year’s shorts won’t make for a cheery time at the movies, and aren’t exactly the types of films you’d recommend to your friends, there’s something admirable about their consummately unflinching tones and wide swathe of crushing stories, plucked from across the globe. As the rest of the AMPAS has frantically scrambled to stay woke with their ceremony and major slates (while still lauding white apologist fare like Green Book), the shorts have quietly snuck in to bluntly confront a spate of real human issues—and, in effect, widespread representation.

It’s common knowledge that many of the artists behind these works don’t need to jump through the usual hoops of studio approval, resulting in more experimental approaches and practically zero concern for box-office sales. How has that freedom translated this year? The overall selection of shorts suggests that these filmmakers—many of them still budding in the biz—are collectively hurt by the unignorable dread of our times. And they’re determined to channel that pain into their art, whether you want to see it or not. 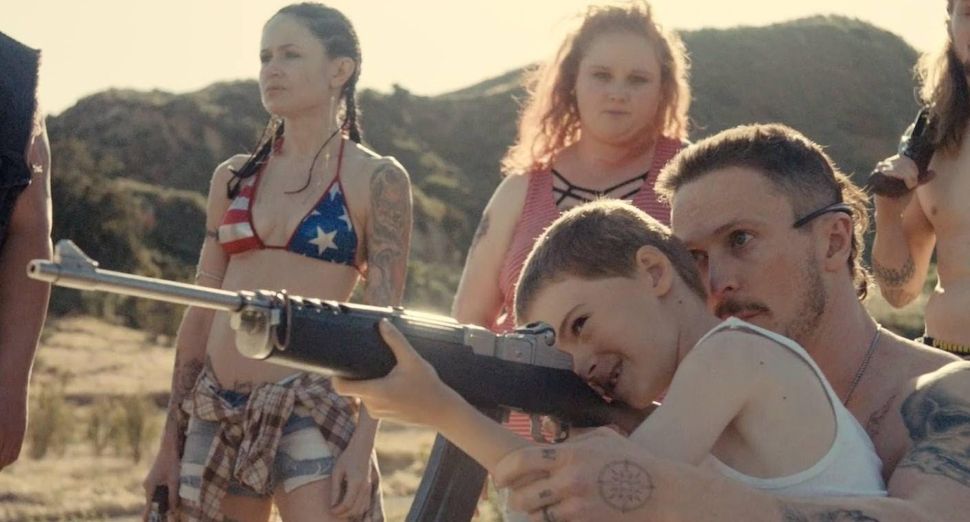