We’ve examined how Roma could make Netflix and Academy Awards history. We’ve speculated over the future of the Oscars telecast and if it might ever abandon ABC’s ship for a streaming platform. We’ve even laid out our own Oscars predictions.

Now, as the big night draws closer, instead of looking forward, we’re looking back, specifically at some of our favorite Oscar-nominated films that, despite being amazing, failed to snag the Best Picture trophy. These nine excellent movies from the past decade may have lost at the Academy Awards, but they won our hearts forever. Here, we remember them fondly.

The 1990s were an epochal time for Quentin Tarantino, who reshaped cinema in his breathlessly stylistic image despite never winning a Best Picture award. So it should come as no surprise that his best work of the 21st century winds up here.

While you can make a case for District 9, Up and even Avatar in a twisted sort of way, you can’t take away all the hopes and dreams that Inglorious Basterds hatched in Bar and Bat Mitzvah tutoring sessions across the country. Mazel tov.

On paper, we’re not sure this movie should have worked: A smart, young asshole invents Facebook. Where’s the intrigue? Where’s the drama? Yet The Social Network is a remarkably perceptive feature that confidently revels in the grandest social media platform’s less-than-rosy beginnings. By wittily tearing down The Creator, the film pointedly paints Facebook as a grim manifestation of our worse impulses—a sentiment that proved to be ahead of its time given the scandal and controversies that have plagued the company since.

Now, Fincher and Sorkin have more than enough new material to tackle that oft-discussed sequel. We’re here for it.

This year was marked by one of the weaker Best Picture races in recent memory, with also-rans including The Descendants, Extremely Loud & Incredibly Close (Sequel Idea: Not Allowed & Nothing to Boast), The Help, Hugo, Moneyball, The Tree of Life and War Horse.

The intervening years have seen vocal supporters sprout up in favor of Hugo, Moneyball and War Horse. But we’re going with this dreamy and idyllic time-travel rom-com for its sweet and compassionate charm. No, it isn’t nearly as weighty as its contemporaries—Midnight in Paris will not be the subject of any professorial film lectures—but its magical realism is spellbinding for those willing to believe.

Another thin year in which you could just as easily make a case both for and against all of the nominees: Amour, Beasts of the Southern Wild, Les Misérables, Life of Pi, Lincoln, Silver Linings Playbook and Zero Dark Thirty.

Benh Zeitlin’s Beasts is overwhelmingly joyous but also undeniably challenging. Tom Hooper’s Les Mis was beloved by some, hated by others. Silver Linings Playbook was entertaining and well cast, but is it just us or did David O. Russell imply that love cures mental illness?

You can apply the same back-and-forth for Argo and Django Unchained, but Tarantino’s madcap vision in this star-studded, bloody western about a freed slave (Jamie Foxx) trying to save his wife (Kerry Washington) from a villainous plantation owner (Leonardo DiCaprio) is particularly unforgettable.

Spike Jonze’s beautifully rendered vision of the near future is by turns heartbreaking and uplifting in its depiction of loneliness and connection. Given these current volatile times, it feels like the world is in need of Jonze’s soft touch again. And yet, he has not made another feature since.

At their core, movies are about relationships, and Her embeds itself in one we can all internalize despite the light layering of sci-fi on top. Joaquin Phoenix is tasked with delivering the film’s emotional significance all by himself, which he does with an understated, affecting performance. Together, he and Jonze probe what humans need and want out of love. Her is not only one of the best films of the decade, but maybe the best film that didn’t win the Best Picture Oscar this decade.

Like the music from which the story flows, Whiplash is directed and edited with a sense of creative orchestration—there are a lot of moving parts, but Chazelle coerces them into unison. Its final scene is the perfect culmination of the film’s journey, bringing all of its angst and fury and passion to a rousing crescendo. Go take five minutes to rewatch it.

The greatest compliment we could give last year’s Mission: Impossible—Fallout was that it was the best action movie since Mad Max: Fury Road. George Miller’s long-awaited sequel is a film so packed with colorful, gorgeous, diesel-fueled spectacle that it threatens to explode at every moment. It is a purely kinetic experience that is felt rather than seen.

Why does a moving wasteland war vehicle sport a red unitard–wearing man strung up on wires playing a double electric guitar that shoots flames? Cause why the fuck not?

Barry Jenkins’ Moonlight is one of the finest films of the 21st century, so you’ll find no argument here about its win.

That said, Arrival showcases the continual evolution of an auteur visionary in Denis Villeneuve. His movies have been lauded by critics and fans alike, and his track record reads like a step-by-step guide on how to properly navigate a Hollywood run. Similar to Her, this is a sci-fi film in name, but that’s it. Yes, there are aliens, but Arrival is very much about communication between people. It’s grounded in its approach to the otherworldly, which gives everything a beautiful sense of realism (shout out to Roger Deakins’ breathtaking cinematography). That it can weave together a touching tale of fate as well is just icing on the cake.

Actual Winner: The Shape of Water
Best Loser: Get Out

This one is still fresh, so we’re confident you’ve heard all the hot takes, read through all the think pieces and evaluated all the arguments. We’ll just say that Jordan Peele’s Get Out is one of the most impressive directorial debuts in a long time. For a newbie, his grasp of symbolism is remarkable, and the film’s blend of genre and tones—horror, comedy, social thriller—feels at ounce seamless and totally eerie.

Get Out rewards multiple rewatches, which unmask hidden meaning around every shadowy corner. Here’s hoping Peele is just getting started. 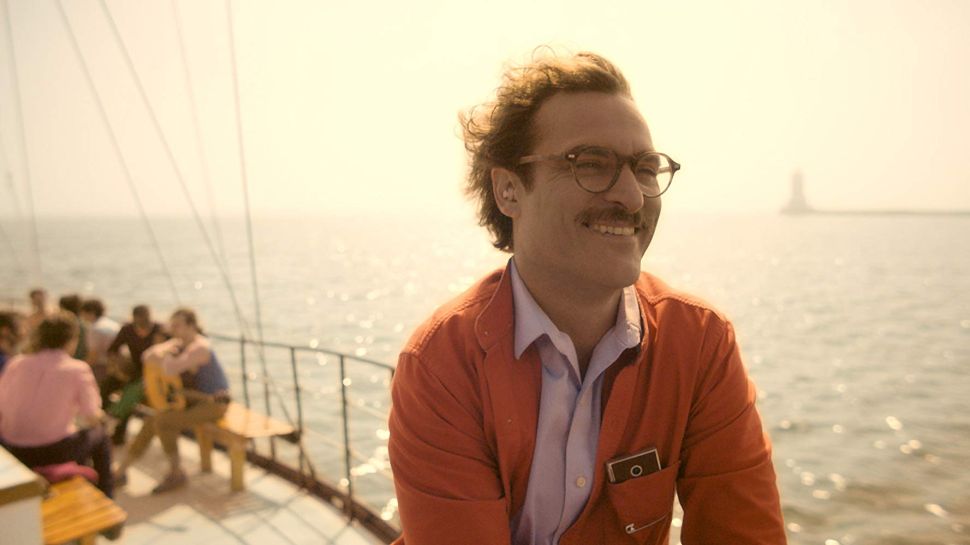