The months leading up to Sunday’s 91st Academy Awards have been pocked with unpopular decisions and reversals by the Academy, unending drama and controversy surrounding the unwanted hosting gig, and a general feeling of exhaustion from movie fans. In our hour of need, we turn to the only man who can save the Oscars: Korg.

Fade in; the Dolby Theater in all of its star-studded glory. The camera rolls through the crowd of beautiful A-list stars and we hear the orchestra begin its rousing opening theme. As the applause begins to die down and the music starts to soften, our surprise host strolls on stage.

KORG: Hey there, my names Korg. Welcome to the 91st Academy Awards. We have a great night planned for you, except if you’re a straight white man.

Hehe, there’s a little topical social commentary for you. Anyway, as you can see, I am not a white man as I am made of perishable rocks.

The crowd already belongs to him. He paces the stage and looks out into the audience.

KORG: There are so many amazing performances being honored tonight. Christian Bale is nominated for playing a sleazy and evil fat guy…It’s funny, I didn’t know they were making a movie about my mum’s boyfriend.

Bale falls out of his chair laughing.

KORG: Glenn Close is nominated for playing an underappreciated partner whose immense talents are taken hostage by the men around her. Or, as I like to call it, every female lead in the Marvel Cinematic Universe.

The crowd laugh-groans at the too-close-for-comfort zinger.

KORG: Expect controversy tonight, folks, as I’m leaving no stone unturned. Hehe, just a little rock-related pun for you there.

Twitter is already alight with memes. The opening monologue is drawing the biggest early ratings in years.

KORG: We also have a handful of amazing films that are nominated tonight. Roma is a masterclass in expressive filmmaking bursting with authentic emotion. Unfortunately, Netflix didn’t print enough pamphlets so hardly anyone actually saw it.

Alfonso Cuarón does not appreciate the joke.

KORG: Speaking of Netflix, Steven Spielberg has drawn attention over the last year for his comments about streaming movies, saying they shouldn’t be eligible for Oscars. It’s ironic, because that’s exactly how we all felt about Ready Player One.

Entire theater bursts into laughter. Spielberg does not appreciate the joke.

Korg peers through the spotlight.

KORG: Oh no, I think I see some unhappy faces out there. Let me guess, you’re Bradley Cooper’s parents? (Cooper loves it). It’s alright Mr. and Mrs. Cooper, there’s actually a support group for talented filmmakers that were snubbed for Best Director nominations. It’s called the entire female race.

KORG: But in all seriousness folks, we have a great show for you tonight that should be over just in time for the next presidential election—don’t want to miss that! We’ll get things started when we return.

Fade out to commercial. 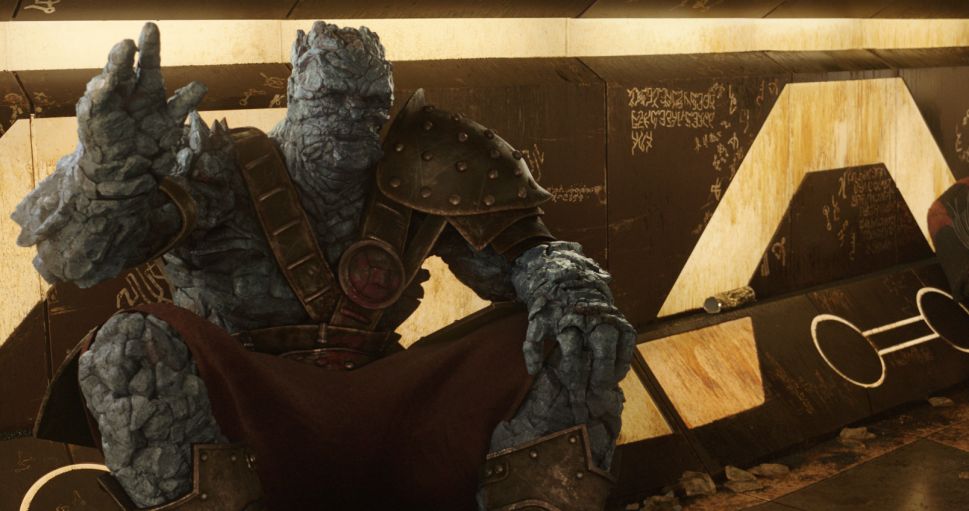