The 91st Academy Awards are finally, thankfully over. After the surprisingly misguided Oscars slog this year featured several highly publicized and hilarious missteps, we’ll now have a brief respite from the grind. Yet before we completely retreat from the Hollywood battleground, let’s end this particularly tempestuous season on a fun note—by taking a stab at predicting the 92nd Academy Awards!

To be clear, this very, very early forecasting is based on name power, concept, Oscars history and the softest of industry whispers. Some of these films don’t even have confirmed 2019 release dates yet, and as we’ve seen in recent years, trying to pin down potential winners in major categories this far out is a bit of a drunken dart throw (remember this time last year when we thought First Man was going to dominate?) Still, these contenders at least stand a chance at getting some substantial love from voters. And if you can’t get into the speculation, just consider this a preview of some of the most promising films to come.

The Goldfinch: A young New York boy (Stranger Things’ Finn Wolfhard) is adopted by a wealthy Upper East Side family after his mother is killed in a bombing at the Metropolitan Museum of Art. Based on the novel by Donna Tartt.

The Irishman: A mob hitman (Robert De Niro, reuniting with Martin Scorsese) recalls his possible involvement with the slaying of Jimmy Hoffa during a career of crime that spans decades.

Ford v. Ferrari: The true story of the battle between, you guessed it, Ford and Ferrari and their excellent engineers/drivers (Christian Bale and Matt Damon) to win Le Mans, the world’s oldest active sports car race, in 1966.

Little Women: Based on the classic Louisa May Alcott novel, four sisters (Saoirse Ronan, Emma Watson, Florence Pugh, Eliza Scanlen) come of age in America in the aftermath of the Civil War.

The Laundromat: A group of journalists (led by Meryl Streep) unearth more than 11 million files that connect the world’s most powerful political figures to secret banking accounts to avoid taxes.

Fair and Balanced: Several women (including Charlize Theron, Margot Robbie and Nicole Kidman) set out to expose former Fox News boss Roger Ailes (John Lithgow) and the toxic male culture he presided over at the network.

Once Upon a Time in Hollywood: In the latest from Quentin Tarantino, a TV actor past his prime (Leonardo DiCaprio) and his needy stunt double (Brad Pitt) attempt to achieve fame and fortune during the final years of Hollywood’s Golden Age in 1969 Los Angeles.

A Beautiful Day in the Neighborhood: After a jaded magazine writer (Matthew Rhys) is assigned a profile of Fred Rogers (Tom Hanks), he overcomes his skepticism, learning about empathy, kindness and decency from America’s most beloved neighbor.

The Winner: Isn’t it about time Quentin Tarantino claimed his very first Best Picture award (we’re still sorry, Pulp Fiction)? Its jaw-dropping cast and ego-stroking Tinseltown themes give Once Upon a Time in Hollywood arguably the highest ceiling of any contender this year. Bonus points for weaving in another cultural obsession: the Manson Family.

The Winner: We’re going to predict that Greta Gerwig follows up her impressive directorial debut, Lady Bird, with a mesmerizing remake of an enduring classic. The source material, originally published in the 1800s, is a historical contribution to American literature and has since been adapted six times for the big screen (and four times for television). People can’t get enough of this tale.

The Winner: After a successful 2018 (Bad Times at the El Royale, Widows), the ridiculously talented Cynthia Erivo is one Oscar away from earning her EGOT. This could be the moment she makes the leap to full-fledged leading woman. As 90 years of Oscars have shown us, the Academy loves a good biopic, and what greater figure to portray than the heroic abolitionist and political activist Harriet Tubman?

The Winner: Did you know Tom Hanks hasn’t been nominated for an Oscar since Cast Away in 2001? In a pitch-perfect pairing of actor and character, the endearing veteran could very well take one home next year for his feel-good performance as Mr. Rogers.

The Winner: The only actor ever to win an Academy Award for a turn in a Tarantino film is Christoph Waltz. Next year, Margot Robbie could join the list in her highly anticipated role as slain 1960s actress and model Sharon Tate.

The Winner: With four Oscar nominations and no wins over a celebrated career, Willem Dafoe is long overdue for a golden statue. Perhaps the fifth time is the charm. Directed by the hyped Dee Rees (Mudbound), The Last Thing He Wanted follows a journalist (Anne Hathaway) who quits her job to become an arms dealer for a covert government agency. Dafoe will play her father, who organizes shipments of arms to Central American countries. 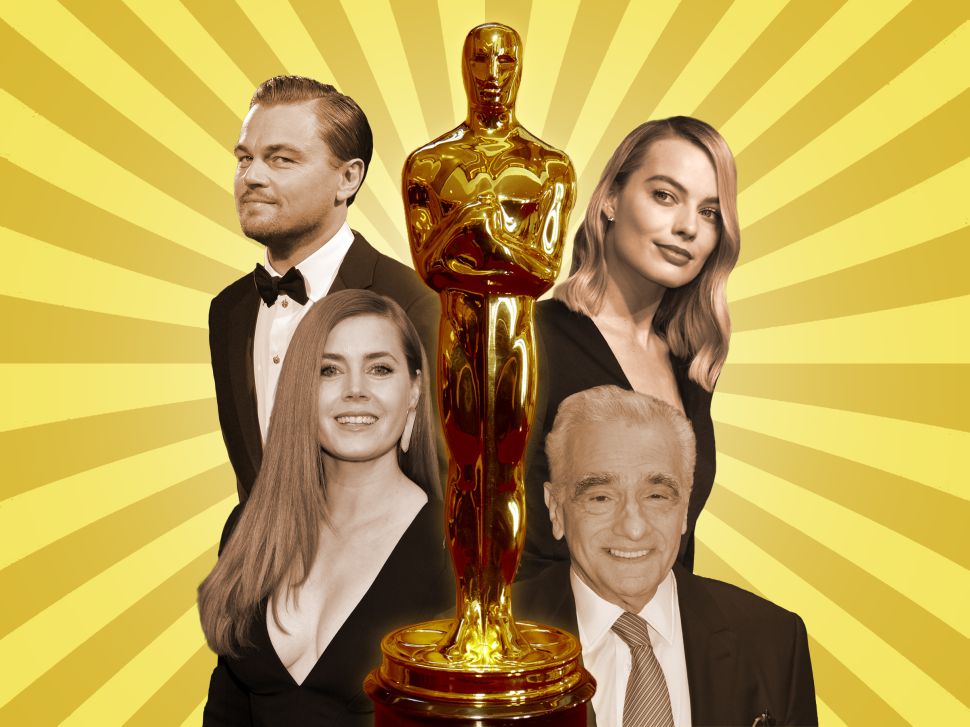